Look for more details into the car maker’s future later this week. 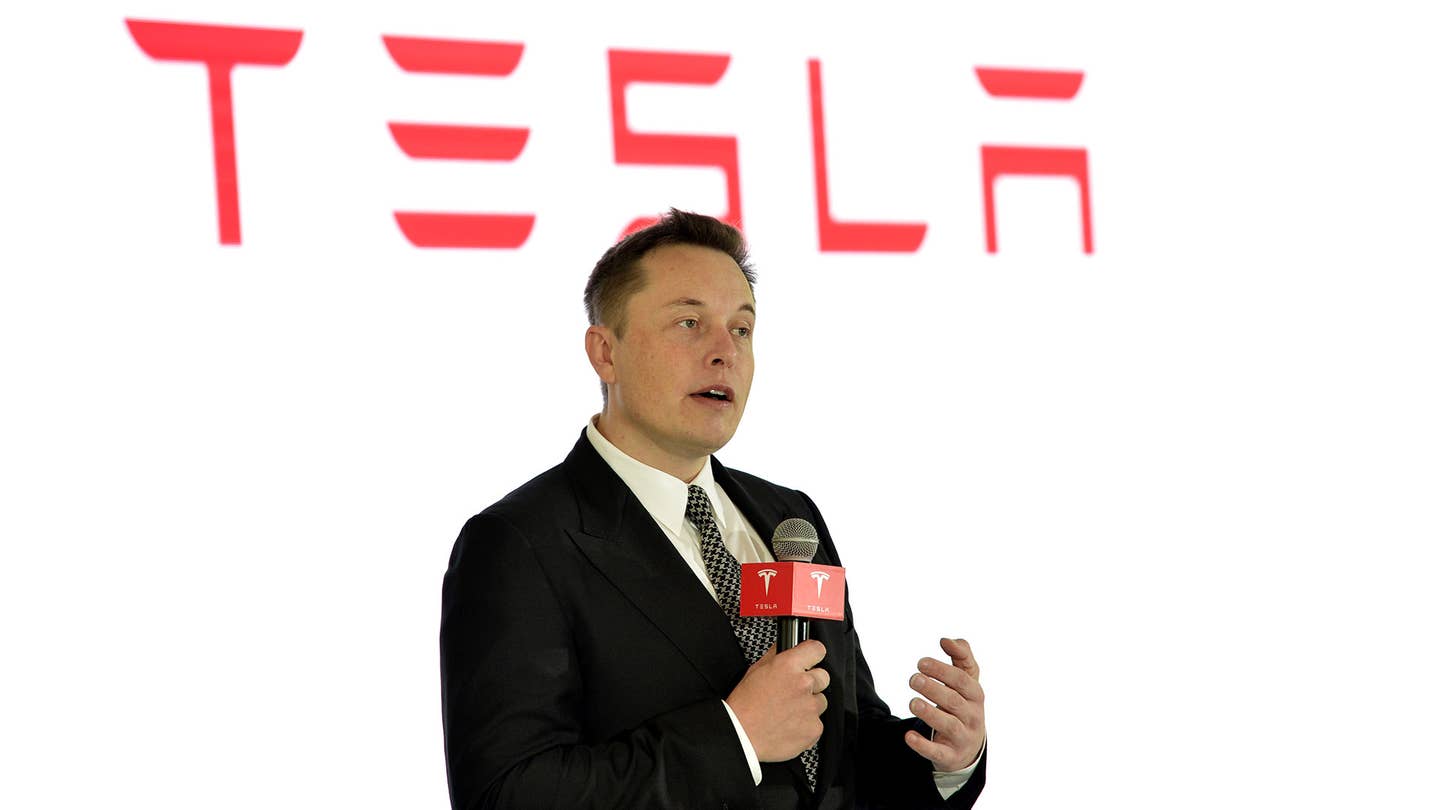 In a move all but certainly designed to help distract from the rough week his company recently suffered through, Elon Musk took to Twitter on Sunday to announce he hopes announce the next stage of Tesla's top-secret master plan for electrically-powered automotive domination sometime this week.

The tweet, which hit the Internet yesterday afternoon, simply stated, "Working on Top Secret Tesla Masterplan, Part 2. Hoping to publish later this week." As The Los Angeles Times pointed out, the language harkens back to a 2006 online post entitled “The Secret Tesla Motors Master Plan (just between you and me),” in which Musk laid out the future of the company after the Tesla Roadster, including the vehicles that would become the Model S and Model 3. In that post, Musk summed up the plan in four steps that more or less set the stage for the subsequent 10 years of the company.

As you'd expect with a top secret Tesla master plan, not much is known about what Elon Musk will be unveiling in the very near future. However, it seems safe to assume the master plan will include news about the Model 3, the soon-to-open battery assembly plant known as the Gigafactory, and the company's planned purchase of SolarCity. We wouldn't be shocked to see some teaser-y news about future vehicles, such as the Model Y compact SUV and the next-gen Tesla Roadster, either.

July has been a rough month for Tesla so far. Word that the carmaker had suffered its first fatal crash in a car using the Autopilot system has been dominating the news since late on June 30; as a result, the NHTSA announced an investigation into more than 25,000 Model S cars equipped with Autopilot. Only days later, Tesla was forced to admit that it missed its delivery goals for the second quarter of 2016.

Then came news that a Tesla Model X may have crashed while using Autopilot on July 1; Tesla refuted the claims, but that hasn't stopped the NHTSA from opening an investigation into that crash, too. Now the National Highway Safety Board has announced it will be opening a more wide-ranging investigation into the Autopilot-linked death of Joshua Brown.