The Tesla Gigafactory’s Grand Opening Is Slated for July 29

New factory will be extremely important for Model 3 production. 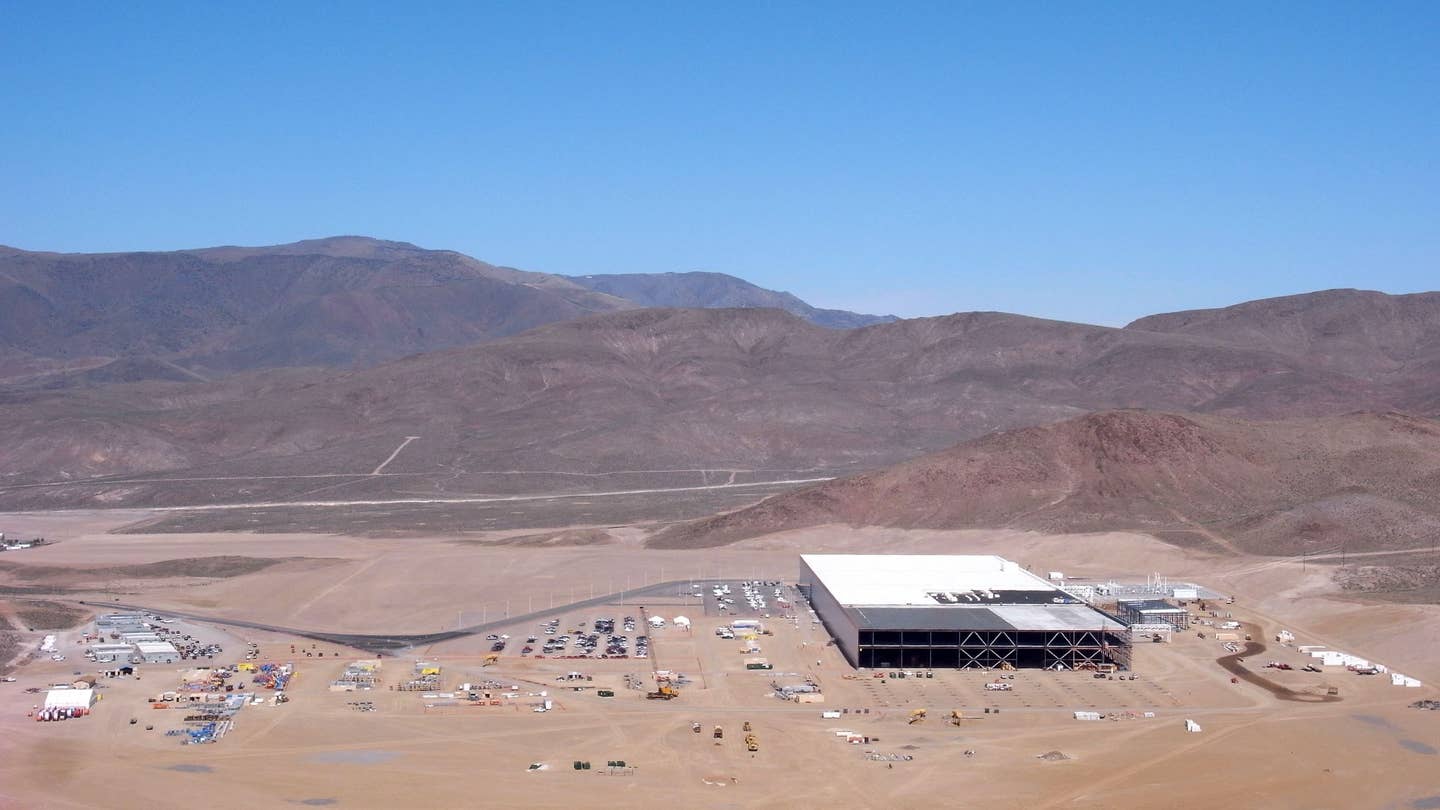 Tesla Motors will be holding a grand opening celebration for its Gigafactory on July 29, according to Fortune—but like the rest of the media, The Drive is still waiting on its invite. So far, only select Tesla owners who have convinced more than five other people to buy cars through Tesla's Referral Program have received invitations to the big day.

That's not to say the facility is sitting idle in the days before the opening. The $5 billion factory, located near Reno, Nevada, is where the electric car maker has been building its Powerpack and Powerwall batteries for home and utility use for several months. But the Gigafactory's greatest value lies in the not-too-distant future; Tesla also plans to use this facility to build batteries for its upcoming and highly-anticipated Model 3 sedan.

As of the beginning of May, the Gigafactory was only 14 percent complete, so odds seem slim that the factory will actually be complete by the time this grand opening comes around in a couple months. Those Model 3-bound batteries likely won't be built until next year, and full production of the semi-affordable sedan's powerpacks isn't expected until 2020.

This isn't the first time Tesla has taken it slow when it comes to ramping up its factories. In April, The Drive reported that Tesla's vehicle production plant in Fremont, California was barely making use of its potential as a 500,000 car-per-year factory, one of several factors causing the carmaker to burn through cash. But Tesla has also been known to delay rolling out new models; if the Model 3 is delayed a year or two, it's possible that the Gigafactory will be running at full production capacity by the time the car has fully hit the mainstream.

Tesla Sold a Gigafactory’s Worth of Cars Last Quarter

Yet another reason for The Musk to be brusque. And pleased.