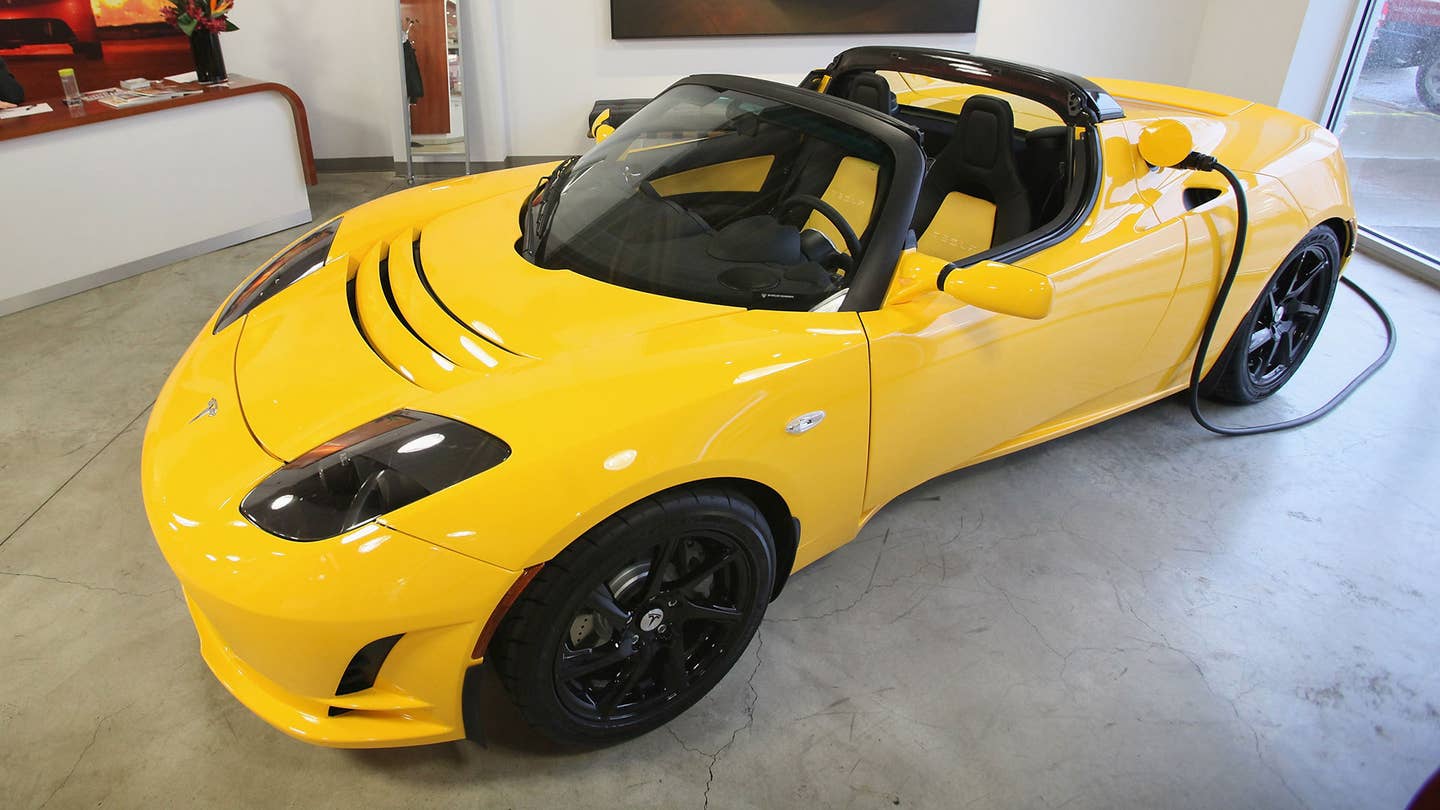 While the Model S, Model X, and Model 3 have launched Tesla into the big leagues, the Tesla Roadster was the car that began Elon Musk's march from "PayPal billionaire" to "futuristic transportation mogul." The Lotus-based electric roadster may never have achieved the financial or popular success of its successors, but it managed to prove to the world that the electric car wasn't a defunct phenomenon best left in the dumpster of history.

Not that many folks around the world ever had the chance to learn that firsthand. Only around 2,450 Tesla Roadsters were manufactured between the car's arrival in 2008 and its departure in 2012, and those cars were scattered across 30 countries worldwide.

Skip a few years down the line, however, and odds are good there will be a whole lot more electric roadsters zipping around. In a recent talk at an electronics trade fair in Gothenburg, Sweden, Tesla director of Nordic Sales Peter Bardenfleth-Hansen seemed to let the cat out of the bag about the car maker's drop-top future.

"We would have loved to build more, but if no one other than you listen, then I can probably tell you that we will manufacture [a new Roadster]," Bardenfleth-Hansen said, according to IDG.se. "It will look a little different, a little faster and get a little bigger."

This isn't the first word about a future Tesla Roadster to sneak into the ether in recent years. Tesla reportedly confirmed to Mashable that the car was indeed in the pipeline, and promised it would arrive by 2019. But Tesla is well-known for kicking deadlines down the road, and the volume-driving Model 3 will presumably consume most of the company's resources for the foreseeable future,

The news that the next Tesla Roadster will look different and be faster than its predecessor isn't particularly shocking. Tesla's design language has come a long way since the Roadster first showed its face nearly a decade ago, and Elon Musk himself has admitted the new sports car will offer a Ludicrous Mode-humbling "maximum plaid" acceleration feature.

But this is the first word we've had that the Roadster will be larger than the previous model. Granted, the original Tesla Roadster was only 155 inches long, or nearly two feet shorter than the current Porsche 911, so the car could grow quite a bit and still be considered a tiny member of the sports car clan. But perhaps we shouldn't expect the next two-seat Tesla to have the sort of dimensions Colin Chapman would love.