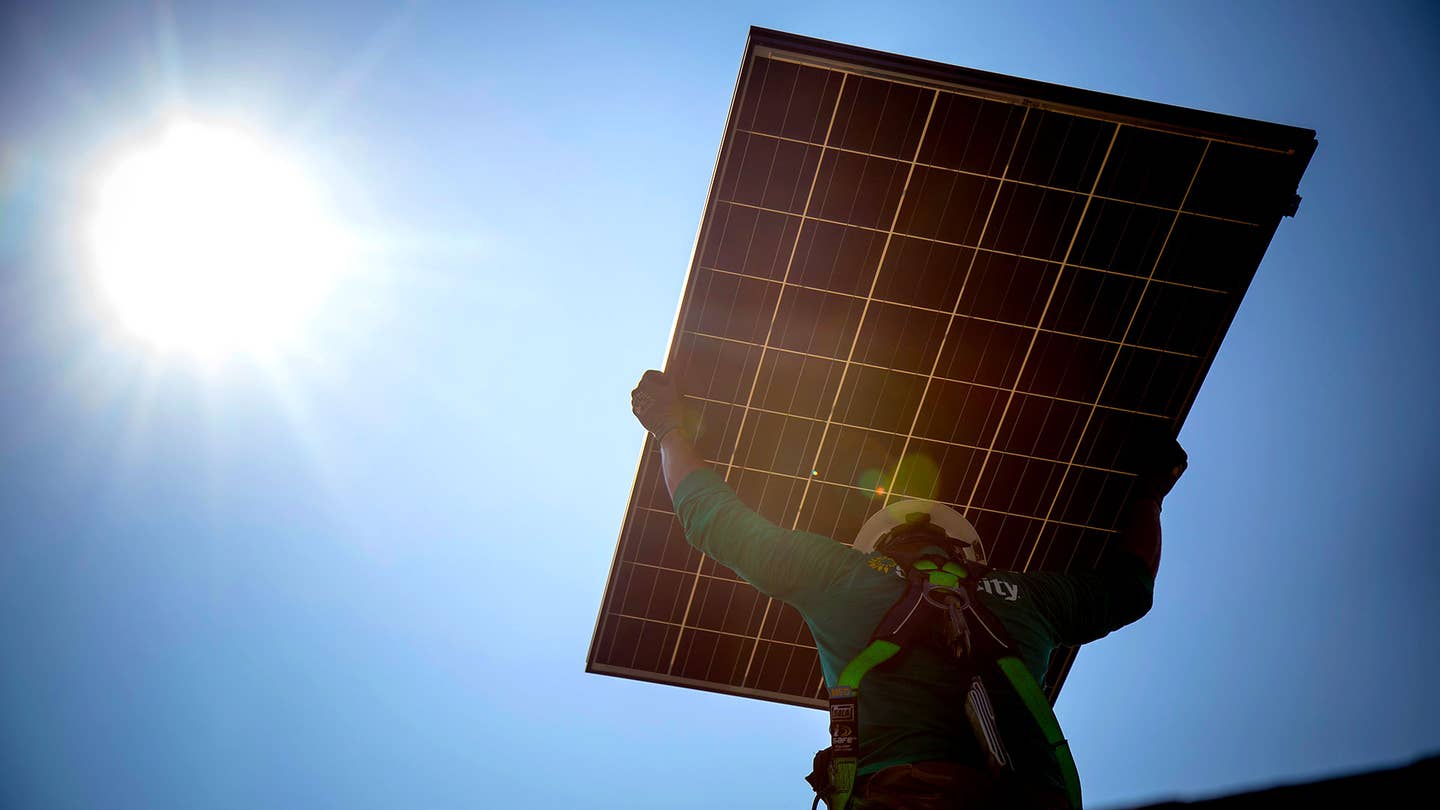 The days of almost-free in-home electric car charging might be nearly here. In a statement released on its blog Monday, SolarCity announced it agreed to combine with Tesla in a $2.6 billion all-stock buyout. Tesla's proposed buyout comes just a month after the electric car maker's initial all-stock offering. At the time, Elon Musk claimed SolarCity's value to be between $2.5 billion and $3 billion.

By pushing this buyout forward, the companies intend to create "the world's only vertically integrated sustainable energy company." Aside from its full-force attack on the world of transportation as we know it, Tesla has also been focusing on creating massive battery packs to change the way homes and other structures receive their electricity. In addition to its array of automobiles, the company currently sells a product called the Powerwall, a $3,000 6.4 kWh battery designed for residences and businesses—such as saving up power from solar cells for nighttime use.

With this merger, Tesla could be able to revamp the ways in which buildings receive and store their electricity. Power could be gathered through SolarCity's solar panels and then routed into a Tesla Powerwall; that electricity could then be use to run appliances inside the structure, or perhaps, y'know, charge the Model S in the garage.

In the accompanying statement, Tesla and SolarCity explain that they believe this merger will allow consumers to gain access to the alternative-energy sources at a lower cost. By bringing the two together, they aim to lower the price of installation and hardware, while simultaneously improving manufacturing efficiency of their products.

The agreed $2.6 billion all-stock buy-out number is pulled from an average stock share price of $25.37. So far, it has been approved by the boards of directs at both Tesla and SolarCity, but the deal is not expected to be finalized until late 2016.

The alternative-energy titan seeks to consolidate his empire.