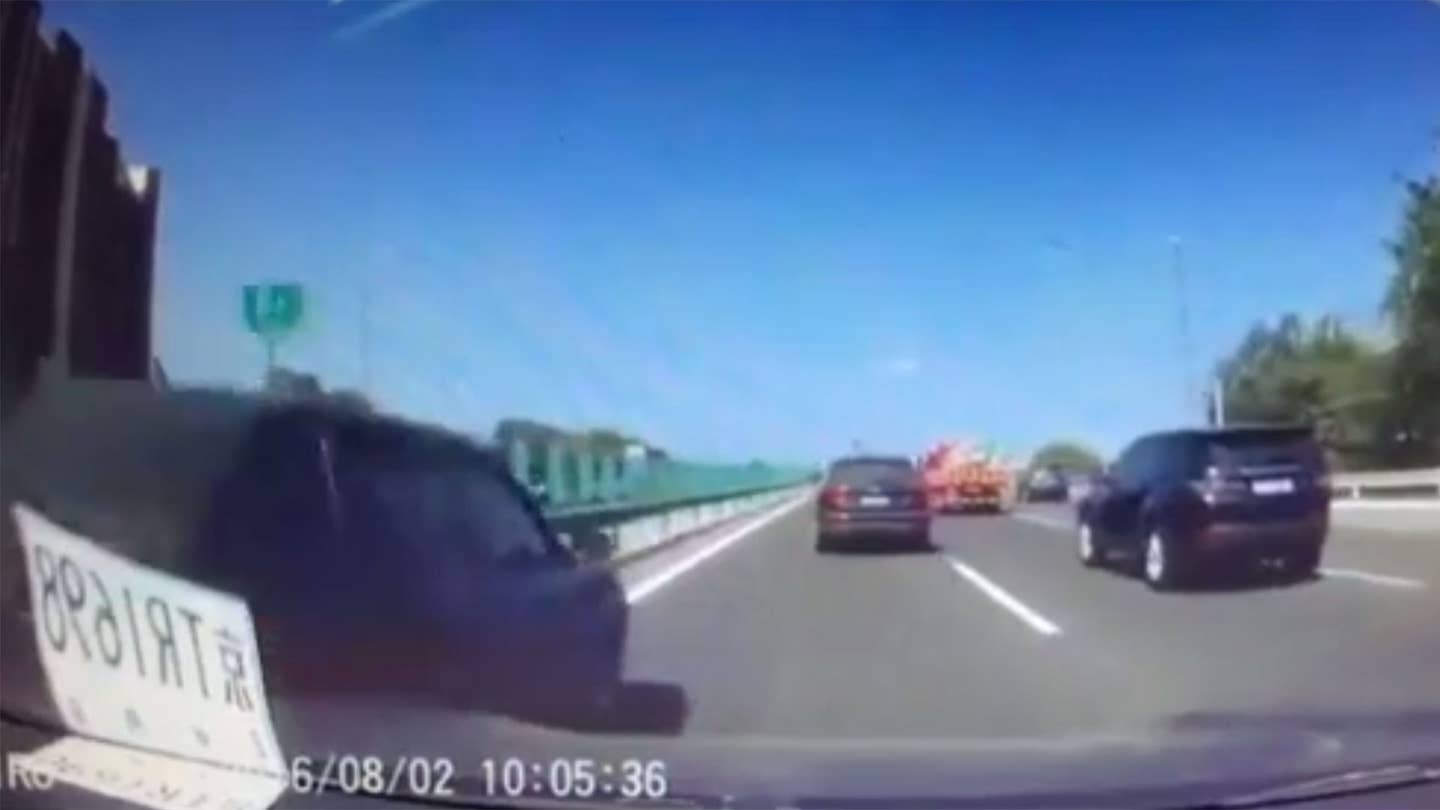 ChinaDaily reports that the Tesla driver, Luo Zhen, stated Autopilot was engaged and he wasn't touching the wheel when his Model S smashed into the disabled vehicle. While the impact looks rather tame in the footage, the damage amounts to $7,525. Claiming "technical bugs in the system of Autopilot," Luo believes that the manufacturer should pick up half of the tab. He believes the driver of the stopped car should be responsible to cover the remainder.

Luo claims he didn't see the impending accident in time to avoid it, though before Luo tries sending his repair bill to Tesla, he should thumb through his owner's manual. It specifically states that situations like this can occur, mandating drivers should always have their eyes on the road:

“Warning: Traffic-Aware Cruise Control can not detect all objects and may not brake/decelerate for stationary vehicles, especially in situations when you are driving over 50 mph (80 km/h) and a vehicle you are following moves out of your driving path and a stationary vehicle or object, bicycle, or pedestrian is in front of you instead. Always pay attention to the road ahead and stay prepared to take immediate corrective action. Depending on Traffic-Aware Cruise Control to avoid a collision can result in serious injury or death. In addition, Traffic-Aware Cruise Control may react to vehicles or objects that either do not exist or are not in the lane of travel, causing Model S to slow down unnecessarily or inappropriately.”

The Drive has contacted Tesla for comment and will update this story if it responds. Watch the crash for yourself below.