Semi-autonomous system has been caught detecting cars that aren’t there. 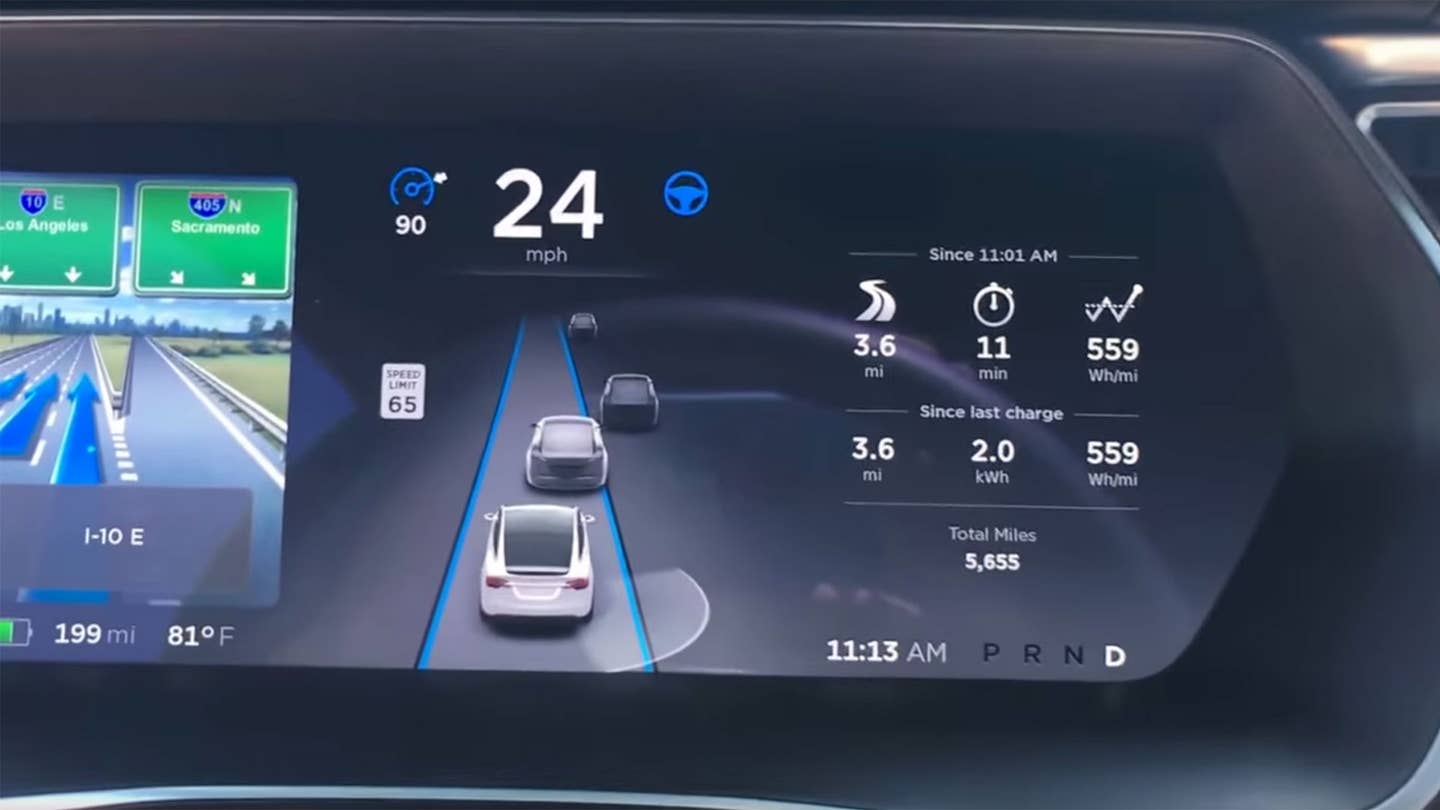 As Elon Musk and the National Highway Transportation Safety Administration could both tell you, Tesla's semi-autonomous driving system is far from perfect. But new reports that Autopilot-equipped Teslas are seeing “ghost cars” could suggest the electric car’s technology is even buggier than some consumers believe.

“Ghost cars,” in this case, refers to vehicles that appear in the Tesla’s instrument cluster when Autopilot is engaged, but are not actually in front of the Model S or the Model X in question. This false positive either automatically slows down the vehicle as it works to maintain distance between it and the phantom car, or it triggers the Tesla's collision warning alert. Reports of the phantom car have occurred on straight roads,curving roads, during the day, at night, and both with and without the presence of other vehicles in front of it.

Tesla X owner Josh Jones recently posted a video on YouTube demonstrating the “ghost car” phenomena while driving a Model X on a California highway. In the video, Jones points out that there is no car directly in front of his SUV, but the adaptive cruise control system acts as though there is, causing his vehicle to slow its speed. When the ghost car vanishes, Jones’s vehicle accelerates to keep pace with the SUV in front of it. Not a big deal in this case—but it becomes one when a ghost car causes your vehicle to slam on the brakes on the highway, as it did to one Florida driver.

The manufacturer has acknowledged the “ghost” problem, according to one member of the Tesla Motors Club forum, and advises people to use the bug report feature when these instances occur. Until a fix is announced, however, consider this another reminder for consumers that the Autopilot is still very much a beta feature.

The Drive has reached out to Tesla for comment regarding the matter; we'll let you know if the carmaker responds to us.