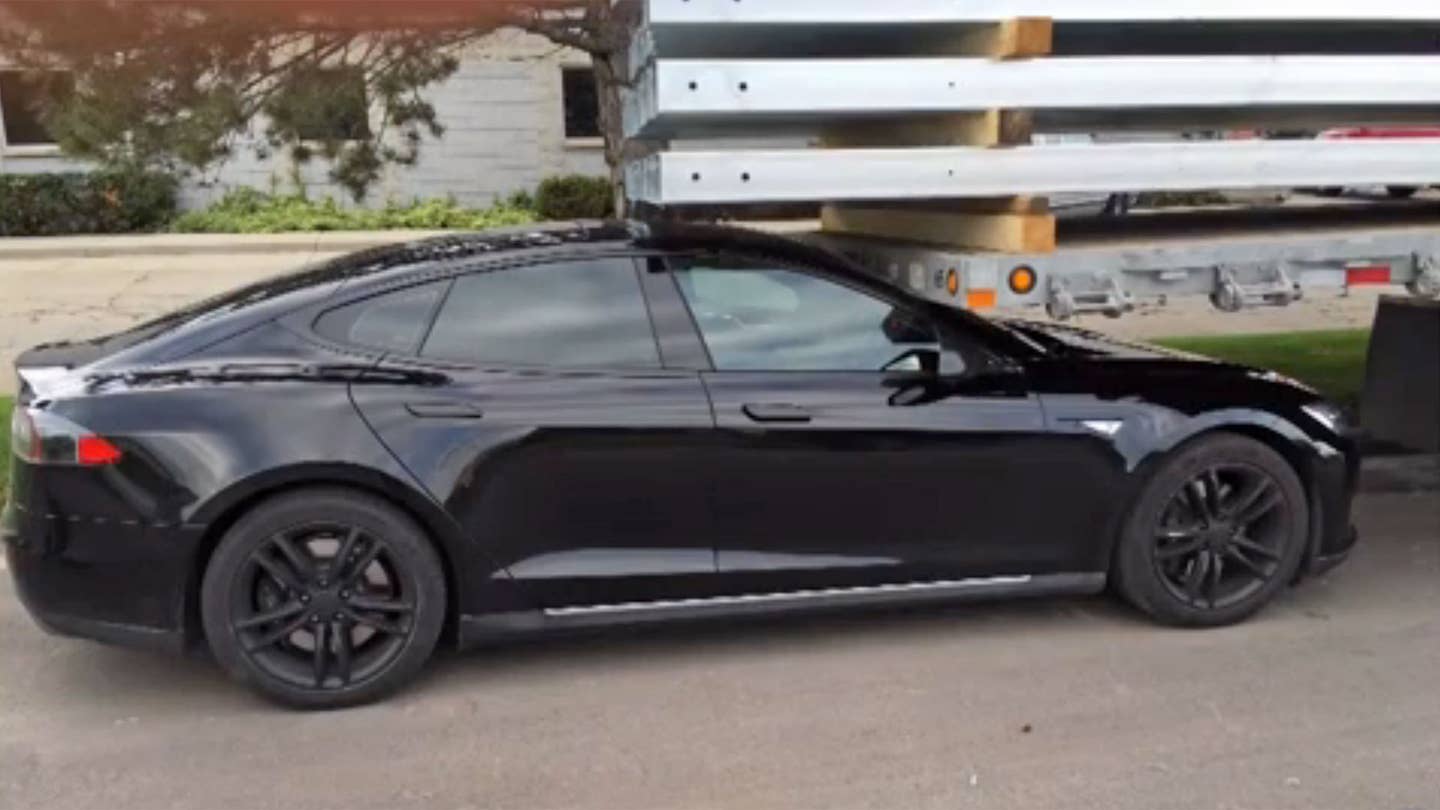 UPDATE: Tesla tells The Drive that the Model S travels at a maximum speed of 1.06 mph while in Summon mode. Given that, it seems possible to us that the car could have begun moving without being noticed.

A Tesla Model S owner in Utah is claiming his electric car drove itself into a trailer late last month—and he says a malfunction in the car's autonomous driving systems is to blame.

According to KSL News, Model S owner Jared Overton says he parked his Tesla on a street in the town of Lindon on April 29, only to return several minutes later to discover the car had plowed its way under the trailer parked in front of it. The impact was forceful enough to smash the car's windshield.

But when he reported the incident to Tesla, the car maker claimed a review of the car's usage logs revealed Overton was responsible due to inattentive use of the car's self-driving Summon feature. The system, Tesla's response letter claims, “was initiated by a double-press of the gear selector stalk button, shifting from Drive to Park and requesting Summon activation.”

While the letter claimed the car began parking itself three seconds after Overton exited the vehicle, Overton says he was within earshot of the car for at least 15 to 20 seconds, and would have heard the impact if the Tesla had crashed during that time. He adds that he had been showing the car off to a worker from a nearby business both before and after the incident, and the other man corroborates his story.

“They can tell me what they want to tell me with the logs, but it doesn’t change what we know happened here," Overton told KSL.

Tesla's Summon feature, like the Autopilot system's Autosteer function, is technically still a "beta" release, which suggests the system is still under development. In a statement released to KSL, the car maker insists customers must take care to monitor their cars during while Summon is operating.

"The vehicle may not detect certain obstacles, including those that are very narrow (e.g., bikes), lower than the fascia, or hanging from the ceiling," the statement read. "As such, Summon requires that you continually monitor your vehicle’s movement and surroundings while it is in progress and that you remain prepared to stop the vehicle at any time using your key fob or mobile app or by pressing any door handle."

The Drive has reached out to Tesla for further comment, and is awaiting a reply.