Even the hybrid pride of Maranello can’t compete with a quad-motor speed machine. 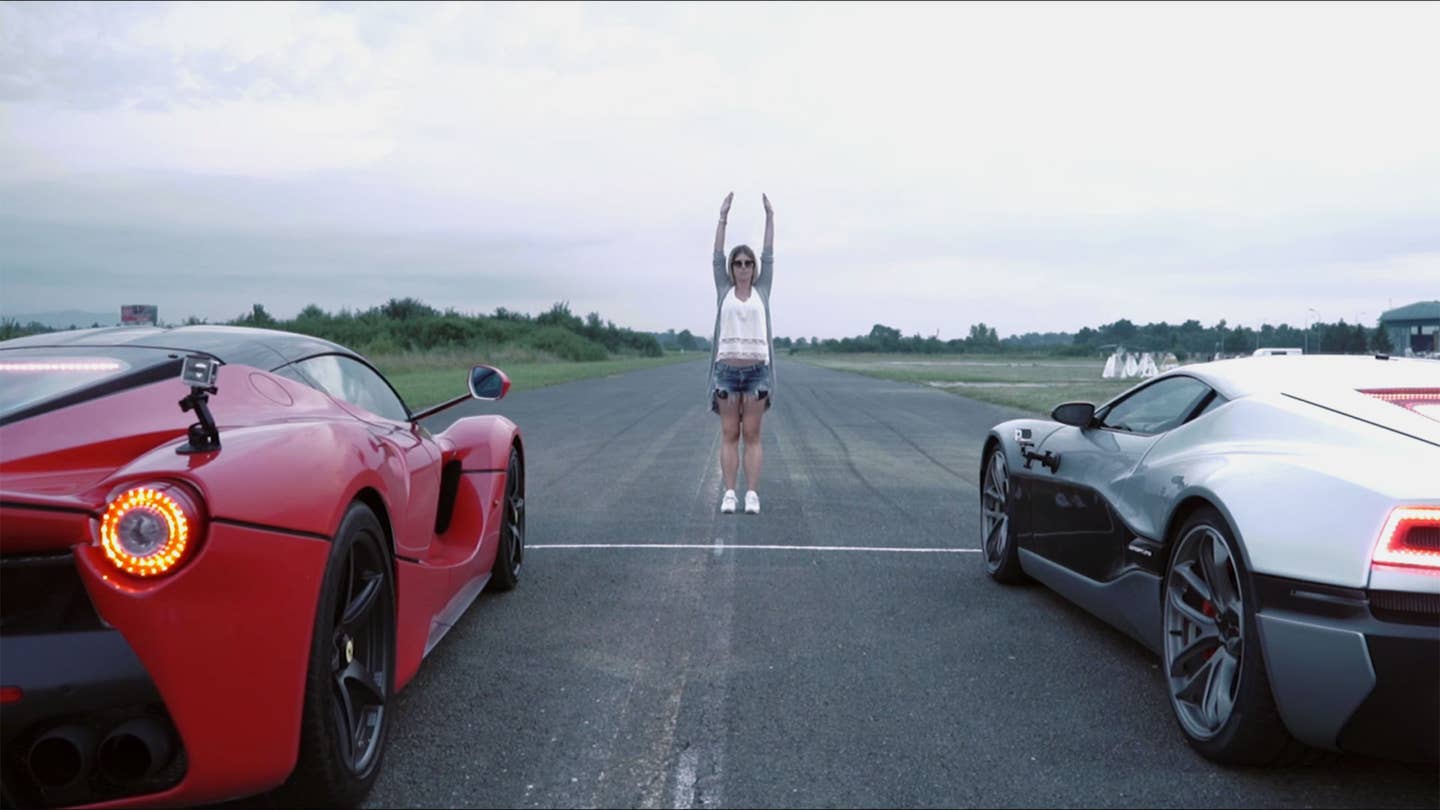 For us, the biggest draw of electric cars isn't the likelihood they will save the world from global warming; it's the skin-rippling torque EVs are capable of producing at launch that can help them crush gas-powered supercars in straight-line acceleration. So it's safe to say a drag race between the Rimac Concept_One hypercar, a LaFerrari, and a Tesla Model S is the sort of electric car video that gets our attention real quick.

The Rimac Concept_One, for those not in the know, is a Croatian-built electric hypercar making 1,088 horsepower thanks to four motors and four gearboxes. As you can see in the video below, which was posted to racing driver Archie Hamilton's YouTube channel, those impressive specs translate to some ridiculous speed...and a car capable of demolishing the pride of Maranello in not one but two separate drag races.

In an explanatory blog post on the automaker's site, founder, CEO, and CTO Mate Rimac, writes that in those drag runs, the Concept_One managed to do 0 to 62 miles per hour in 2.69 seconds and ran the quarter mile in 9.92 seconds; more remarkably, he adds that the car's "powertrain has potential" for even more power. And the electric hypercar seen here isn't just a vaporware prototype; Rimac says the car shown in the video is actually a customer car bound for the United States

Rica also talks about how nervous he was when the Concept_One lined up with the LaFerrari on the tarmac for the first time:

"We knew that the Concept_One was fast, but having it on the line against the mighty LaFerrari made me a bit nervous. I really didn’t know what to expect. Before Archie had an opportunity to test the Concept_One, he said: 'If I had to put my money on anything, the LaFerrari has to win. It surely has to.'”