Vanda Dendrobium Electric Hypercar Is Getting Closer to Production

The Singapore-based company has a stunning car that probably isn’t vaporware. 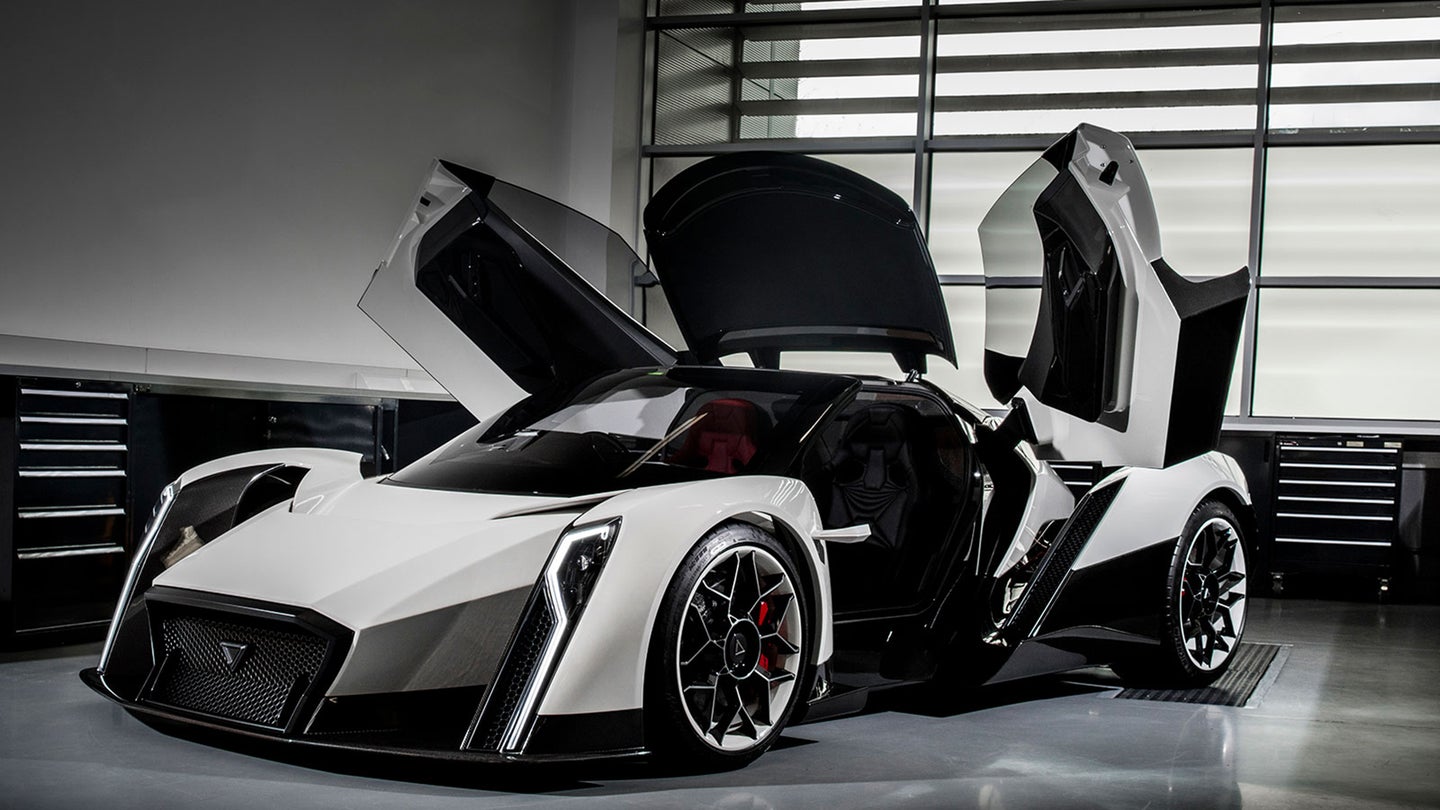 Earlier this year at the Geneva Auto Show, Singapore-based Vanda Electrics showed off its concept hypercar, the Vanda Dendrobium. While a lot of start-ups have been trying to get into the electric hypercar market, some seem to be more vaporware than pushing forward with production. But now, some months later, it looks like Vanda is getting a production plan together to bring its hyper-electric dream into the real world.

Before getting into the car business, Vanda Electrics was and still is, in the battery business. The company is also starting production of the Motochimp, which should be on the market this year. The fact that the same company that is putting out an adorable micro electric scooter is also getting into the hypercar business seems a bit unusual. But maybe it's not. Elon Musk is making electric cars, launching rockets, and wants to shoot us across the country in a tube. So what is stopping someone making both an urban scooter and a luxury supercar?

What makes the Dendrobium not vaporware? According to the company's website, Vanda is partnered with Williams Advanced Engineering. Yes, that Williams, as in the Formula One team. Rather than making a concept that is little more than a rolling chassis, the company has access to real-world parts and technology that are born from racing. The battery in the Dendrobium is based on the battery Williams developed for Formula E. Williams is also responsible for designing the carbon fiber monocoque, the suspension, and working out the aerodynamics.

Vanda's design with Williams doing most of the "make it happen" work has produced a very striking car. The teardrop body is very reminiscent of LMP1 WEC race cars. Without even a small combustion engine in the back, the shape is more extreme. In fact, the whole car looks like more like the concept for a future Le Mans prototype racer than it does a road car. It's almost as if the Glickenhaus SCG003 C and an Elio had a baby.

The car gets its name from the dendrobium orchid. The design was inspired by the way the flower opens when it blooms. As does the flower, so does the car. The doors open up and to the rear while the roof opens as well, allowing easy entry and exit from the car. With that, they have solved one of the biggest problems with super and hypercars.

The Dendrobium is a head-turner. But that is the point of the concept halo car. Vanda is saying that the car will be in production by 2020, with several (presumably very wealthy) people having already placed pre-orders for the car.

Spec-wise, according to Car, the Dendrobium is aiming high. Vanda is aiming for around 1,000 horsepower, with a weight of around 3,600 pounds. They are shooting for a top speed of 200 mph and a 0 to 60 time of 2.6 seconds. While that sounds impressive, it's pretty much on-par with what a hypercar needs to be able to do. The Dendrobium should be sporting two electric motors per axle, with a single speed gearbox up front and a multi-speed gearbox in the back. Development is underway for all sorts of software magic to manage the torques to get all that electric power to the wheels in the best way possible.

The folks over at Fully Charged got to spend some time with the car, and you can watch the results below.

The Dendrobium has been spotted in Monaco moving, albeit slowly, under its own power.

Most recently, it was spied moving along a decent rate of speed, which is an encouraging sign of its development. The Drive will be keeping an eye on the Dendrobium. There is a lot of potential here. Hopefully, we'll get to see the Dendrobium doing some speed runs in the near future.

The state government says Elio needs either a manufacturer’s license or distributor’s license to sell cars in Louisiana, neither of which they have.