Automobili Pininfarina Will Deliver an Electric Hypercar in 2020

The famous Italian styling house won’t just design cars for others any more—it’ll make them itself. 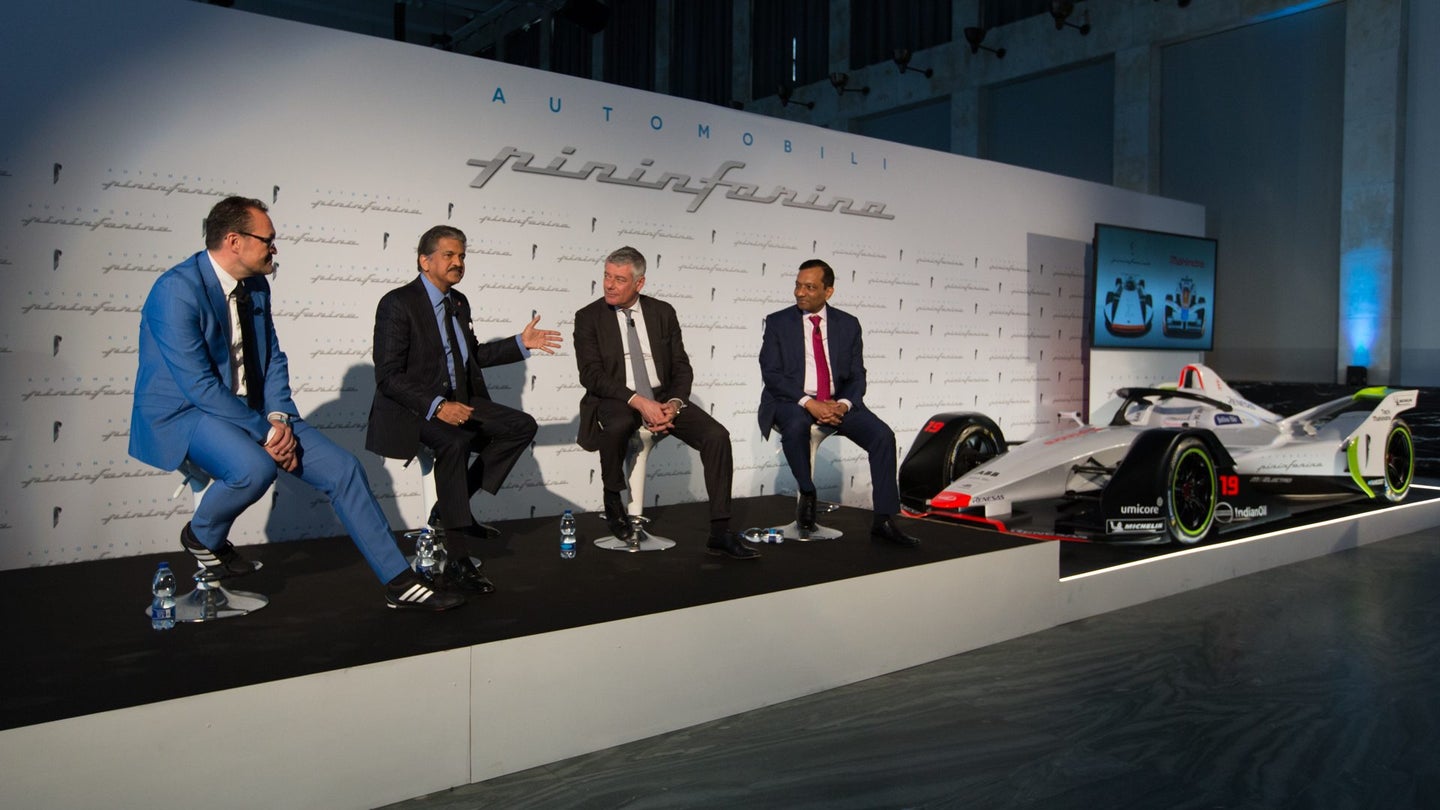 Pininfarina has decades of esteemed automotive design under its belt. Its current Indian ownership, Mahindra & Mahindra concluded that it was time for Pininfarina to graduate from design alone, and begin selling cars under its own name. On Friday, the company announced that Automobili Pininfarina will debut an electric hypercar in 2020, Pininfarina's 90th anniversary.

The new arm of Pininfarina will be headquartered in Europe, though which country will host the company was not disclosed. Mahindra states that the company's electric vehicle powertrains will be developed with knowledge gained from its involvement in Formula E. Mahindra's second-generation Formula E car can be seen in the photo above.

Pininfarina attempted an expedition into the electric supercar market back in 2016, when it showed off a hydrogen fuel-cell electric vehicle and intended to manufacture 10 and sell them at $2.5 million apiece. Little has been heard of the vehicle since, and while no formal connection between the 2016 concept car and the subject of Friday's announcement has been made, the similarities between the two projects are striking. Top Gear claims that the unnamed Pininfarina will do 250 mph and achieve zero to 60 in under 2 seconds, but does not cite a source for these purported performance figures.

The Drive contacted Mahindra for further information on the car and will update if we receive a response.

Techies with seven-figure holes in their pockets and a penchant for speed will be spoiled for choice in the near future. The Tesla Roadster encouraged competition to emerge from almost every corner of the technological and industrial world. Croatia has its Rimac C_Two, Japan, the Aspark Owl, and Taiwan will put forward the Xing Mobility Miss R. Bigger automakers such as Porsche and Ferrari are linked to their own projects, but the ability to produce products en masse is just as important as bleeding-edge tech in establishing dominance in the EV market.