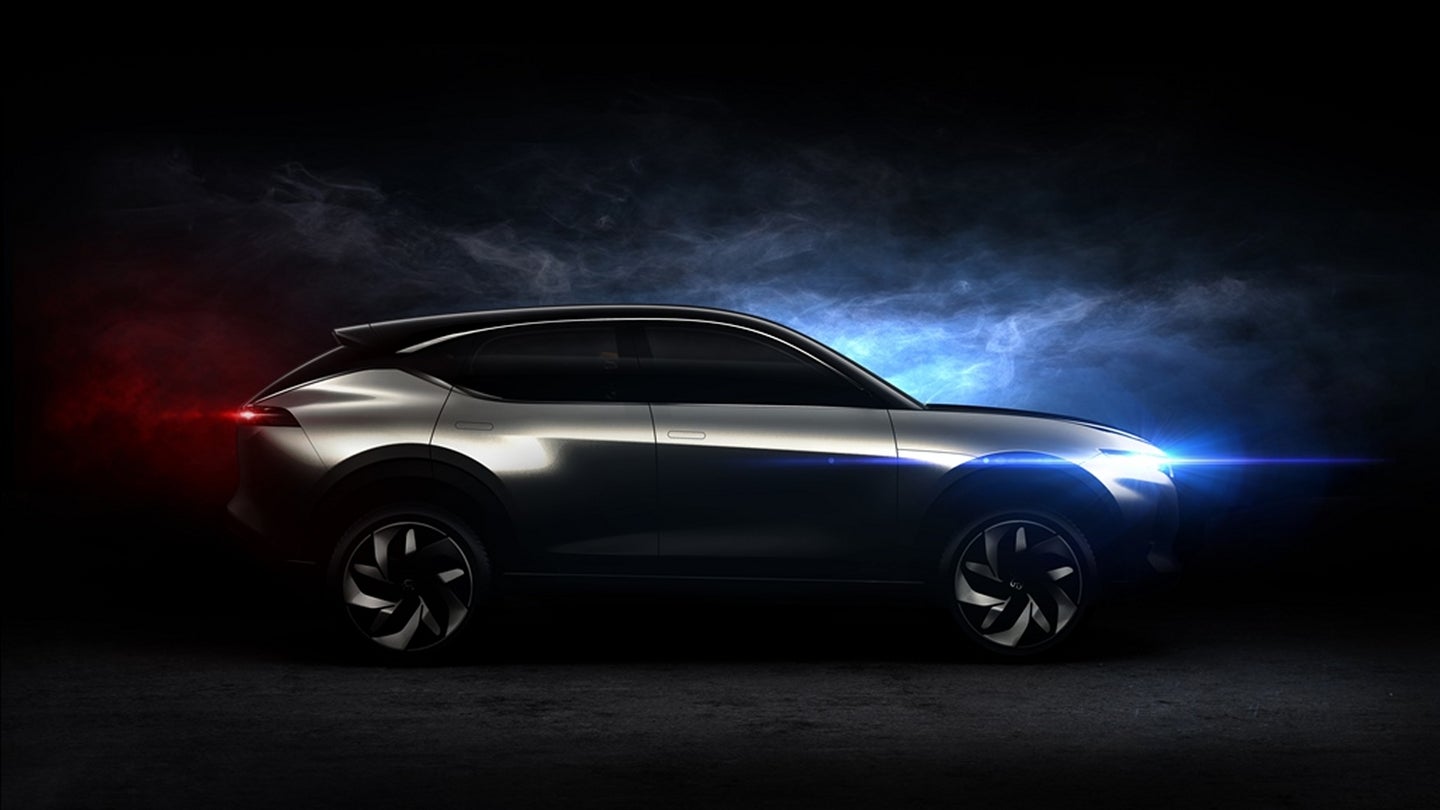 With the Auto China 2018 around the corner, its the time for more teasers. This time it is a svelte-looking K350 electric SUV from Hybrid Kinetic Group.

The K350 will be the most compact SUV in the range and as observed from the pictures, it has been endowed with balanced proportions combined with some visual athleticism. Other highlights of the exterior design include a contrasting black coupe-like roof line, concealed door handles and turbine-inspired 5-spoke alloy wheels sporting low-profile tires.

The stylish dual-tone interior will have interesting cantilever-style seating arrangement with fixed headrests. And the upholstery will be heavily embroidered with contrast stitching, with the company emblem embossed on the seat backs. There seems to good use of satin finish metallic trims all around the cabin too. Of course, all this is speculation based on the pictures and we will have to wait till the show before confirming anything.

Both the new SUV, as well as the H500 sedan and the gran turismo HK GT, also to be displayed in Beijing, feature the leading edge technology developed by HK for the drive train including the battery pack, the electric motors, the central control unit and the range extender.