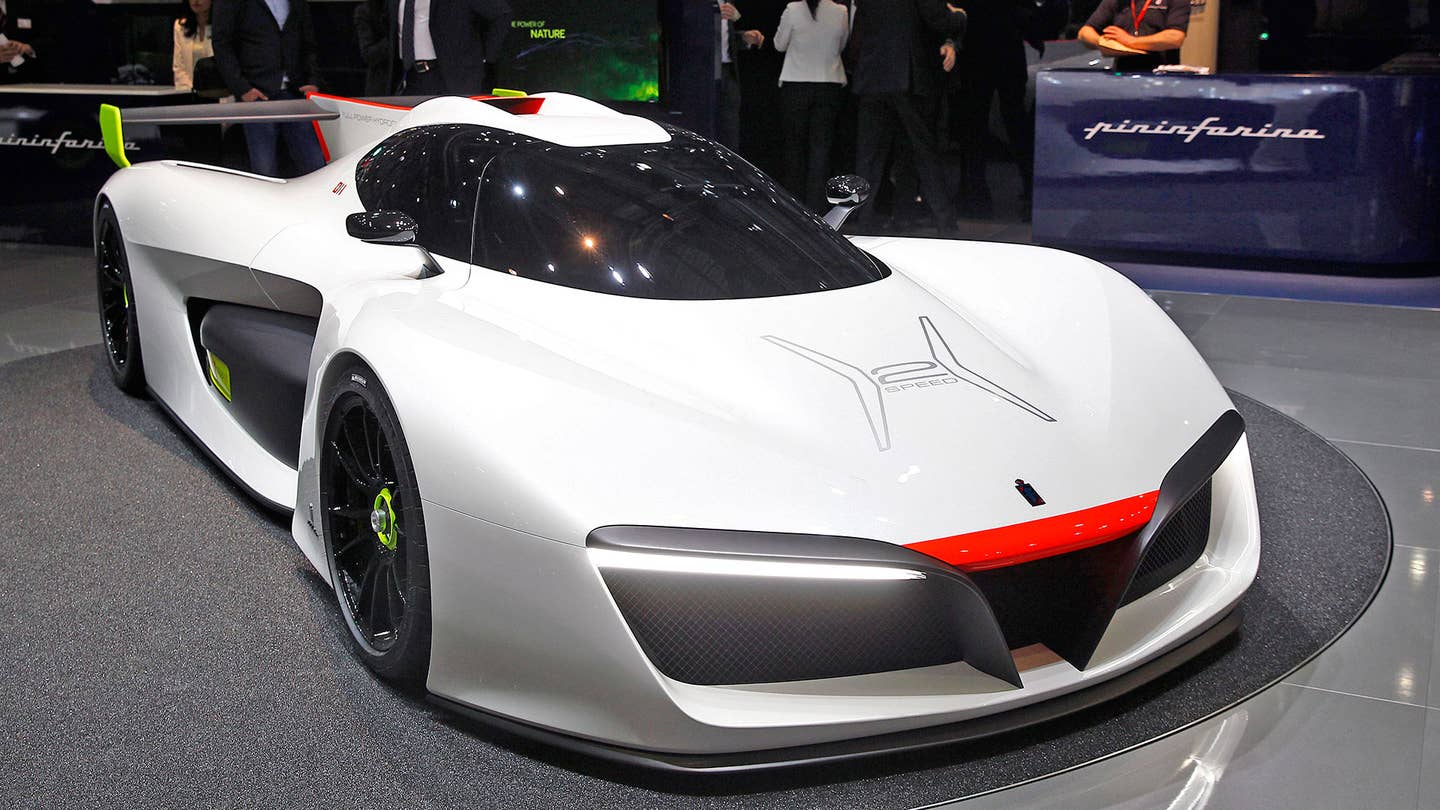 The H2 Speed first made an appearance at the Geneva Motor Show earlier this year with the word “Concept” clearly affixed to its name, but in an interview with Automotive News at the Pebble Beach Concours d’Elegance, Pininfarina CEO Silvio Pietro Angori said the famed design studio would indeed build 10 examples of the slippery-looking track car.

The H2 Speed, which Angori described to AN as “a racing car for gentleman drivers,” will reportedly be built on a Le Mans Prototype 2 chassis. Unlike those hardcore racers, however, the supercar will stick with the sort of powertrain used in the concept vehicle: a pair of electric motors fueled by a hydrogen fuel cell, with at least 500 horsepower making its way to the rear wheels. (The powertrain will be developed by GreenGT, which builds fuel cell and other alternative energy powertrains for everything from concept cars to military vehicles, according to its website.) Given the average weight of an LMP2 car and the instant-on nature of electric motor torque, we expect laughably-quick acceleration runs.

A prototype should be up and running by next year, the CEO said, with the “production” cars hitting the street tracks in 2018. Pininfarina reportedly already has buyers at the ready, but if you don’t think you can live without the H2 Speed in your (presumably ginormous and already supercar-packed) garage, it may not be too late. Just be sure you have at least $2.5 million sitting in the bank.