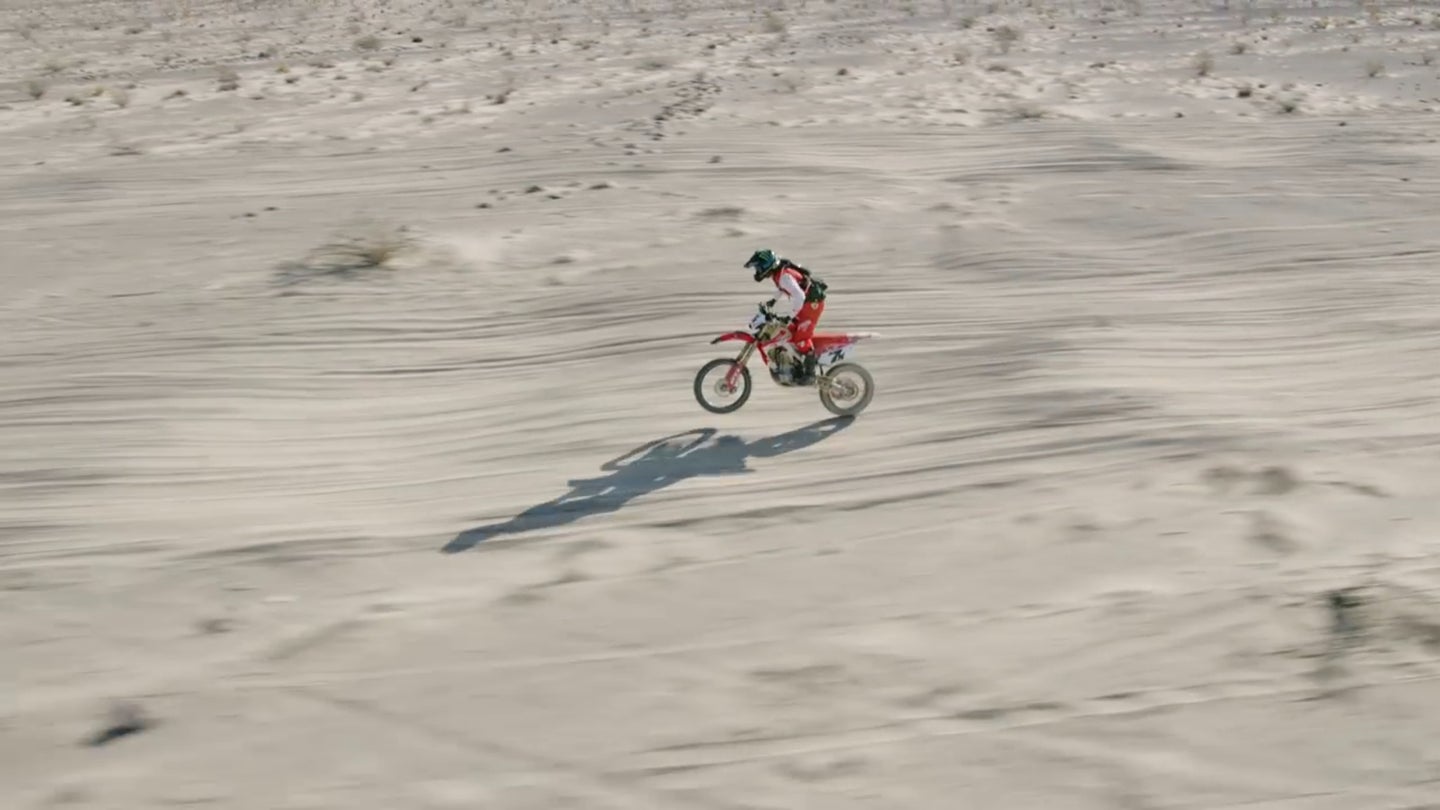 Late last year, The Drive featured a clip showcasing what it takes to race the Baja 1000.

It was the 50th anniversary of the race and in the aforementioned Monster Energy YouTube video, the likes of Baja competitors such as Cameron Steele, BJ Baldwin, Tim Herbst, Casey Currie, and Shannon Campbell gave their take on the famed off-road enduro. This time, the Monster crew is back with another featured video covering the 50th running of the Baja 1000's little brother: The Baja 500.

As described in the video, the baby Baja culminates the craziness of Mardi Gras, Woodstock, the Super Bowl, and the Indy 500 all in one beautiful city called Ensenada, Mexico. Whereas the Baja 1000 is a sprint-like race beginning in Ensenada and ending in La Paz, Mexico, the 500 both begins and ends in Ensenada with the race route being a loop of sorts.

Much like its big brother, the Baja 500 begins with the bikes leaving the base at 3 a.m. The video highlights the Slam Life Racing (SLR) Honda team of Justin Morgan, Mark Samuels, and Justin Jones piloting their Honda CRF450 bike, and in turn, the two-wheeled aspect of the race is covered and compared to the premier series trucks.

After the bikes get going, the trophy trucks leave at 8 a.m. Multi-year Baja 1000 winner BJ Baldwin compares the trophy trucks to bullets, saying they aren't quite as fast as one, but with the size and weight of the trucks, they carry even more kinetic energy.

Altogether, this shorter variant of the beloved Baja is just as fun, just as crazy, and a bit more laid back. That being said, competition is still high and you can check out the details in the video below.

Eating Everyone Else’s Dirt at the Baja 500