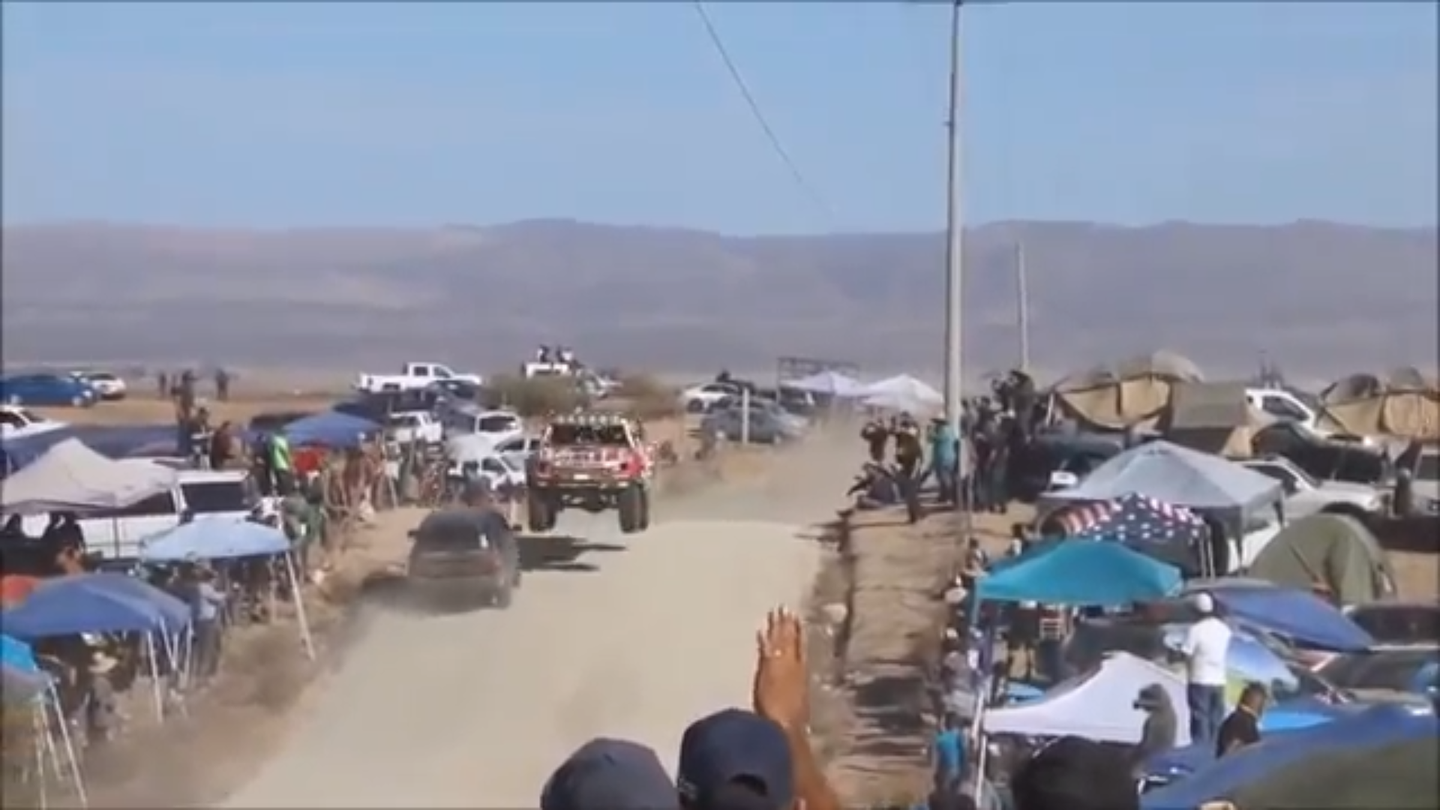 On Friday, racer and previous Indy 500 champion Alexander Rossi was competing in Mexico's Baja 1000 off-road race when he nearly suffered a head-on collision with a black Jeep Grand Cherokee that a spectator was driving along the narrow dirt course. Footage of Rossi's near-miss has been captured by a spectator and uploaded to the Team 4M Offroad Facebook page.

As shown in the video, Rossi's Honda Ridgeline race truck accelerates up a blind hill with the Grand Cherokee coming up on the other side. The Baja truck then sails through the air as the Jeep's driver swerves left to avoid it. Rossi's right front tire clips the passenger side of the SUV and appears to take off one of its mirrors.

An alternate angle of the incident has also been uploaded to Rossi's Twitter.

An update from the Honda Off-Road Racing team confirms that the racing truck has since continued the Baja 1000 race with minimal damage. Baja's official vehicle tracker shows the Ridgeline crossing the finish line in Ensenada, Mexico on Nov. 17 at 2:52 p.m. Driver Jeff Proctor was behind the wheel of the truck as it completed the event. The race's leaderboard also shows the Honda team taking the third place spot in Class Seven.

We really can't stress enough the importance of acting cautiously around a live race track, especially one that's in the middle of the desert. If luck wasn't on the Jeep driver's side, this incident could've turned ugly for them, Rossi, and the other spectators lining the race course.

Because how awesome would it be to off-road your $3-million hypercar?