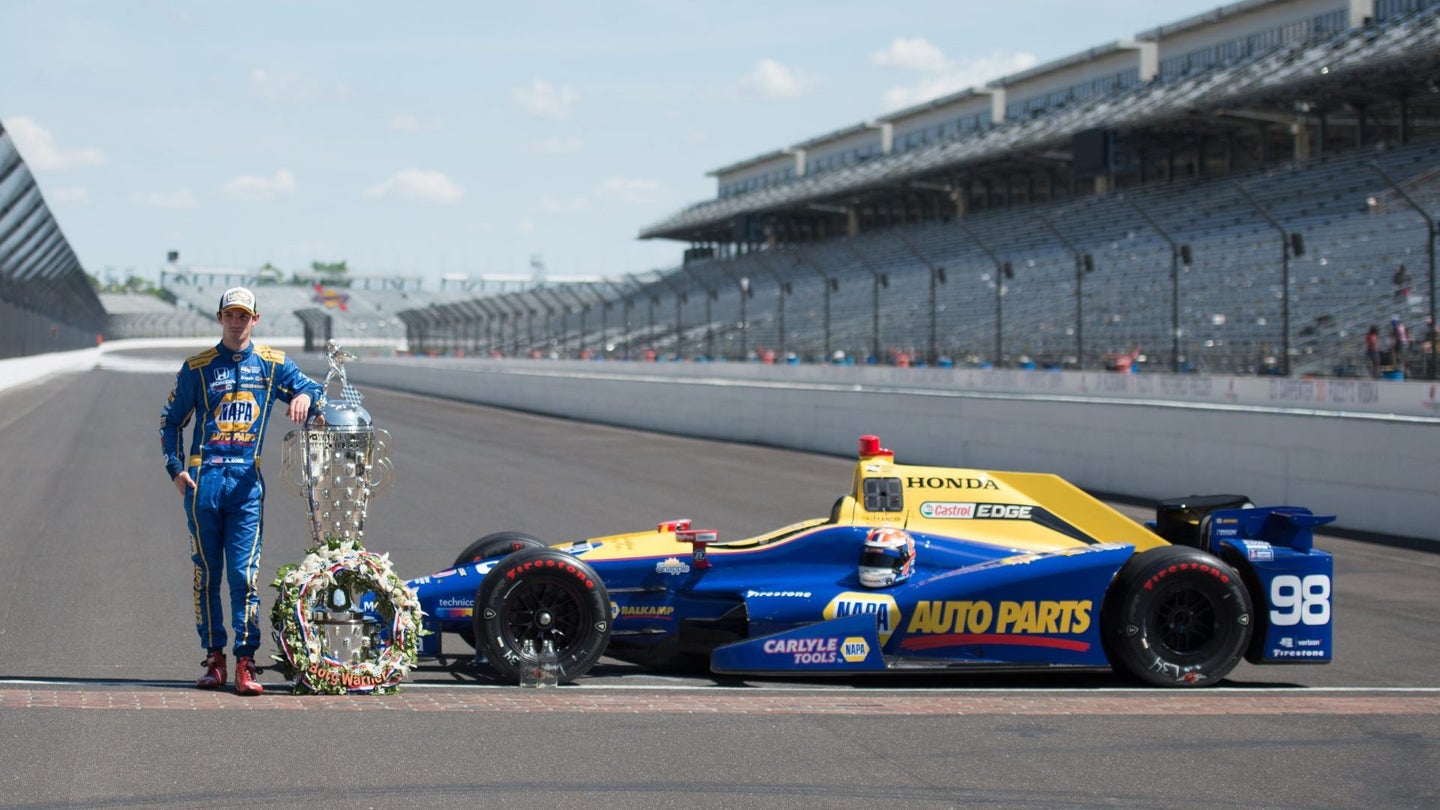 The car, chassis number 037, is under a signed loan agreement with the Indianapolis Motor Speedway Museum and will remain in its custody through December 31, 2018. The buyer has not been identified, and according to Mecum Auctions, its hammer price fell slightly short of official expectations, which projected a $1,175,000 to $1,250,000 winning bid.

Though it comes with its paddle-shifted, six-speed Xtrac transmission, the corresponding 2.2-liter, twin-turbo Honda V6 that powered Rossi's Dallara to victory in the race will not be included. Instead, an optional 99-year engine lease contract can be triggered by the DW12's new owner starting in October of 2020 (when the current engine regulatory era ends), wherein they can drop more than $125,000 to have the race-winning engine rebuilt and fitted to the car, and agree to display it in the aforementioned museum for three months per year, between April and June.

Must be a good time to be an oligarch.

Among the Bugattis, Paganis and Ferraris, this Pinto stood out as one of the most interesting cars for sale at Monterey Car Week.