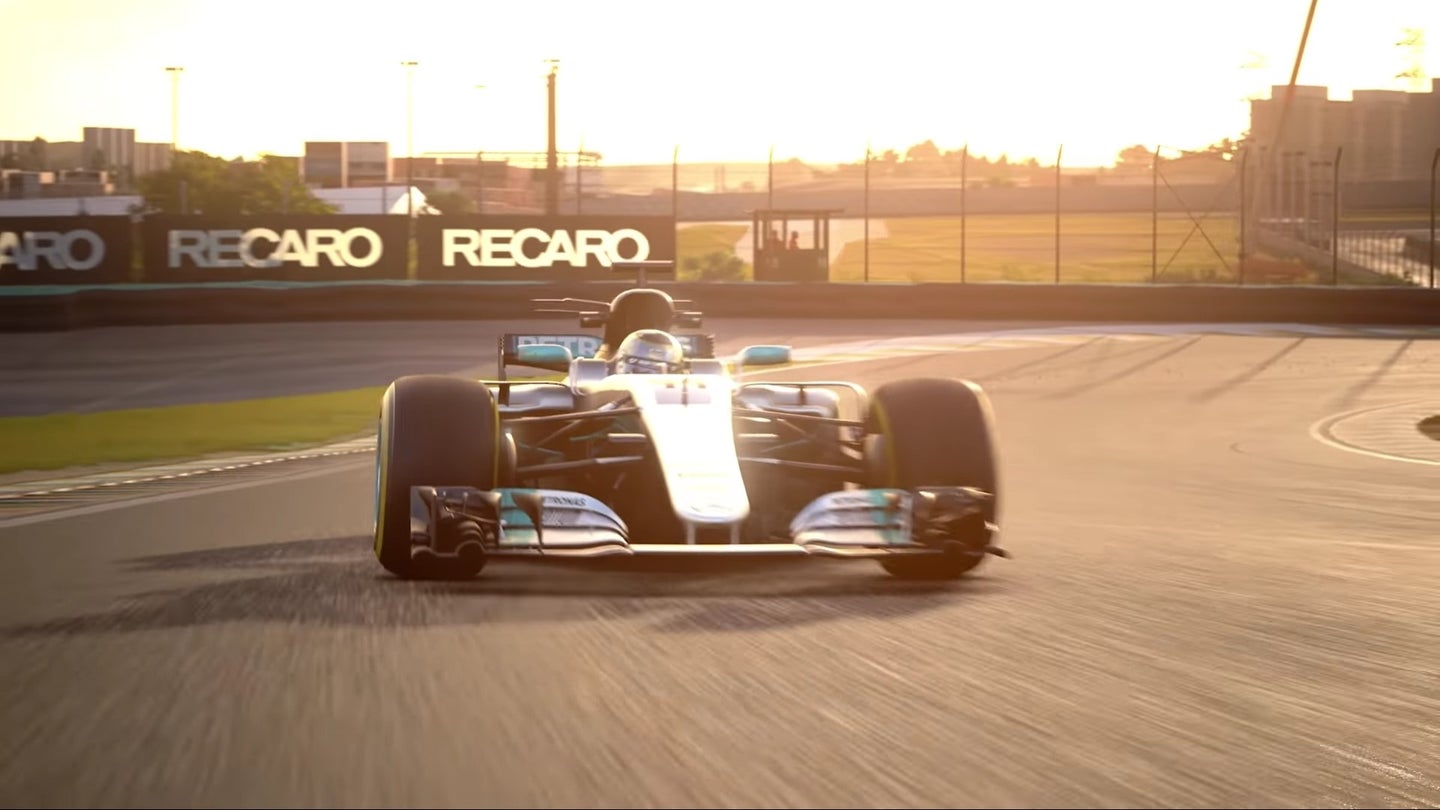 The reigning champ's former ride is joined by six other new vehicles of wildly varying exoticness. The game gets Mazda's legendary 787B Le Mans racer, a Ford GTLM test car lifted from previous games, and a 1962 Ferrari 250 GTO. That superstar lineup is balanced by a humble trio of open-top kei cars in the Daihatsu Copen, Honda Beat, and Honda S660. Here's the official list:

Beyond cars, GT Sport also gets a brand new fantasy track, Circuit de Sainte-Croix, located in a fictional south of France. Stretching up to 5.9 miles, Sainte-Croix boasts three different layouts for players to learn and master.

The update also adds the option to buy certain in-game cars in exchange for real cash. Thankfully, these microtransactions are purely optional and limited to virtual vehicles priced under 2 million in-game credits.

Racing suits and helmets can now be customized and included in GT Sport's "Scapes" photo mode allowing for some dope shots of your virtual self striking a pose next to your virtual ride.

Fans of the game's singleplayer mode can look forward to three new events that take advantage of the most recently added cars: a Lightweight K Cup for small Japanese things with less than 660 cc under the hood, a Nostalgic Car Festival for cars made before 1979, and a Mercedes AMG Grand Prix that lets players impersonate Lewis Hamilton among a field of other Lewis Hamilton impersonators.

Hamilton achieves his biggest championship lead of the season…But does this portend a challenge later on?