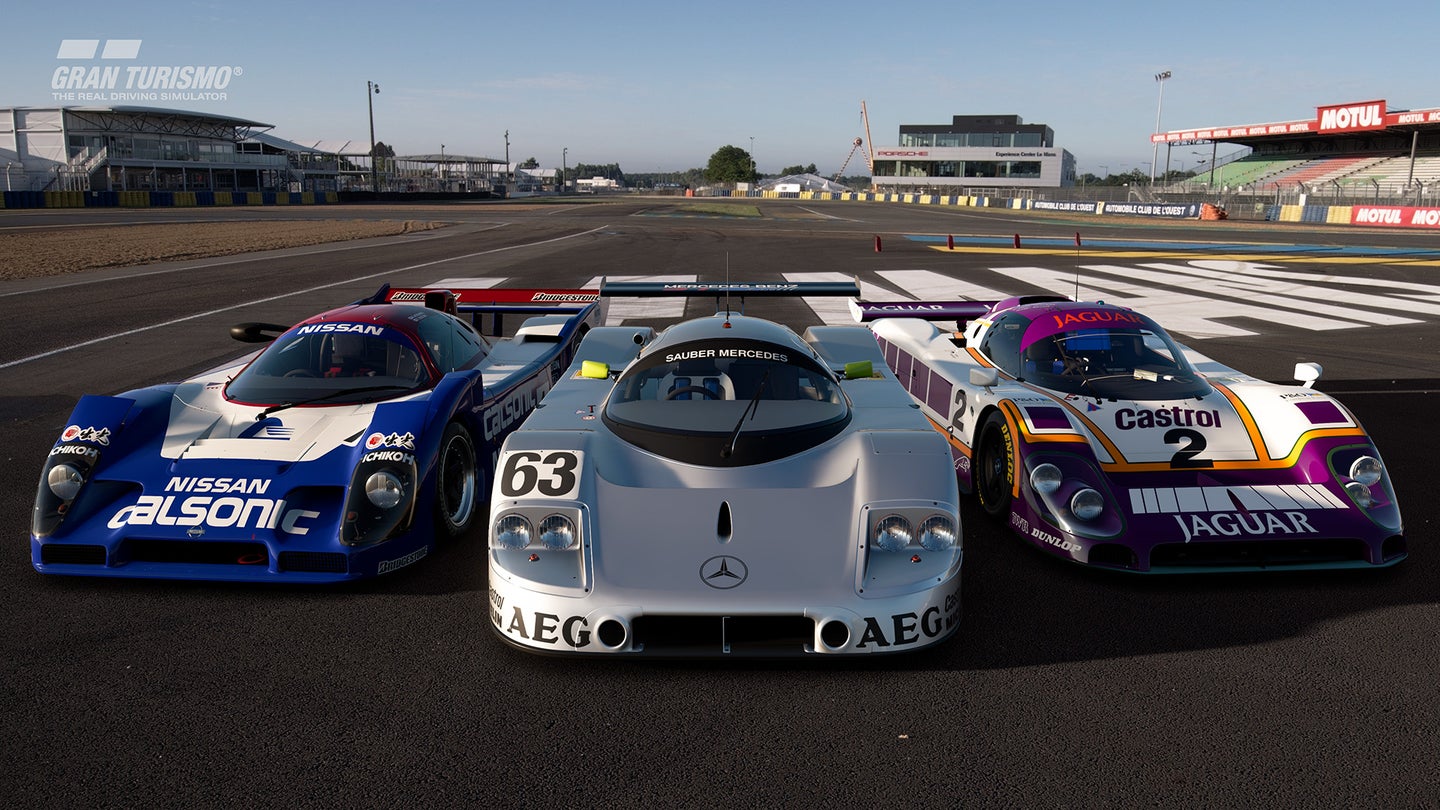 After much pleading from fans, the Circuit de la Sarthe is finally coming to Gran Turismo Sport. Better known as Le Mans, the famous French track arrives as part of the PlayStation racing game's free monthly update for the month of May, coming a fortnight prior to the storied eponymous endurance race's 86th running.

In addition to the 8.5-mile track, the update also brings nine new cars including, appropriately, a trio of Le Mans Group C racers from the late '80s and early '90s. As we predicted when the content drop was teased late last week, GT Sport players also get the Mitsubishi Evo IV, Lamborghini Miura, original Fiat 500, a couple of modern Renault hatches, and another Toyobaru. Here's the complete list:

In case you were unaware, the Jaguar and Sauber Mercedes finished first at the 24 Hours of Le Mans in 1988 and 1989, respectively.

On top of the cars, tracks, and events, the folks at GTPlanet have unearthed a laundry list of additional gameplay enhancements and bug fixes. According to the site, new photo mode "Scapes" from key locations in and around Le Mans and Porsche's headquarters have been added. A "Museum" feature is now reportedly available for Dodge.

Gran Turismo Sport and its latest downloadable update is available now for PlayStation 4.

Highlights include the E30 BMW M3 and Ford GT40.