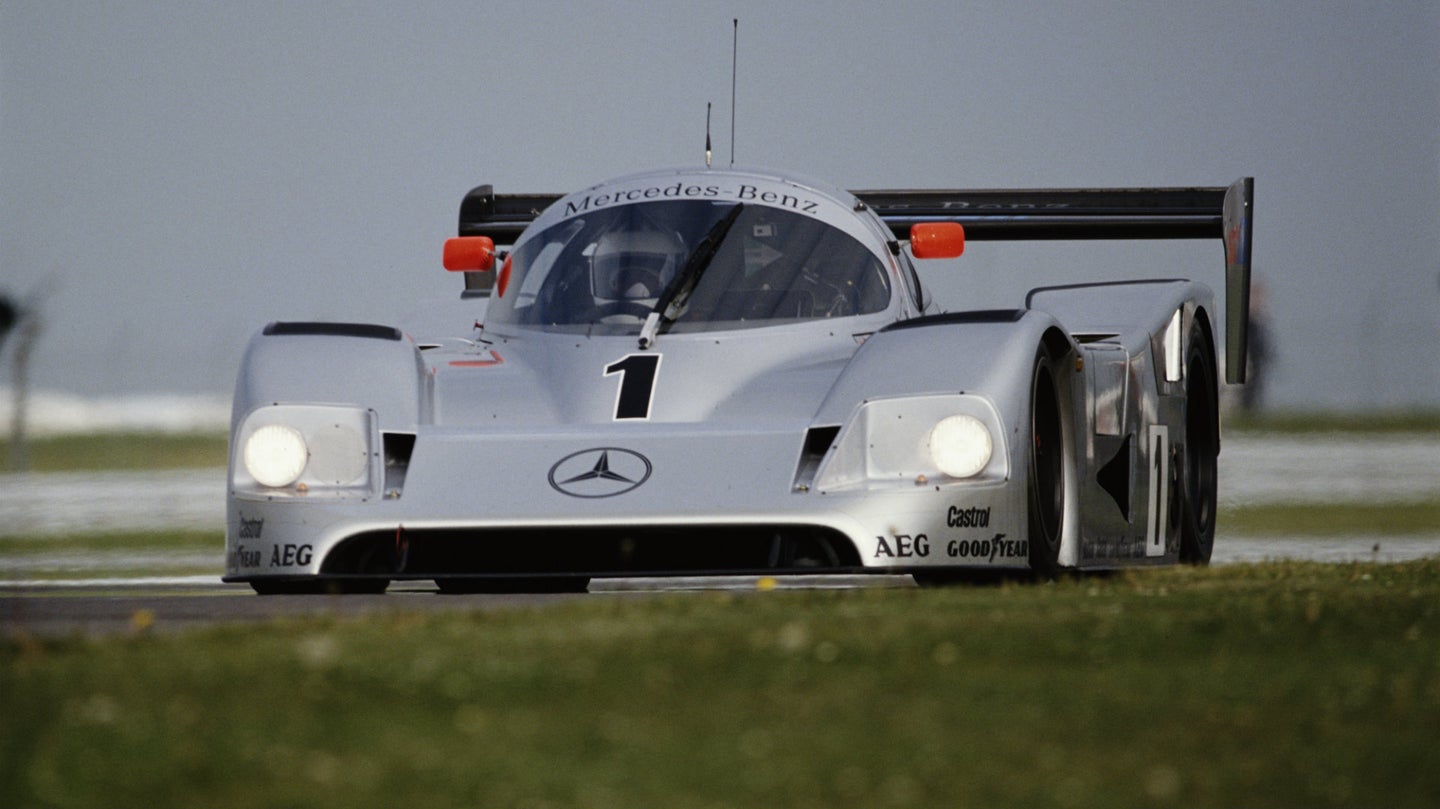 Group C is a now-defunct FIA classification of endurance racing cars from the 1980s. It was partially derived from both GTP and FIA Group 6 categories, and focused on reigning in the potential of turbocharged engines, which were gaining popularity due to their ability to make extreme power figures from small engine displacements. Porsche was particularly good at capitalizing on this new technology, as its 935 produced upwards of 800 horsepower in qualifying trim, and was known for dribbling flames from its exhaust.

To prevent teams from spending every cent on corralling every available horse from an engine via a boost arms race, the FIA limited fuel consumption to 600 liters per 1000 kilometers raced. This resulted in great popularity with manufacturers and spectators, and at its height, Group C rivaled the popularity of Formula 1.

YouTube channel Marchettino has uploaded a video of the 2017 Spa Classic, run this past weekend at Circuit de Spa Francorchamps. One of the featured classes was, of course, Group C, and among the cars present was the 1990 Sauber C11, built in partnership with Mercedes Benz. The car was the successor to the Sauber C9, but was not named the C10 due to the difficulty of pronouncing C10 in German (pronounced tse-tsehn.) The car is powered by a 5.0 liter V8 with a pair of unfortunately named "KKK" turbochargers. In race trim, the engine made 720 horsepower at 7,000 RPM and 605 lb-ft of torque at 3,500 RPM. The C11 won all but one of the Group C events it competed in, and had the distinction of being driven by future Formula 1 World Champion Michael Schumacher at four of the season's events.

Sauber used their success in endurance racing to hoist themselves into the cutthroat world of Formula 1, in which they still compete today. Their history has not been forgotten, and will live on in the guttural exhaust note left in the wake of the C11.