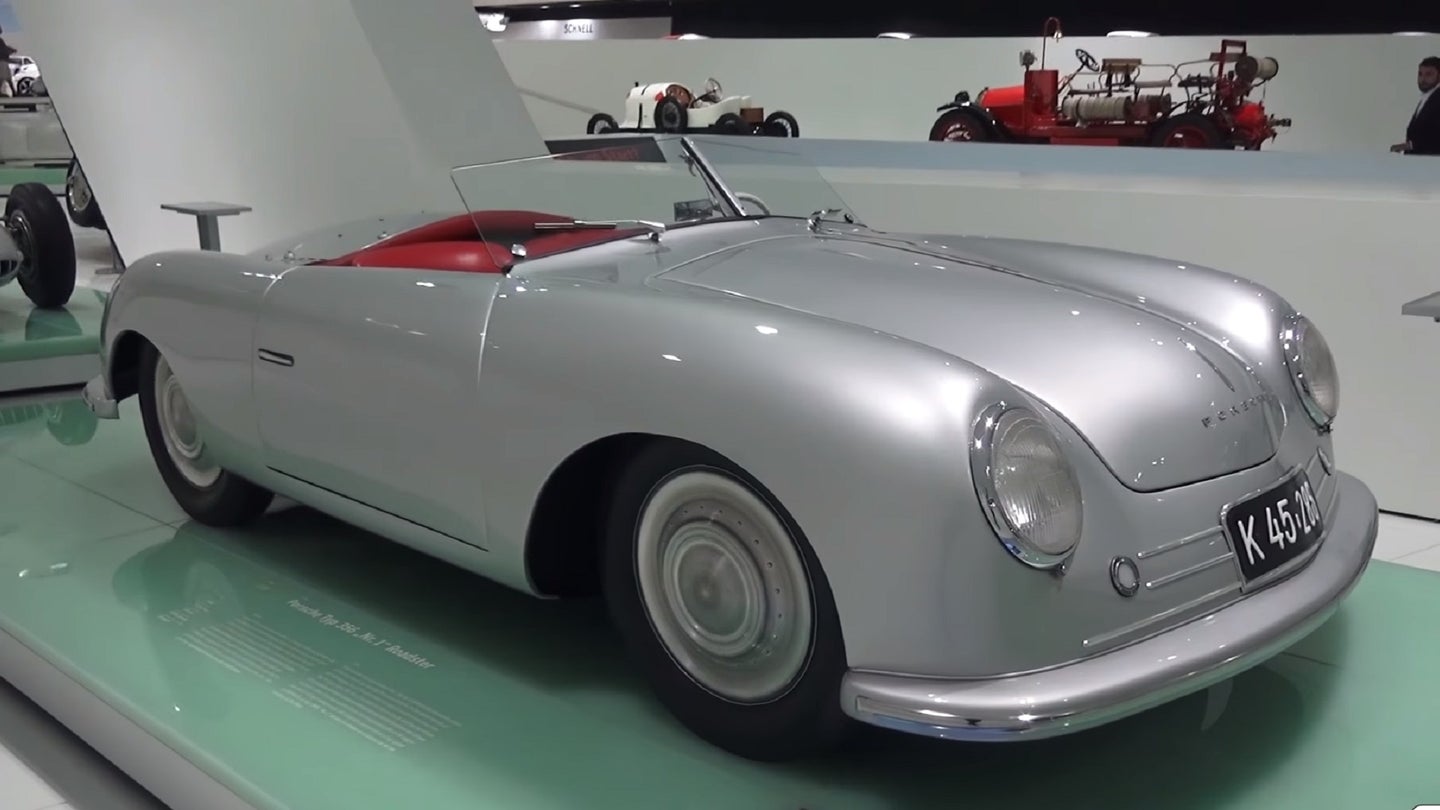 Porsche's museum in Stuttgart is among the better one-make automotive museums in the world, and we are continually jealous of everyone that has the opportunity to attend. Not only are some of the best Porsches in the world housed there, but the building itself is designed in a truly unique way that allows you to see most of it from one viewpoint at the top of the stairs. There is way more to this building than is shown in the video, but you'll have to fly to Germany yourself to experience it in person to find out everything it holds.

While Shmee's level of individual car knowledge is quite limited (No, that is not the world's only 996 GT1 Strassenversion), the video affords a first-hand experience of what it's like to walk around inside Porsche heaven. Outside the museum, we're given a few glimpses of the new 911 Turbo S Exclusive Series parked out front. After spotting a few 918 Spyders on the street, and taking a drive in a GT3 RS, the video moves to the interior of the museum. Once inside, Shmee gets a peek into the museum's workshop where they restore and maintain all of the cars in the museum as well as those in the museum's vaults.

The museum begins well before Porsche's history as an automobile manufacturer, focussing on some of the engineering projects that Herr Porsche was involved with before the great war. From the Lohner-Porsche electric car up through the very first mid-engine Porsche 356 roadster prototype, the Pre-Porsche era of the museum is among the most interesting. Of course, there are dozens of race cars, historically significant road cars, and lots of peripherals to check out while you're there. Which of the cars featured from the museum would you most like to drive away? We'd probably have to choose the 73 911 Carrera RS 2.7 as that's always the right answer.