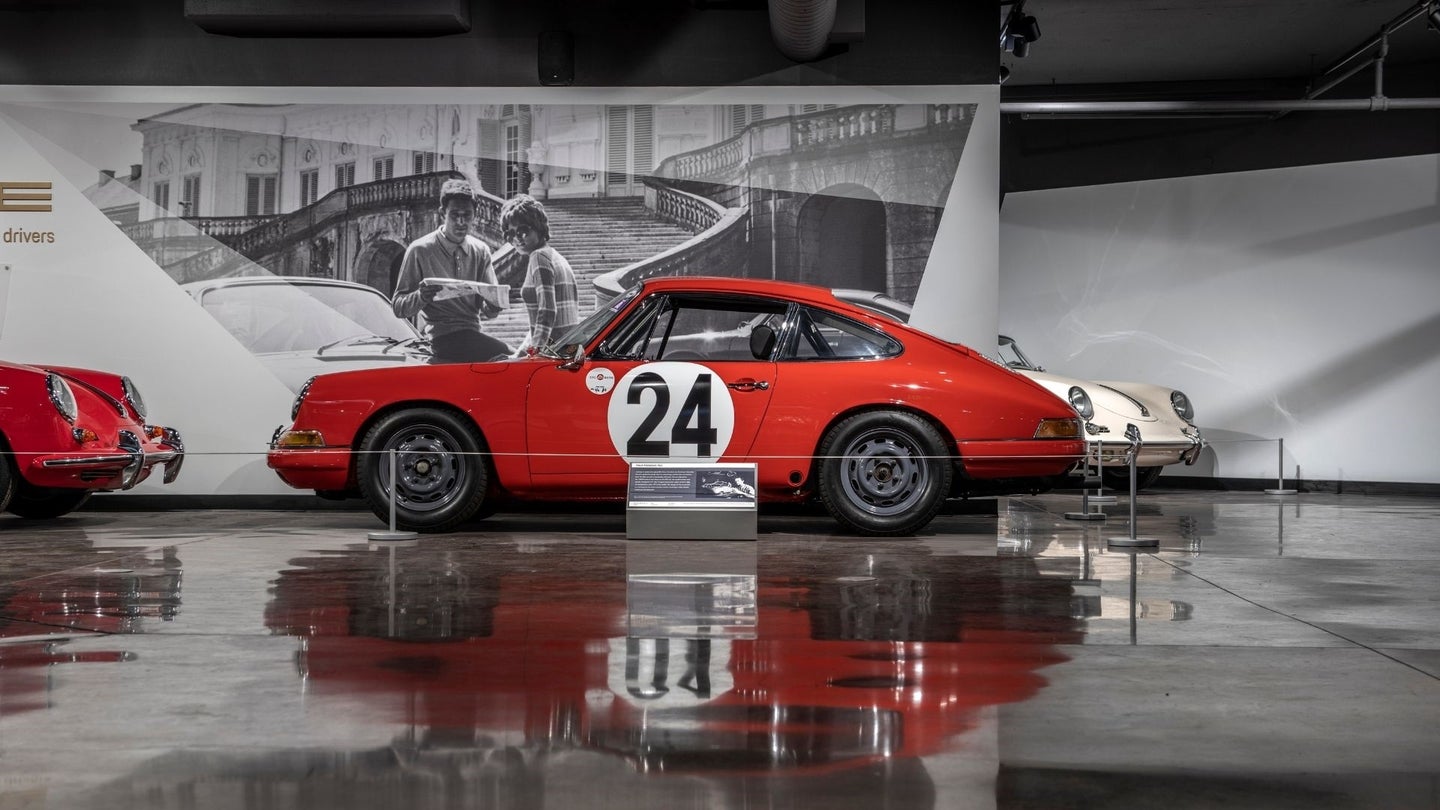 North of Los Angeles proper and just east of Ventura Beach, a Porsche dealership is not content with selling only new vehicles. Porsche Santa Clarita includes what it calls the world’s first in-dealership underground Porsche experience in its basement. This is, to enthusiasts, a Disneyland of Porsche vehicles, accessories, and parts.

It’s a smart strategy; walking through the exhibit could potentially entice a potential buyer to spend more time and money there and instill a sense of membership as an owner. The Wunderground features a rare collection of Porsche models like a 1964 356 C, 1960 356 B Roadster, and a 1965 356SC, all shined up and in showroom condition.

Models are rotated within the gallery, recently including a Paul Newman-driven 1979 Porsche 935 with 3.0-liter flat-six twin-turbo under the hood. Another display is the 1951 Porsche 356 SL Gmünd Coupe that had been prepped for the 1951 24 Hours of Le Mans; it had the distinction of being the German automaker's first factory entry into an international race, and it placed first in the 1.1-liter class.

If you headed over to the Wunderground now, you’d see the 1.6-liter pushrod-powered 1964 356 "C" Coupe that generated a respectable 95 horsepower. And a 1948 Gmund Speedster reproduction, one of 16 built for Porsche campaigns in the 1970s.

I’m intrigued by the 1965 Porsche 356SC sunroof coupe, which caused a fair amount of consternation during the creation process. Designers at Karmann insisted on a sunroof while engineers couldn’t understand why anyone would want to punch a hole in the vehicle, altering its structural integrity. This one was equipped with a 1.6-liter pushrod making 95 horsepower; compare that to a 2021 Porsche 911 Valencia California, which would smoke it with a 3.0-liter turbocharged six-cylinder powerplant and 443 horsepower.

Speed and quickness for newer models keep ratcheting up across the board, but the vintage models are pieces of art on their own. This is a gorgeous collection worth stopping to see, and then pop over to the Petersen to visit their new supercar collection while you're nearby.

It’s so accurate it could fool almost anyone, but that’s not the owner’s main goal.