A total of 22 stars set lap times in this Vauxhall Astra during its stint at Top Gear, including Will Smith and Hugh Jackman. 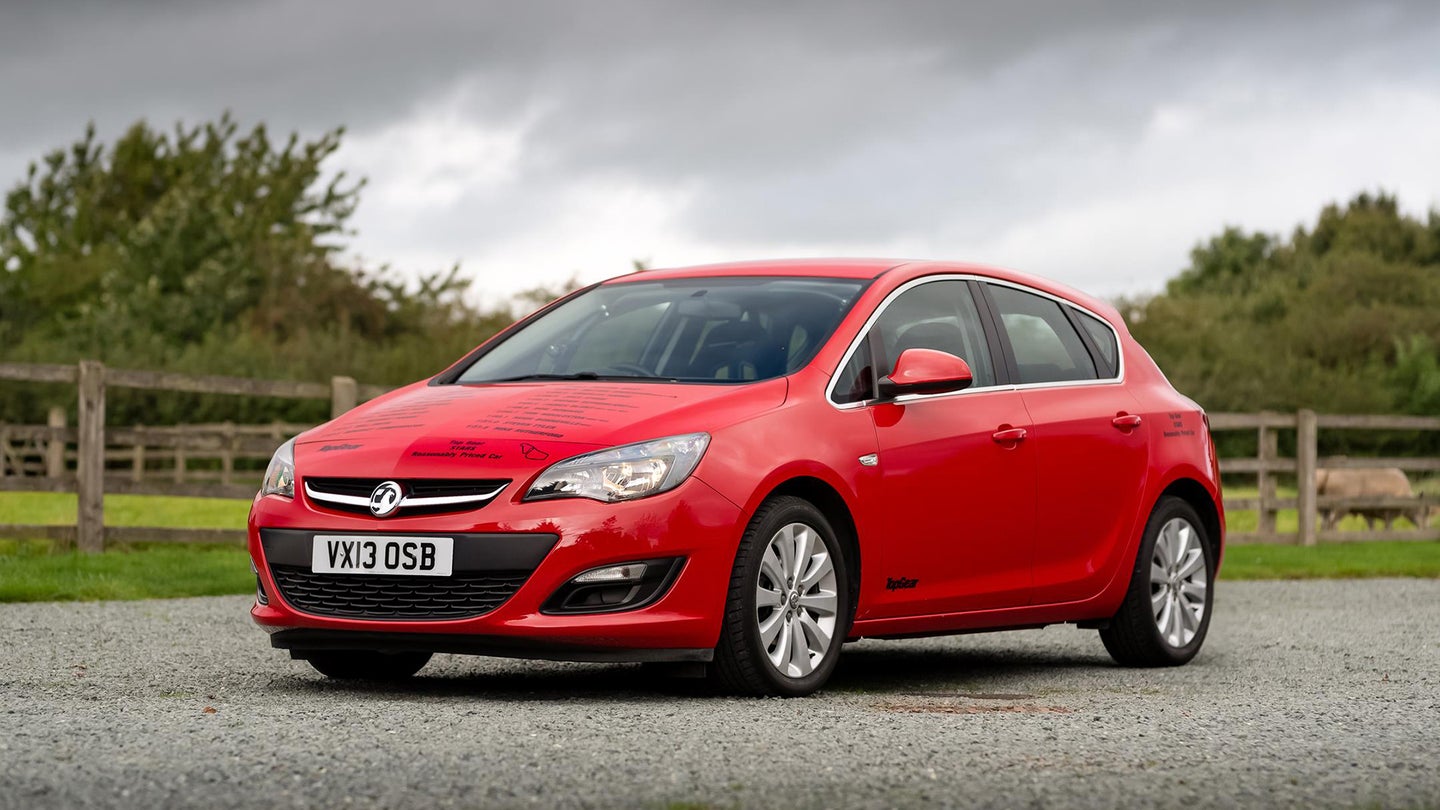 If you’re a big fan of the Vauxhall Astra, Top Gear UK, celebrities, or all the above, then this will certainly pique your interest. The world’s most famous Astra hatchback, the one that served as the star car in the show’s “Star in a Reasonably Priced Car” celebrity lap segment, is up for sale.

After being loaned to the Top Gear UK production team by General Motors for use in the show, the 1.6-liter gasoline Astra was sold off to one private owner about a year ago following its retirement from duty, according to its V5C ownership log.

During its time as the “Reasonably Priced Car,” the 113-horsepower hatch with a manual transmission racked up a total of 5,579 miles, the majority of which were driven hard on the Top Gear track at Dunsfold Aerodrome in Surrey. And that’s all thanks to the A-List of drivers that piloted the Astra for a lap time, from the likes of Will Smith and Benedict Cumberbatch to Hugh Jackman and Steven Tyler. The fastest star in the Astra was Olly Murs, clocking in a time of 1:44.6.

Its current owner and seller has since maintained the vehicle, retaining a lot of the car’s original features for the sake of authenticity, including its safety roll cage, all of the integrated camera mounts, the original Corbeau Sprint racing seats with their five-point safety harnesses, and even the “VX13 OSB” registration plate. Further noting the car’s status, the names and the lap times of all 22 stars who drove the reasonably priced Astra are stickered on the car’s hood.

Bolstering its fame is the fact that it’s the last car to serve as the TV show’s “reasonably priced car” before the program’s format changed, joining the show's previous roster consisting of the original Suzuki Liana, a Chevrolet Lacetti, and a Kia Cee'd.

As of this writing, the listing has only one bid, but prospective buyers have about two weeks to make a bidding decision before the auction closes.

The winning bidder will get to meet Harris at a race track for some hot laps in the track-ready Camaro.