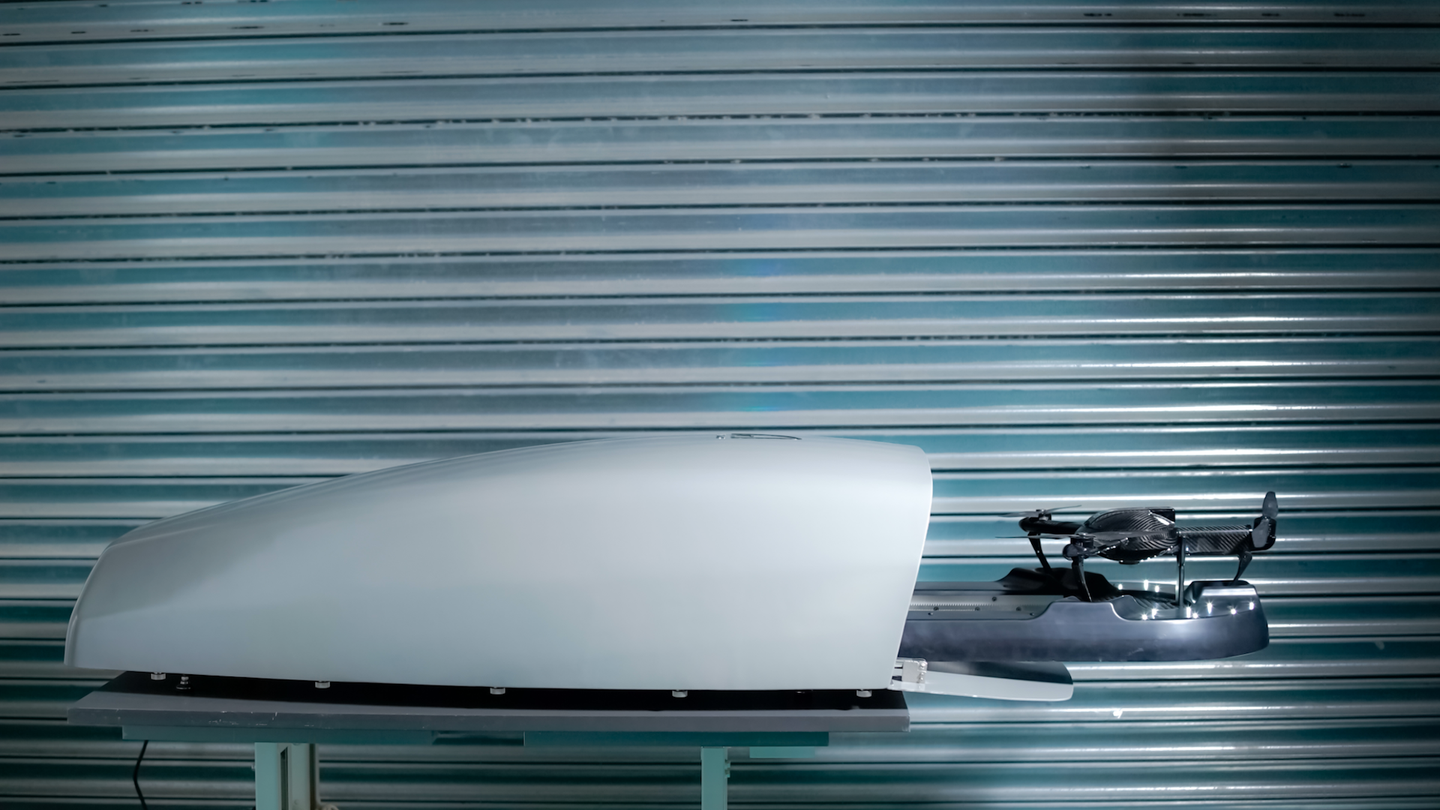 Atlas Dynamics makes drones for businesses. It has been focusing, like most companies in its category, primarily in agriculture, security, inspection and emergencies. Earlier this month at InterDrone 2017, the company presented a pretty interesting addition to the world of drone missions and their flight-paths, through which UAVs autonomously inspect, record, or assist. The Atlas NEST aims to provide dying Atlas Pro drones with the power they need to complete their missions by autonomously connecting in remote locations.

According to DroneLife, the Pro drone lands in a NEST hub which autonomously changes the drone’s batteries with one of NEST’s robotic arms.

Guy Cherni, CEO of Atlas Dynamics, conveys a bit of the long-term thinking, saying that the NEST is only the beginning.

“NEST is not simply a docking station. It is a strategic component of our company’s vision for fully-autonomous drone missions.The ultimate goal of NEST, combined with our autonomous mission OS, is to make a highly sophisticated technology an accessible tool for professionals in every industry. Of course, the automation NEST provides is a key factor in achieving this accessibility.”

This autonomous mission OS Cherni mentions is one of Atlas Dynamics’ main assets, a highly-sophisticated flight management system for large-scale drone missions, and something the NEST will be pursuing in order to maximize the efficiency of autonomous flight-paths and missions even further. Let's have a look at Atlas Dynamics' NEST itself.

Reportedly, the NEST can either be stationary or motorized. Details on the latter are unclear. Is the motorized aspect simply the arm which replaces the drone’s batteries? Are there plans to allow future NEST models the ability to relocate on their own in order to meet ailing drones halfway?

The name itself implies, of course, that this is a stationary item, but it'd seem ideal to have a charging hub that can travel to the drone instead of only relying on the opposite. However, these incremental steps are most likely necessary, and this is absolutely impressive enough on its own merit.

We’ll make sure to keep an eye on this as more information trickles out. If you were at the Atlas Dynamics presentation at Boot 800 at InterDrone this month or have thoughts on the company's presentation, please feel free to chime in below!