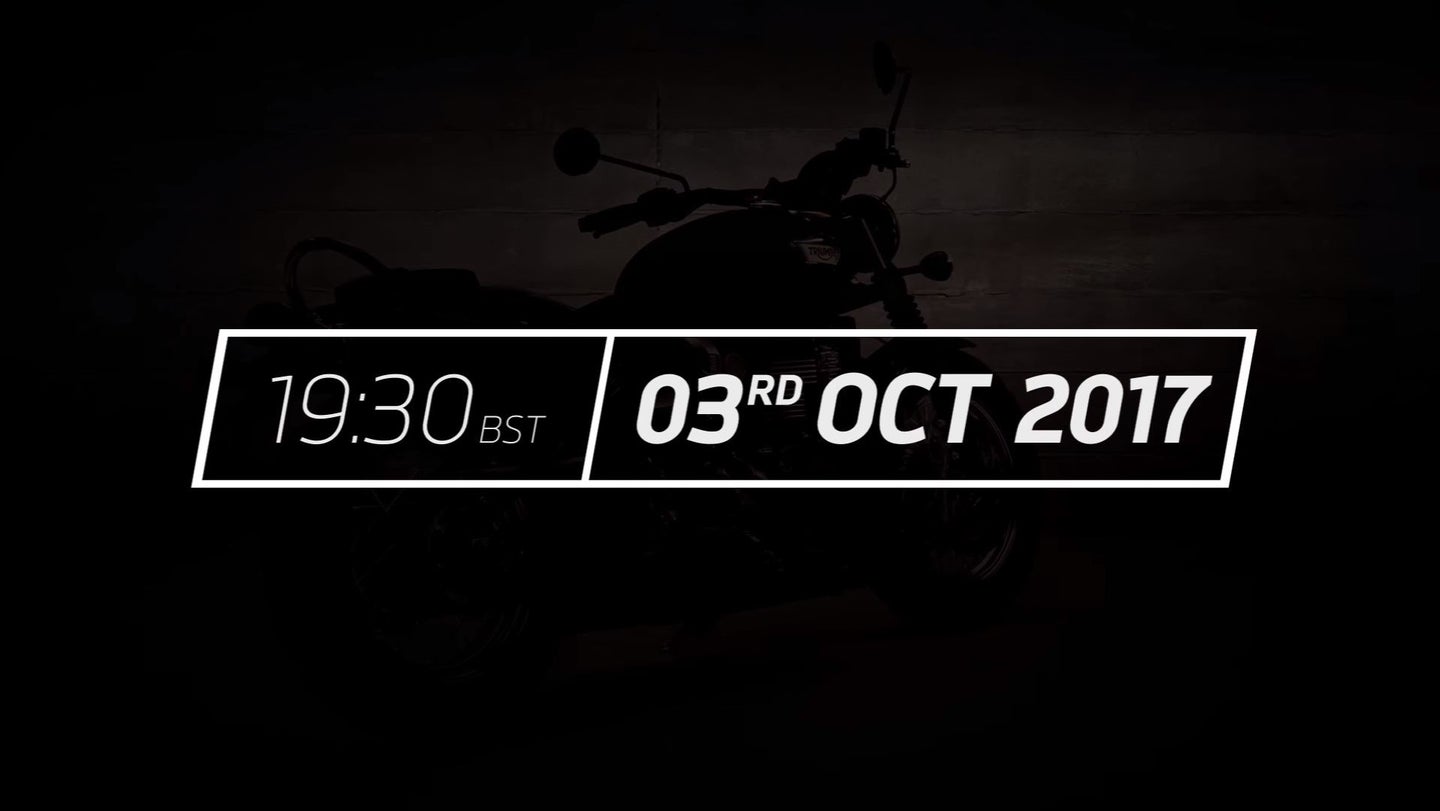 The iconic Triumph Bonneville has grown from being just one motorcycle model to practically being its own sub-brand of modern classics. The new Triumph Bonneville Speedmaster will continue with a refreshed American-inspired look (sans V-twin, of course) to stay competitive with other modern cruisers.

Triumph is doing an outstanding job keeping its retro-styled bikes relevant and competitive with thoroughly-modern engineering and desirable features like standard ABS. The Triumph Bonneville Speedmaster's engine upgrade alone will make this a totally different motorcycle than what we see now and we can’t wait for the full unveiling expectedon Oct. 3.

For now, all we get is this brief teaser. It promises “British attitude” with a “classic custom style.” It also boasts “class-leading capability” which supports speculation that it will have the new 1200cc engine. In the Triumph Bonneville T120, that engine makes 77 foot-pounds of torque which beats Harley and Indian, and 80 horsepower, which beats Harley but falls short of the 100-horsepower Indian Scout.

The Triumph Speedmaster cruiser has been around since 2002, but according Triumph's teaser, it will soon be updated as the Bonneville Speedmaster. In its current form, the Triumph Speedmaster has an air-cooled 865cc parallel-twin engine and it competes with entry-level American bikes it imitates like the Indian Scout Sixty and the Harley-Davidson Sportster 883 models.

According to Motorcycle News, the new Triumph Bonneville Speedmaster will be going up a weight class, packing the new liquid-cooled 1200cc twin that debuted in the Bonneville in 2016. That will make the Speedmaster compete with slightly bigger American rivals like the Indian Scout and the Harley-Davidson Sportster 1200 bikes. We expect the Triumph America bikes to stick around as smaller, more entry-level cruisers for the brand.

We don’t know anything official about a price or a release date, but we’re guessing the new Triumph Bonneville Speedmaster will start just above the $10,000 mark. It looks like this Triumph could beat American cruisers at their own game. Would you consider this formidable British imitator over the authentic American competition? Let us know in the comments section below.

He circumnavigated the globe on a Triumph Bonneville.