He circumnavigated the globe on a Triumph Bonneville. 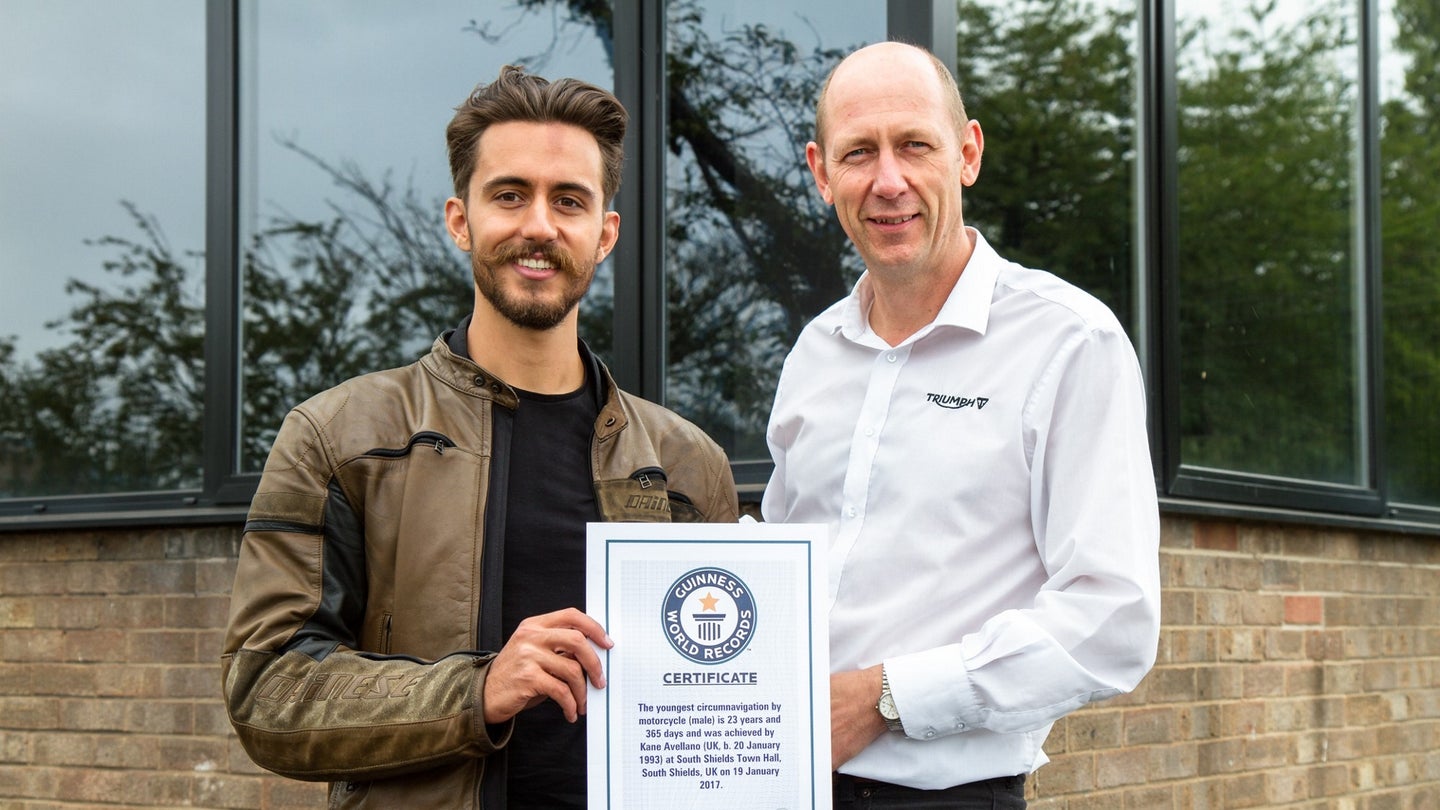 Traversing 32,000 miles across 35 countries and six continents in eight months on a motorcycle is an impressive feat. It’s even more impressive when it’s done by a 23-year-old man all by himself. British rider Kane Avellano just broke the Guinness World Record for youngest person to circumnavigate the Earth by motorcycle solo. He finished this trek one day before his 24th birthday.

Avellano’s chariot was a modern Triumph Bonneville, certainly not a touring or adventure bike. It’s outfitted with some heavy-duty saddlebags and a tank bag to carry his stuff, but it still wasn’t much cargo considering the length of the voyage, which he called the BonnieTour. How would you pack a couple saddlebags for eight months?

He didn’t just do this for fun, Avellano was riding for a reason. Along the way, he raised almost $3,000 for Unicef. He got attention on his “bonnietour” Instagram account and used that opportunity to tell his followers about Unicef and the good work that they do, especially for impoverished children in danger.

Speaking of his Instagram account, he got incredible picture—lots of them. Avellano rarely looks worn out from the ride and almost always has a smile on his face in his many photos of his amazing adventure. There are also plenty of pictures of his Bonneville working as hard as it can. Check it out and get lost scrolling away.

If there are any ambitious 22-year olds reading this, saddle up and see if you can break Avellano’s impressive record.