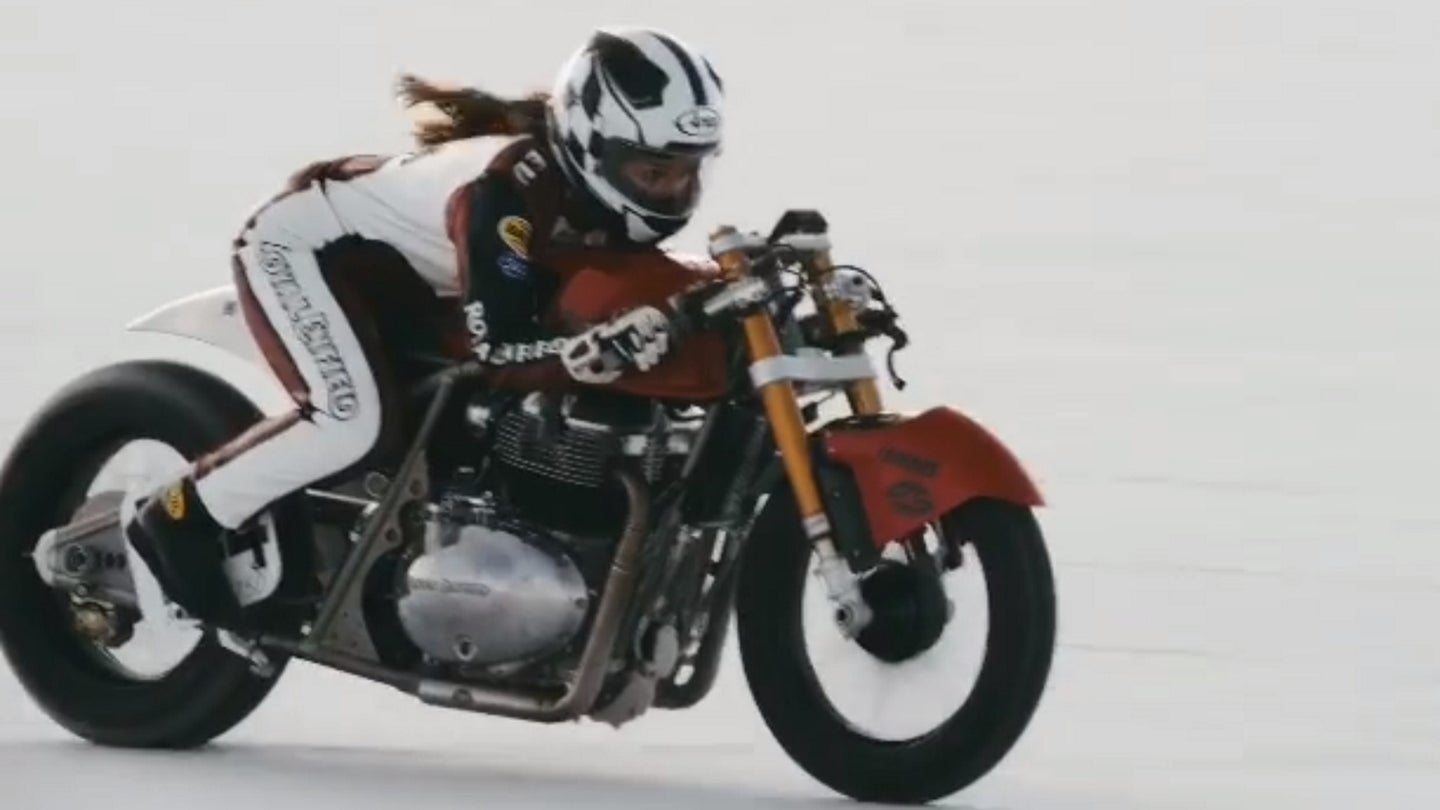 As the world prepares for the first twin-cylinder Royal Enfield motorcycles to hit the market since 1970, a heavily modified version of a Continental GT 650 ridden by the talented Cayla Rivas just hit a speed record at the Bonneville Salt Flats.

According to Autocar India, 18-year-old Rivas of Fresno, California hit 150 miles per hour during her run, but this has yet to be confirmed by the FIM. If or when it's confirmed, it will be a record for its class. Cayla Rivas is no stranger to breaking speed records. When this new record is confirmed, it will be the daughter of former NHRA motorcycle racer Chris Rivas' 13th record she’s claimed since age 12. According to Fox26, Rivas set a record on the first lap of her first race but doesn’t give specifics on that record.

As for the bike itself, it doesn’t appear to have a whole lot in common with the production RE Continental GT 650 we’ve seen. What it does have, however, is the same 650cc parallel twin, but modified by Harris Performance. Harris Performance and Royal Enfield are both owned by Indian conglomerate Eicher Motors.

Royal Enfield hasn’t released specifics about this bike yet, but a few mods jump out just by looking at both fenders revised for improved aerodynamics, a smaller seat, a tubular frame, and Ohlins suspension. Those are pretty major modifications so don’t expect to hit 150 mph on a production Continental GT 650, but the fact that this engine is capable of such speeds is pretty impressive.

Think you can't commune with nature on two wheels? Think again.
The Drive
MORE TO READ