James Hetfield is best known as the voice of legendary heavy-metal band Metallica. Metal and hot rods are a natural pair, and Hetfield developed a taste for beautiful custom cars as his band rose to exponential fame. Ten of his best are currently at the Petersen Automotive Museum in California, including the spectacular Art Deco “Aquarius” built in conjunction with stylist Rick Dore and metal master Marcel De Ley.

Hetfield has said in the past that he has seen cars sitting in a field in Kansas and he knew they still had some life in them, but he may be satisfied with his collection, for now. The Reclaimed Rust exhibit at the Petersen reflects his love of rebuilding a rat rod into a piece of art, and the Blackjack is a prime example. It's a period-correct original 1932 Ford roadster that fits the theme to a T with nearly every piece on the hot rod from 1949 or earlier. The sweeping platinum Aquarius, however, is a special build on a powder-coated 1934 Packard chassis with a DuVall-style windshield. Its aluminum panels were hand-shaped with the proficient touch of De Ley and his son Luc at Marcel’s Custom Metals, and it drives quite capably with a 376 cubic-inch LS3 crate V8. Believe it or not, it doesn’t include an audio system. It’s more about the artistry and the incredible vision of the vehicle build.

This post is part of our ongoing museum series, which was created to bring the stories from museums around the world to The Drive readers. Check out our previous posts in the series about a restored 1921 Duesenberg Model A and an IndyCar driven by Mario Andretti, Al Unser, and Jan Opperman.

Hetfield’s rock and roll history goes back to 1981, when he answered a classified ad that drummer Lars Ulrich placed in the newspaper (side note: knowing that was a full four decades ago is somewhat bracing). With a few personnel changes along the way, they have been shredding guitar riffs and pounding drumbeats at clubs and stadiums ever since. “For Whom the Bell Tolls” is my personal favorite (and a great bang-your-head song for driving fast), but the band really exploded into the mainstream with “Enter Sandman” in 1991.

When he first got into cars, Hetfield says it was all about what was fastest. His dad drove trucks for a living, and he also loved cars and motorcycles, exposing his son to the automotive world. Hetfield’s father left when the young rocker was 13 and his mother passed away when he was 16, and his family life derailed. What was left was a longing to belong to something and he found it in Metallica; later in life, he found an extension in The Beatniks of Koolsville car club. Hetfield was introduced to the group via a tattoo artist he knew, and through the Beatniks he met Rick Dore, who worked closely with him on several significant vehicle builds.

In many cases, Hetfield sketched out the idea himself, notably for a car he named the Black Pearl. Hetfield was doodling the “ultimate cool shape for a car” and he consulted with Dore to create the award-winning Black Pearl on a 1948 Jaguar chassis.

“James had a very heavy hand on what these cars would look like,” Associate Curator of the Petersen Autumn Nyiri told me. “It’s really cool for our visitors to see another side of his artistry. These vehicles are elegant and stunning and something you wouldn’t expect from a hard-core rocker.”

For the Aquarius (the final car of Hetfield’s collection as it stands today), Dore led the design process and collaborated with Hetfield, who was on tour at the time. Renowned automotive artist Eric Brockmeyer was commissioned to draw a rendering, which was blown up to full scale and hung on the wall in De Ley’s shop.

“That’s really how you have to build a car like that,” Dore says. “It takes an automotive expert like Chip Foose or Eric Brockmeyer to create a scale drawing and you work from that or you’ll find things you don’t like when you stand back.”

On the Aquarius, all of the chrome was made from brass with the exception of the grille surround and insert (which is stainless steel) and the side-view mirrors. The Dennis Crooks-designed steering wheel was shrunk from a 19-inch to a 17-inch diameter so Hetfield's fingers wouldn't hit the dashboard, and the classic gauges were engraved with Aquarius lettering. In total, the only pieces of this car that were not hand-built were the license plate frame mount, side view mirror, rearview mirror, and the wheels and tires. Inside, Aquarius has dark blue leather, installed with a deft touch by Ron Mangus. The steering wheel is a $3500 piece of art on its own. And the exaggerated curves of the fender are styled after the elegant 1939 Delahaye Type 165, which debuted at the 1938 Paris Motor Show. Dore says Aquarius is “French, with an American attitude.”

Hetfield didn’t want to sell his collection, Dore told me; he wanted to pass on these cars to the next generation to see what could be done. They considered breaking up the collection to spread it around, but in the end, they opted to give all ten vehicles to the Petersen. From there, the collection will tour the world. And while the museum is currently closed, they hope to open soon and when they do, get there as fast as you can to see Reclaimed Rust in person.

Hetfield says: “Seeing the car at the end of a build is always the moment we’re waiting for: 'Wow, we created that. We did that. We just made some history.'”

If you're reading this, James Hetfield: thank you, from automotive enthusiasts everywhere, for sharing your automotive works of art. 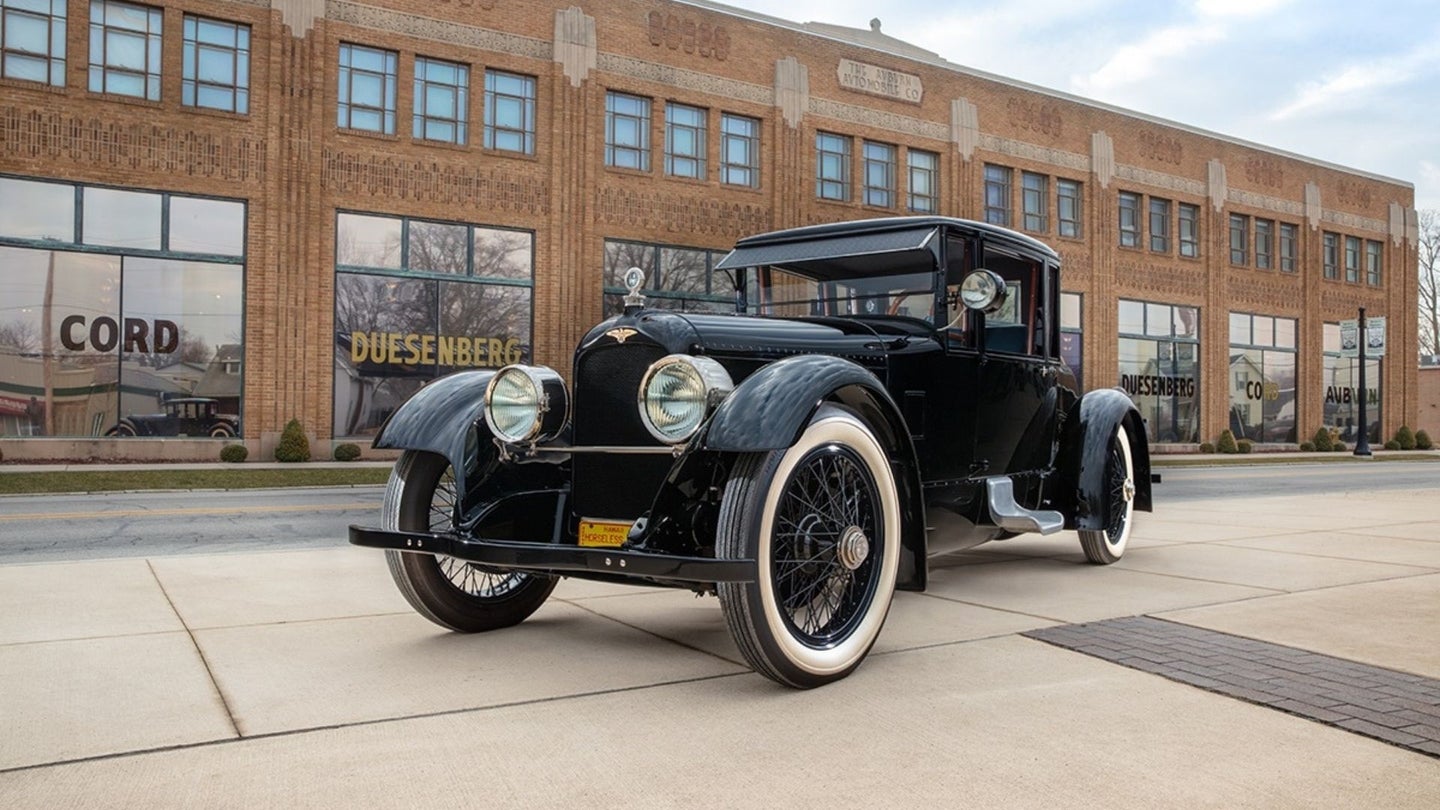 Built to “outclass, outrun, and outlast” any car on the road, the Duesenberg Model A revolutionized the straight eight. 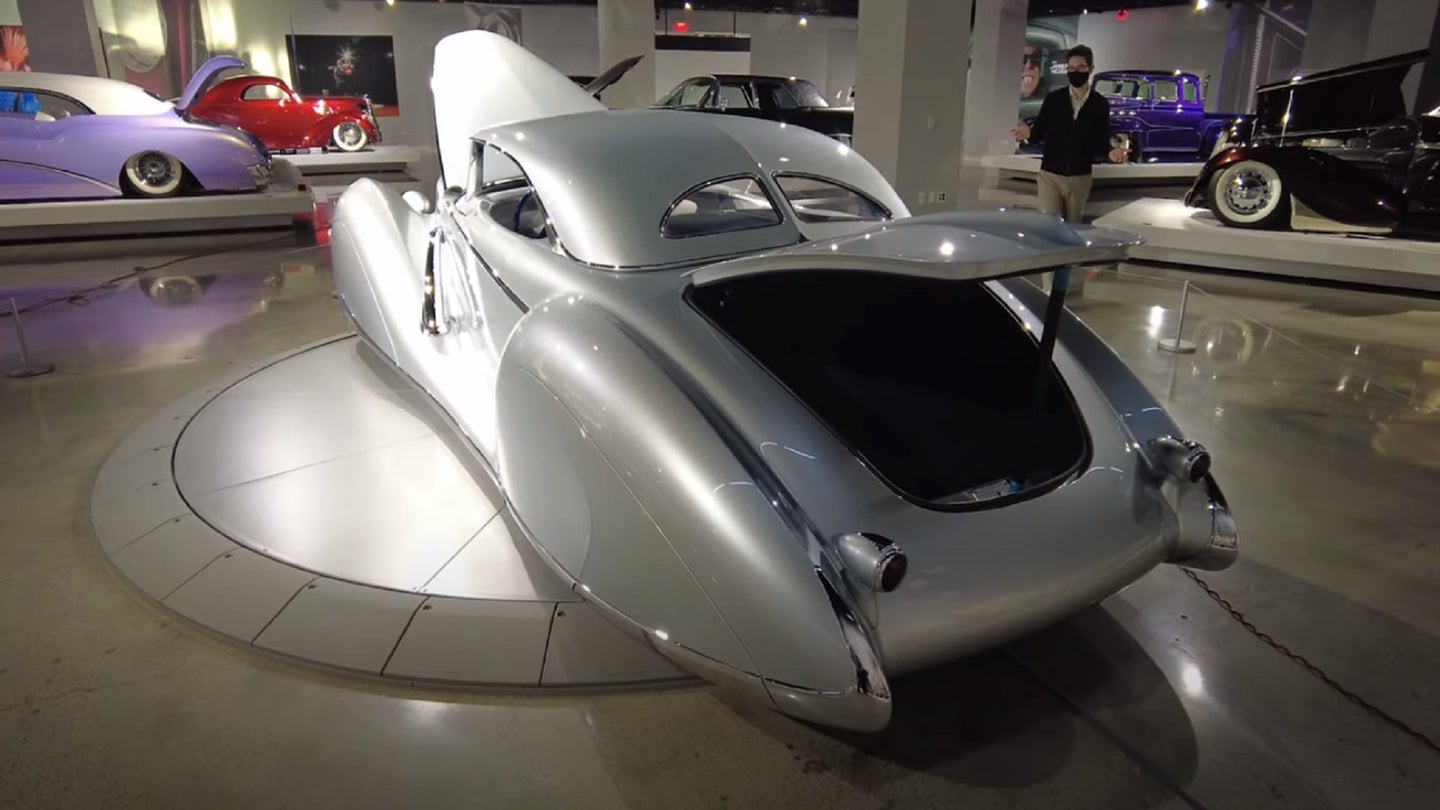 This is the best two hours you’ll spend since Metallica’s Black Album. 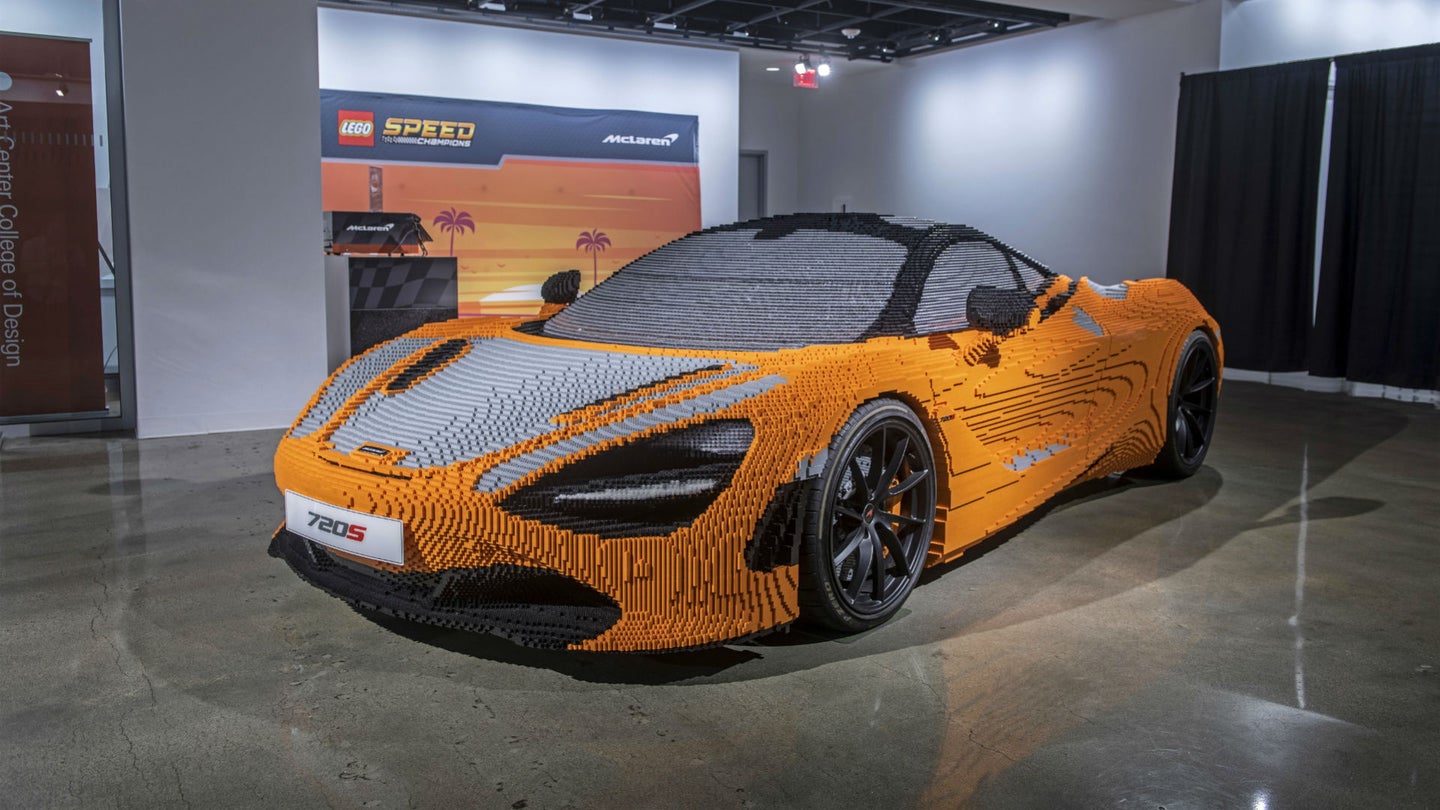