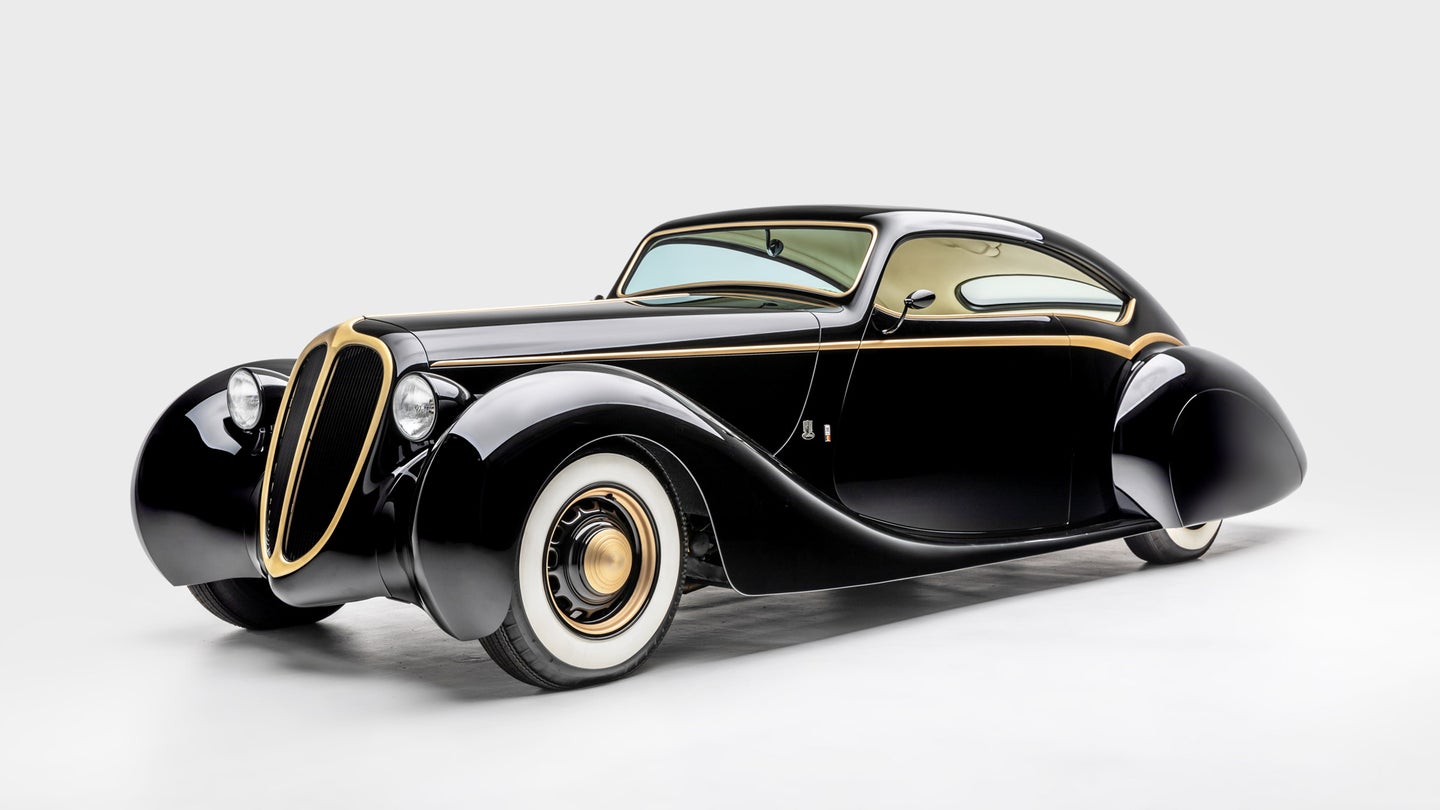 As the frontman and one of the two founders of the metal band Metallica, James Hetfield has amassed quite a fortune over the last few decades, and along with with it, an impressive classic car collection. Thankfully for us, he’s more open to sharing his cars with the general public than the band was with sharing its music on the internet in the late '90s, as Hetfield is sending several pieces from his car collection to the Petersen Automotive Museum in Los Angeles for display.

The exhibit is titled “Reclaimed Rust: The James Hetfield Collection,” and it will feature ten of the artist’s most prized vehicles, many of which have been named by Hetfield. “Reclaimed Rust” will feature a Rick Dore custom 1952 Oldsmobile named “Grinch,” a 1936 Auburn Roadster called “Slow Burn,” and a 1936 Ford named “Iron Fist” among several others. Several of Hetfield's guitars and other Metallica memorabilia will be on display as well, and ESP Guitars will auction off two instruments for charity.

"Reclaimed Rust brings together two industries that go hand in hand with artist expression," Petersen Museum Executive Director, Terry L. Karges told The Drive also noting that the exhibit will be the first time the musician's collection is available for public viewing.

Last year, the Metallica star agreed to loan his cars to the museum for the exhibit, which was a bit of a surprise considering the low profile Hetfield and his family enjoy. Despite not revealing much of his personal life or hobbies, Hetfield is known for his love of old-school four- and two-wheeled rides. Unfortunately, he has been out of the spotlight since last fall, when the band stopped touring and announced that Hetfield was heading into rehab for issues with addiction. The opening event on January 30 will both launch the exhibit and mark a return to the public eye for the veteran metalhead.