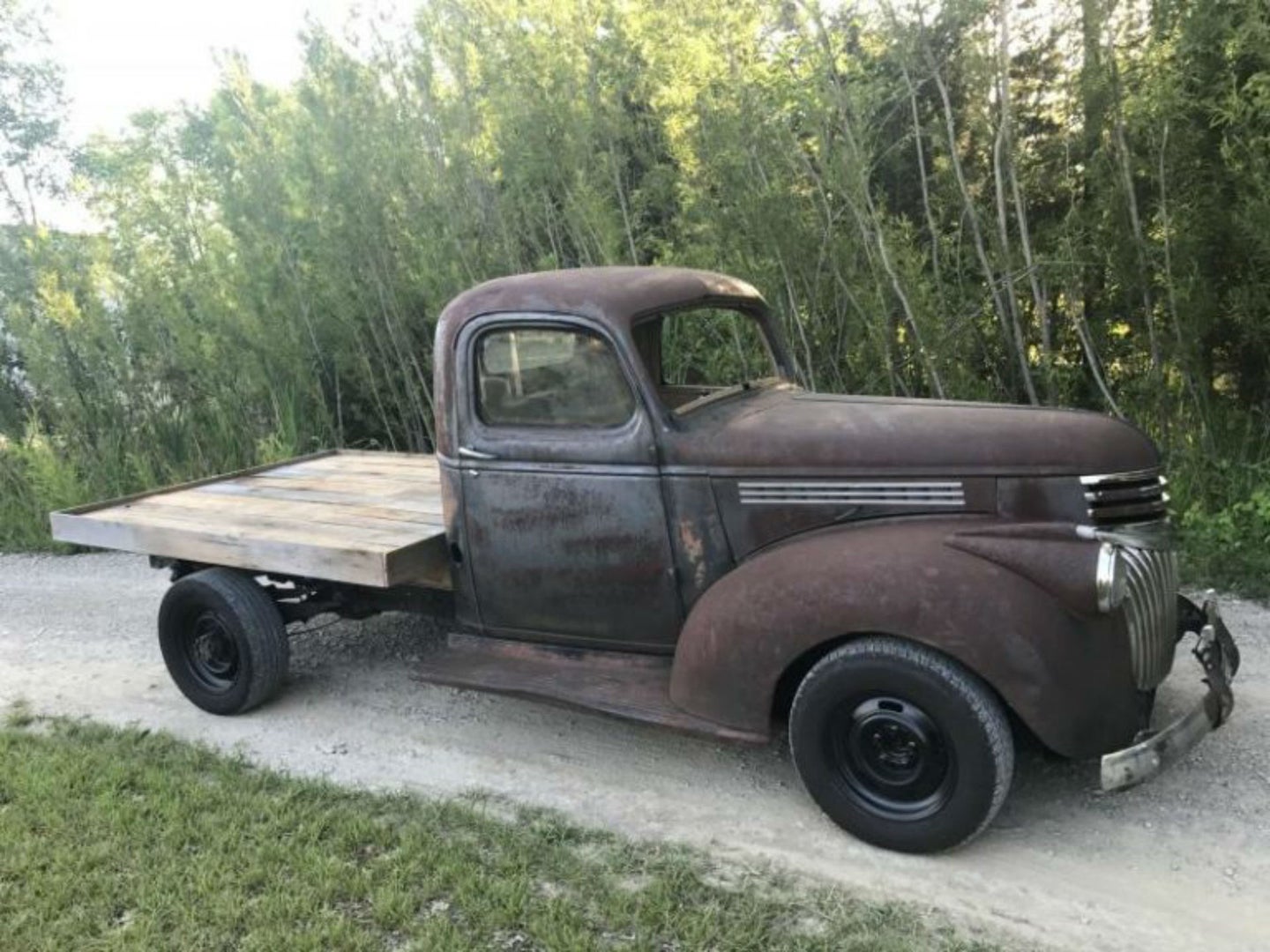 We've seen some pretty rad engine swaps involving Prius parts. With that being said, cool powerplants are usually being put into the Japanese econobox, not taken out of. But here we see a 1946 Chevrolet pickup, and upon first impression, it fits the bill for a classic workhorse. Patina'd body, flatbed, and two doors -- all a recipe for an exceptionally cool ride. However, underneath this retro American shell is a 1.5L hybrid powertrain taken from, what else, a 2002 Toyota Prius. How's that for unconventional?

And before you say anything too harsh, recognize that this was not a straight-forward build. Bits from both donor cars had to be welded, smashed, or bolted together to make this hybrid hauler, and for that, we respect the crew at Hoopie's Hot Rods in Ohio.

The source of this maniacally strange Frankenchevy arose when the garage was given a free Prius, engine, batteries and all. While they originally wanted to transfer the running gear over to another similar model, they decided to up and perform what may be the most backward modification to the enthusiast hivemind.

But what's under the '40s bodywork is nonetheless impressive, albeit an eco-friendly bit of kit. Loads of custom fabrication went into the truck to make it run and operate per usual, and by capitalizing on what the Prius powertrain combo does best, it gets hugely good fuel economy. Pretty good for a weekend cruiser, if you ask us.

Batteries look to be stored underneath the floor of the truck for a compact packaging technique, making this as subtle as your gramp's old feed truck.

If you want more of this stupefying build, click on Hoopie's build thread on Ecomodder and watch these videos of the truck in action.

Attention, Prius owners: Remember to leave it in “P.”