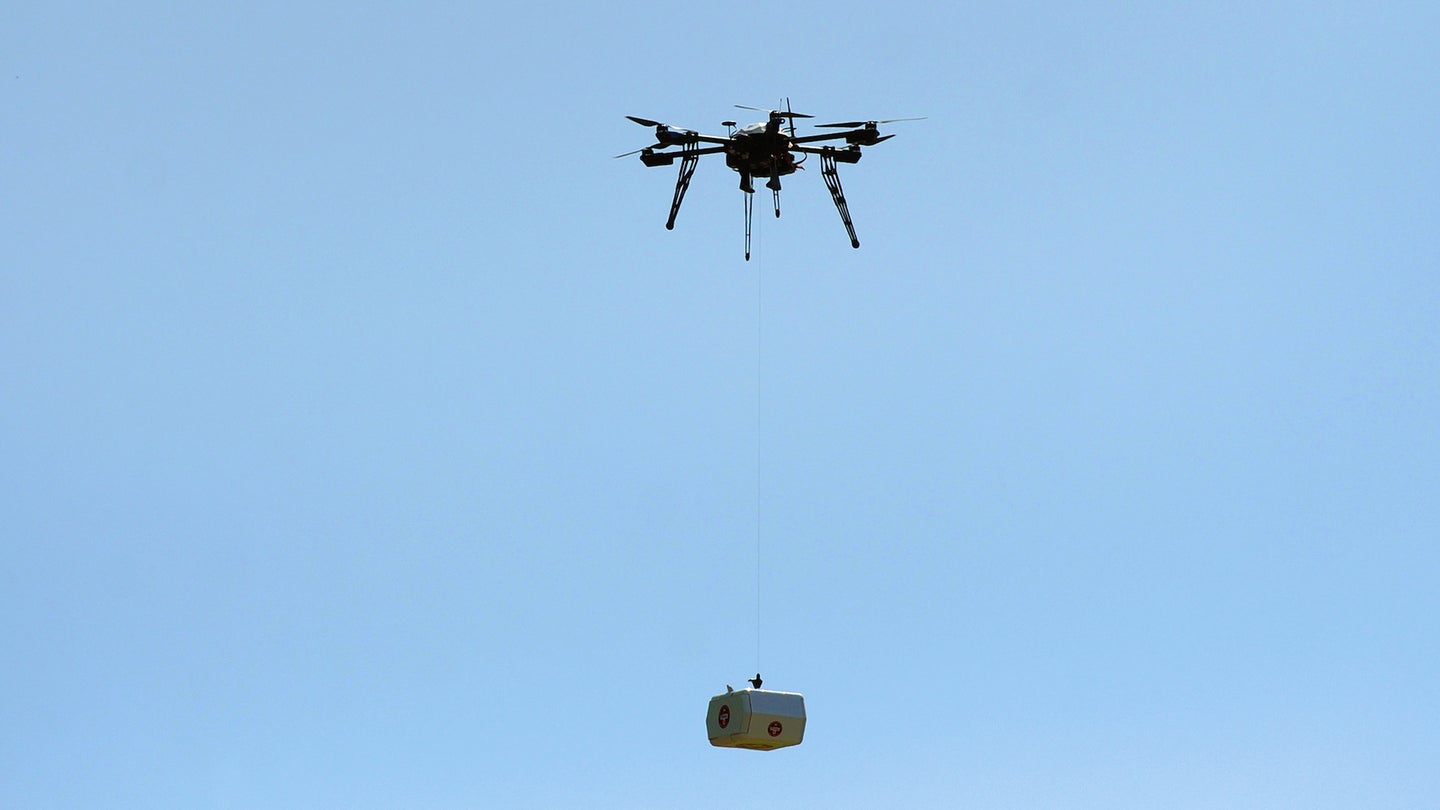 In British Columbia’s Matsqui district officials at a federal prison successfully intercepted a package being illegally piloted into the correctional facility. We’ve seen this same scenario several times such as when cell phones and porn were being smuggled into federal prisons via drone or an unmanned aerial vehicle carrying contraband crashing into the prison yard. The idea of a drone as a tool to effectively bypass official prison procedures is nothing new, but the monetary value in this particular case is certainly impressive. According to Huffington Post, however, the foiled delivery attempt in Matsqui carried a package with an estimated $26,500 value comprised of drugs and tobacco.

Reportedly, the assistant warden at the prison issued a statement last week, in which he confirmed that the package was released onto prison property Dec. 23 at around 10 p.m. Perhaps the contents of this package were intended as Christmas gifts of sorts or just meant to be sold within the correctional facility. It is unclear exactly which drugs were included in this delivery. What is clear, however, is that together with the tobacco, this drone delivery could’ve resulted in more than $26,000 worth of substances being sold within the prison walls. These illegal prison deliveries by drones have been occurring often and with an alarming number of drones suspiciously flying over certain prisons last year, for example.

While it is clear that the unregulated markets within our institutions run fairly rampant, officials and citizens need to be aware of the modern implementation of drones in this business. Just recently, we’ve reported on a man smuggling 13 pounds of methamphetamine over the US-Mexico border. He was caught, of course, but how many others never are? Are we ready for drones to be used on both sides of the law? How can we do better at preventing these situations? These are the questions that arise whenever news like this makes its way to the public. According to Huffington Post, no new security measures to curb these attempts in the future have been detailed yet, but the Correctional Service of Canada stated it will ramp up its efforts. Stay tuned.