He had an intricate, organized syndicate for drug deliveries using UAVs while serving his own sentence. 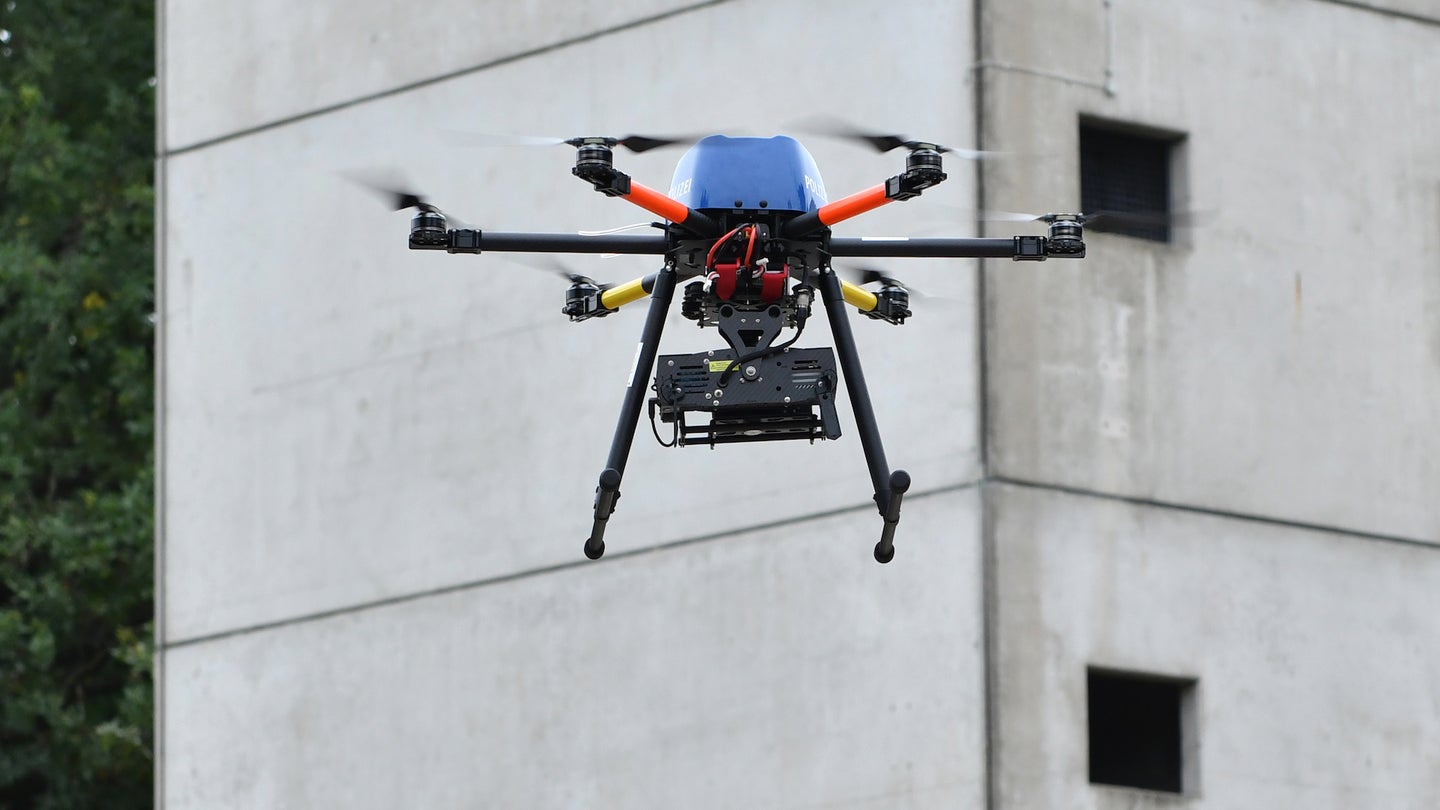 While we’ve covered the intersection of illegal drugs and UAVs before, and incidents have ranged from smuggling methamphetamines across the U.S.-Mexico border, into federal prisons and jails, and even local drug dealing in California, this particular case is a bit more sophisticated in its organization.

Anslow’s cell was raided by prison officials, with marijuana, crack cocaine, and SIM cards turning up as evidence of illegal contraband somehow being smuggled into the facility. Prosecutors are claiming this was accomplished via drone, with Brandon Smith already having admitted to being part of this conspiracy. Other members include alleged drone pilot Stella Deakin, and inmates Shane Hadlington, Paul Ferguson and Stefan Rattray, who are all currently standing trial at Birmingham Crown Court.

Anslow is being charged with standing at the center of a “spider-web of activity” that banded together a group of criminals to bring drugs, phones, and SIM cards into the jails from April 2016 to June 2017. All alleged participants, save Brandon Smith, are being charged with smuggling Mamba and other psychoactive drugs into various other British jails between May and June of last year, which Smith has already confirmed to authorities.

Contrasted with the vast amount of drug smuggling via drone we’ve covered in the past, this differentiates itself substantially, by seeing an inmate not only coordinate deliveries into the prison he’s residing in, but to facilities across the country, as well. Prosecutor Michelle Heeley told the jury on Thursday that there is telephonic evidence of Anslow “organizing drone deliveries throughout numerous prisons,” and that he is “one of the main organizers.”

The correctional facilities in question are Birmingham, Dovegate, Featherstone, Hewell, Liverpool, Oakwood, Risley, and Wymott. The Birmingham Crown Court claims to have confiscated contraband worth as much as $25,998 (20,000 pounds) in prison prices, with several packages being tied to a weighted fishing line suggesting a tethered method of delivering and smuggling said parcels into cells.

“This gang changed phones frequently to try and avoid detection, they were organized and active across the country,” said Heeley. “These defendants were responsible for the supply of drugs and phones into prisons across the country. They used whatever methods they could, including flying drones carrying drugs straight to prison cell windows.”

Everyone involved, save Brandon Smith, has vehemently denied any involvement and subsequent charges.