Drone smuggling in Ukraine is a seemingly common occurrence, with quadcopters and biplanes getting tobacco and other contraband out of the country. 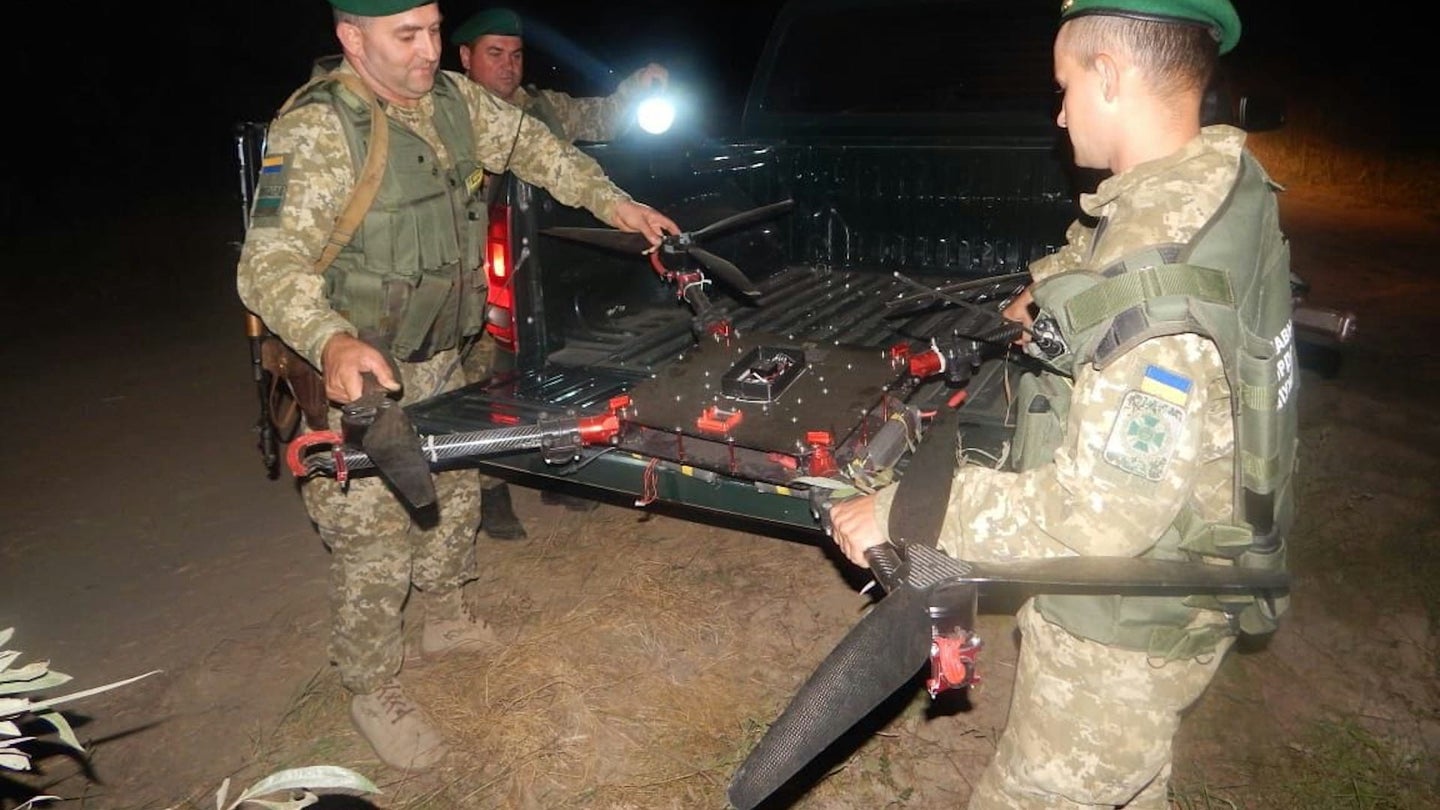 Border Patrol officers in the Ukrainian village of Gorbivtsi spotted a large quadcopter stuck in a tree near the Ukraine-Romania border on Wednesday. It was determined to belong to a smuggling ring’s unmanned aerial vehicle used to smuggle contraband out of the country.

“The aircraft can be used for the movement across the state border of [sic] smuggled tobacco products, narcotic substances, weapons, ammunition or means of terror,” the Ukrainian government’s press release explained.

According to Popular Mechanics, the seemingly-homemade drone, which was so big it required two grown men to carry it onto their truck, was most likely used for tobacco smuggling purposes, specifically. If that seems like small-time crook behavior, you’d be forgiven not knowing that contraband Ukrainian cigarettes are routinely sold to the rest of Europe, foregoing tax, and generating an estimated $2 billion per year.

The government press release also states that this isn’t the first time Ukrainian border guards spotted rogue, abandoned drones and biplanes in the area. Since 2017, there has been one Antonov An-2 plane, a hang glider, and another quadcopter.

When it comes to unmanned smuggling missions, we’ve seen people across the world run quite the gamut of operations. Some are your standard, failed attempts to bring drugs across the U.S.-Mexico border, while others have seemingly been extremely financially successful before running into the law. The rest, as you might expect, are utterly buffoonish, and were quickly put to an end by police.

For the Ukraine, which is tragically caught in the crossfires of Russia’s proxy war against the West, smuggling cigarettes is a way to make money for those with no other means of liquidity. Earlier this year, for instance, a Ukrainian Border Patrol officer followed a drone to its operators and discovered a three-person smuggling ring. A rubber bullet was fired and the criminals fled only to be apprehended by police reinforcements.

Unlike airplanes, drones are not only highly affordable but can operate at altitudes low enough to avoid standard radar detection and any ground-based spotters observing the skies for noticeable activity. Hence, the government began flying Spectator-M drones in April, and while these are primarily intended to locate Russia-backed militants, their surveillance capabilities work to monitor civilian criminal activity just as well.