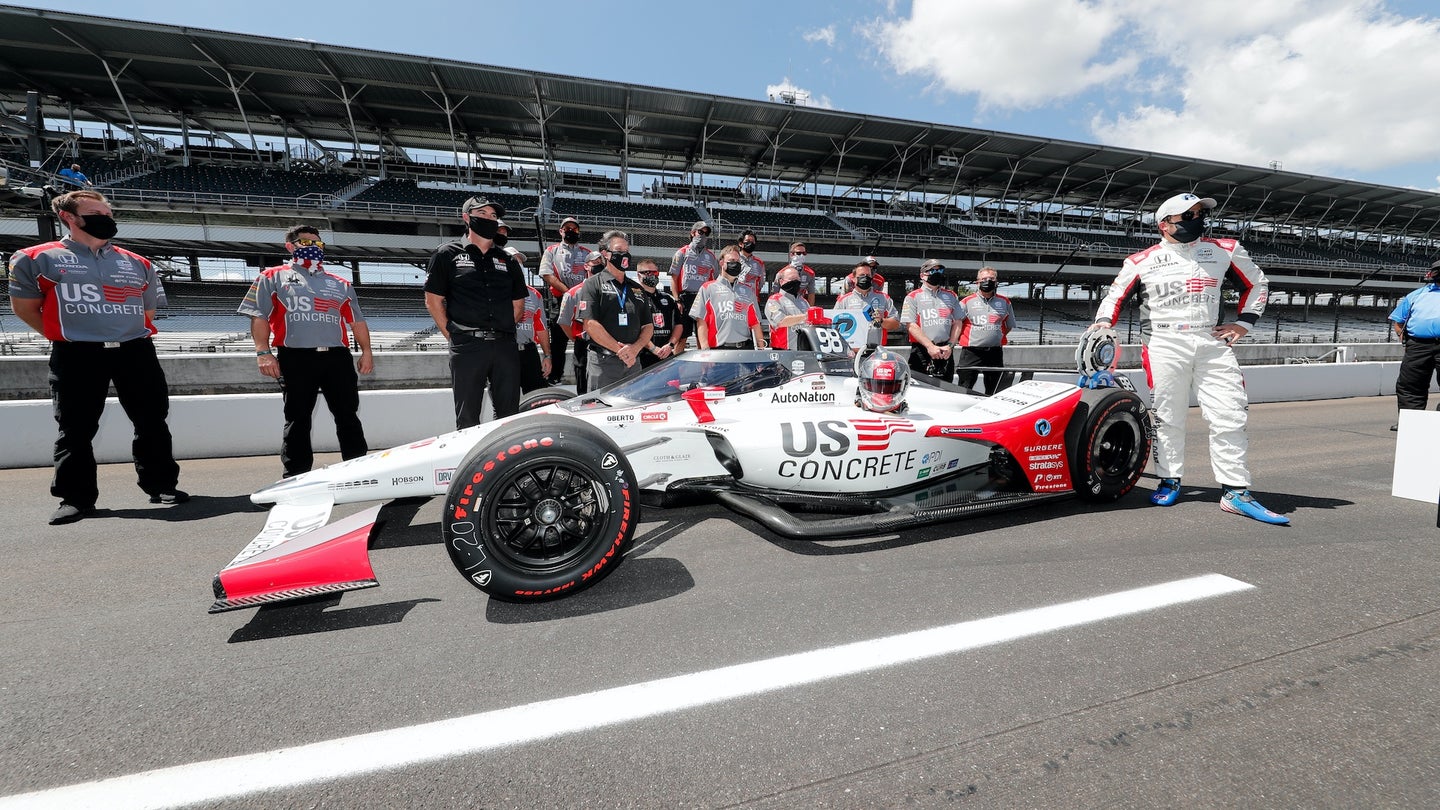 Marco Andretti fought a field of nine of the series' fastest racers to clinch pole position for the 104th running of the Indy 500, which has been delayed to Sunday, Aug. 23 due to the coronavirus pandemic.

Following Saturday's first round of qualifying, which saw no cars get bumped due to only 33 cars fighting for exactly 33 spots on the grid, Sunday's session was plagued with strong winds that made it even more challenging to drive a race car at over 230 mph.

Marco isn't the first member of the Andretti family to start from pole at the 500-mile race, which has seen half-a-dozen or so Andretti members contest in it. His grandfather, Mario, won pole position in 1966, 1967 and a third time in 1987, before going on to win the race in 1969 and then again in 1981, though the latter was eventually overturned and handed to Bobby Unser.

Up until Andretti lapped the track at a four-lap average speed of 231.051 mph, it was former Indy 500 winner Scott Dixon who looked set to take pole. However, Andretti had other plans, especially after the third-gen racer topped the timesheets on Friday and Saturday.

Speeds were incredibly high at the famous Brickyard, with Indy rookie Alex Palou even hitting 240 mph going into turn one, and consistently cranking out laps at a 230 mph average.

Along with Andretti and Dixon, former winner Takuma Sato will start in third, rounding up the front row for next Sunday's race. Further back, Rinus VeeKay, Ryan Hunter-Reay, James Hinchcliffe, Alex Palou, and Graham Rahal wrap up the top nine.

Alonso also crashed out on day two of last year’s Indianapolis 500 practice at over 220 mph. Here’s hoping that’s not a bad omen.