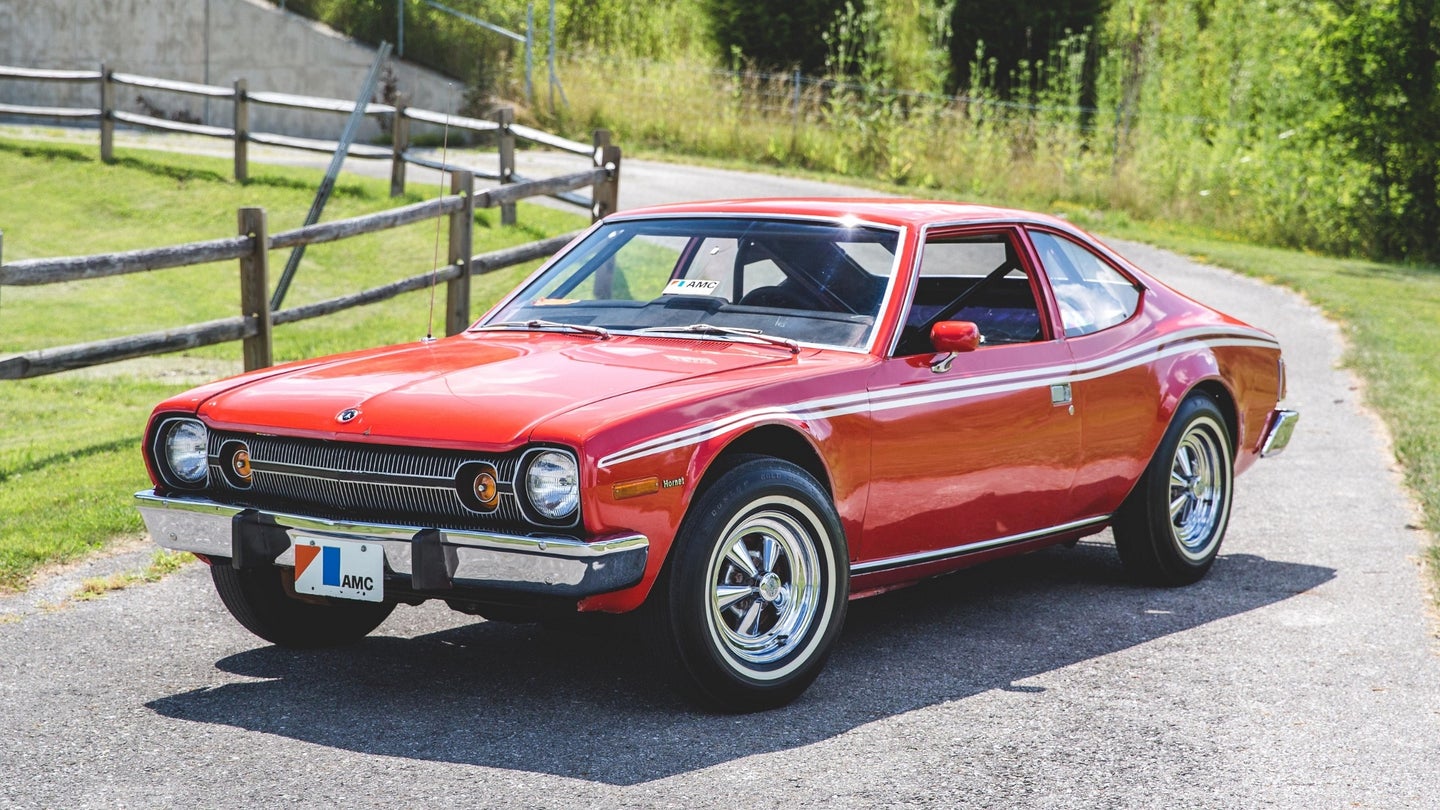 The Man With the Golden Gun is going to auction. This car was in a famously goofy stunt where Agent 007, portrayed by the late Roger Moore, performed a barrel roll over a river with a befuddled Sheriff J.W. Pepper in the car. In that glorious moment, James Bond became the Dukes of Hazzard. Bond even put on his best Southern accent when he said “I sure am, boy,” confirming to Sheriff Pepper that the barrel roll was happening.

Just to be clear, this isn’t the car we saw Bond and Sheriff Pepper riding in. This is the car that actually did the stunt. That means it doesn’t have that cool 1974 interior. Instead, it has one seat and a roll cage in order to pull off the barrel roll. Creature comforts are a bit limited.

As silly as the stunt was and as cheapened as it was by that weird sound effect, this was a real-life, honest-to-goodness barrel roll that some stunt man had to get right the first time.

This Labor Day weekend in Auburn, Indiana, this piece of film history could be yours thanks to Auctions America. It’s currently owned by collector and creator of the barrel roll jump Jay Milligan. Auctions America says Mulligan was barrel rolling since before the movie came out with his first successful stunt occurring at the Houston Astrodome. After he figured it out, Mulligan offered the impressive stunt to James Bond filmmakers.

If you’re a well-off Bond buff and/or AMC enthusiast, this Hornet is a must-have for your collection. With an expected selling price of $250,000-350,000, this is quite likely the most valuable AMC Hornet in the world. Just don’t jump it off any broken bridges if you want to keep the resale value up. It only adds value when James Bond does it.