The Last of the 5 ‘Hemisfear’ Foose Coupes Is for Sale

Possibly the greatest creation of one of a hot rod legend. 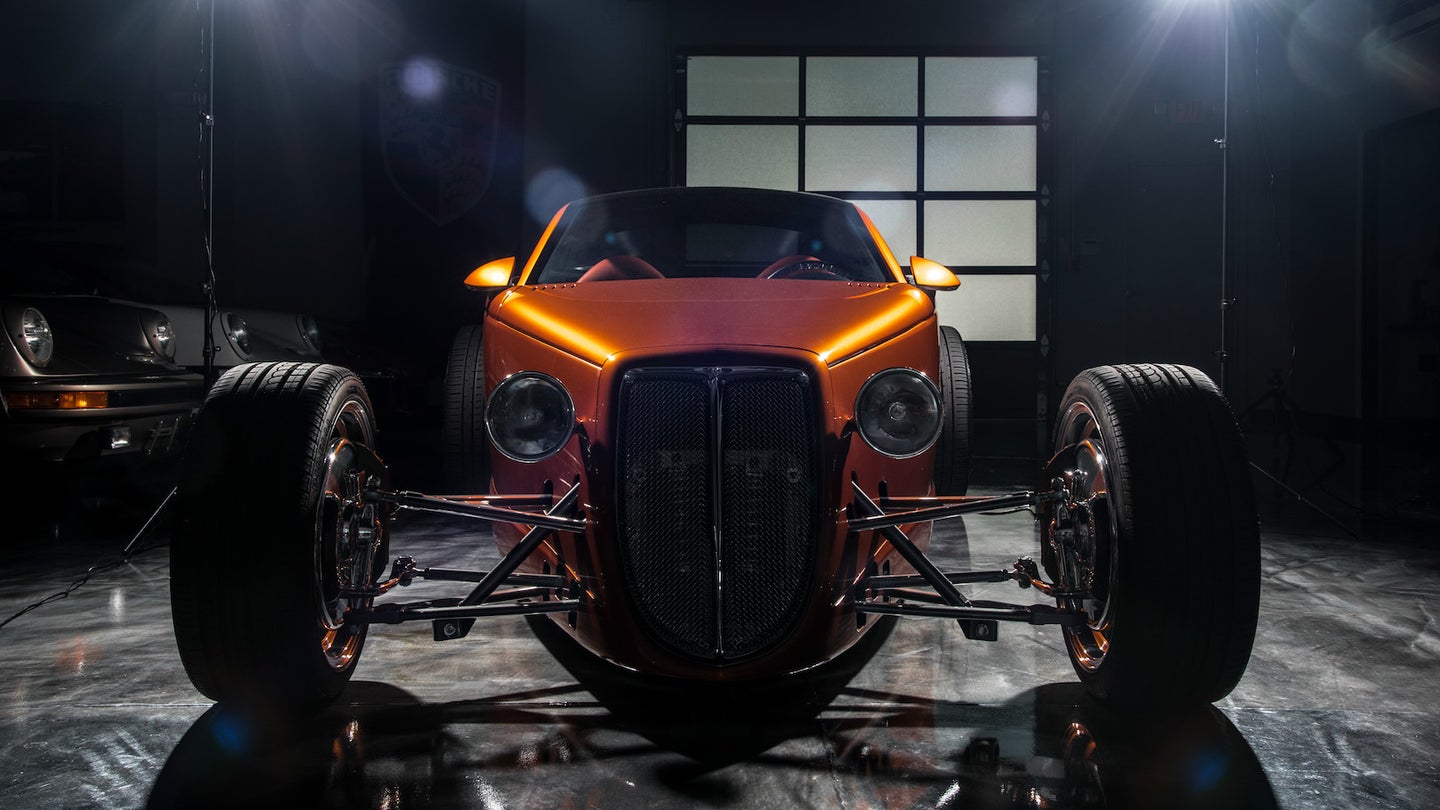 Too bad the song doesn't go "she's my little Foose Coupe, you don't know what I got," or it'd be the anthem for this rolling piece of automotive Americana. For those not in the know, Chip Foose is a demigod in the hot rodding world, known best for his shop, Foose Design, and the TLC show, Overhaulin'. He got his start in the world of hot rods by working for Boyd Coddington, another well-known name, between 1993 and 1998. When Coddington's shop encountered financial trouble, Foose jumped ship, taking some of the better builders with him, and set up a shop of his own. After a TLC special highlighted his Speedbird, a speedster treatment given to a 2002 Ford Thunderbird, his shop's notoriety skyrocketed, eventually netting him his TV show.

Foose eventually found himself in a position to bring one of his dreams to life—his Hemisfear project, known to some (us) as just the Foose Coupe. It was once no more than his graduation project for Art Center College of Design, according to Hot Rod, and existed only as a one-fifth scale model, built from fiberglass, wood, and aluminum. The design was later praised in the April 1991 issue of Hot Rod Magazine and is speculated to be the inspiration for the retro-styled Plymouth Prowler. Eventually, Foose found himself in a position to realize his dream, and he constructed five full-scale versions of his Hemisfear.

The fifth of these cars came up for sale Wednesday by a North Carolina dealer, by proxy of Bring a Trailer. It is powered by a mid-mounted 460 horsepower, 5.4-liter Ford V8 worked over by Roush, connected to a five-speed ZF transaxle. The whole car is clothed in carbon fiber and it has an interior that will not be found elsewhere in the automotive world. With only 267 indicated miles on the odometer, this car may well demand close to its original price of $298,000. The auction's reserve is not listed, but one struggles to see the current high bid of $40,000 exceeding reserve.

If you feel like driving a real-life Hot Wheels, you'll need to get your bid in before the auction's end on Wednesday, August 9.

We Live in the Age of the Muscle Supercar

Many of the muscle cars of today have enough performance to slap European sports cars in the face.