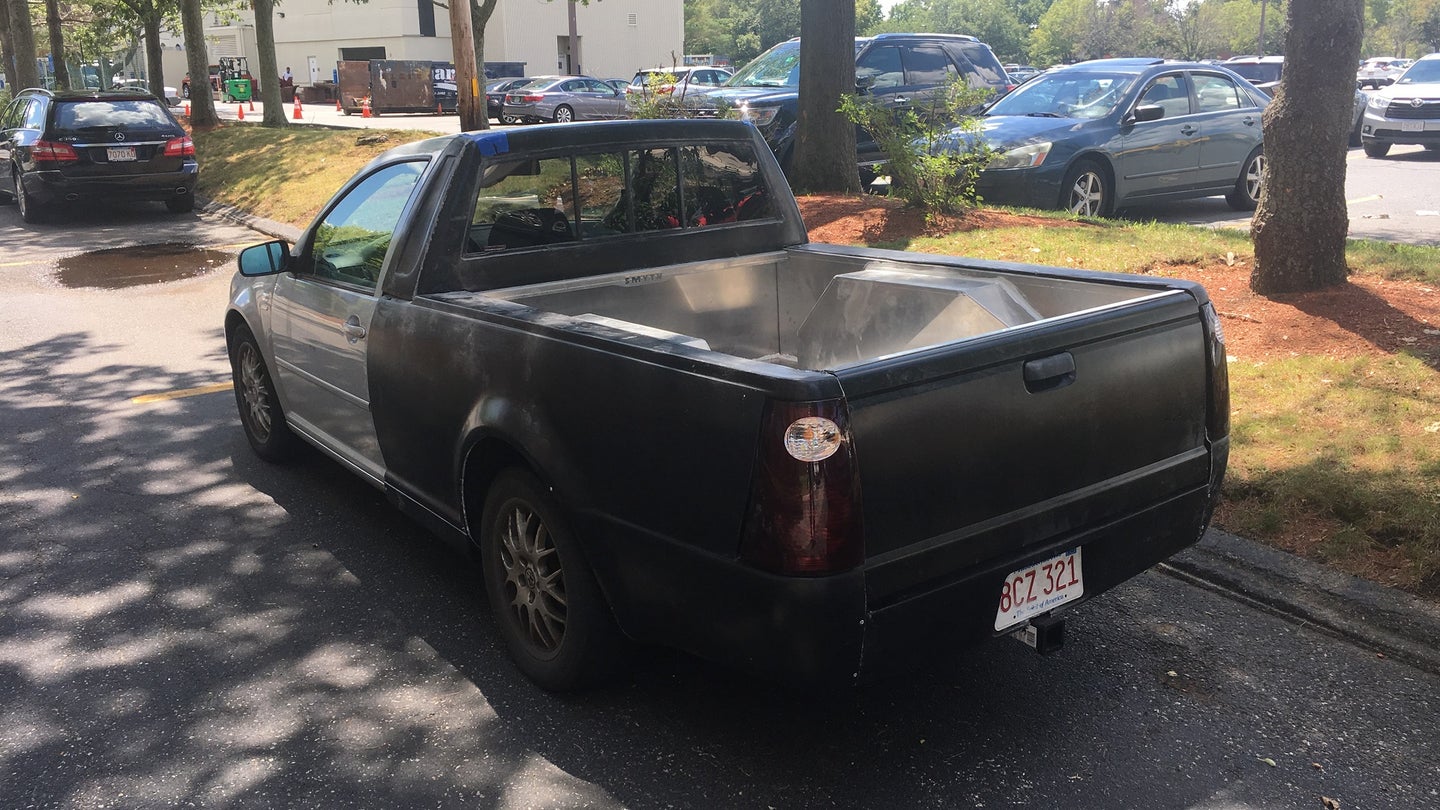 Though its rough around the edges, our 2003 Volkswagen Jetta is back on the road in its new ute form thanks to the Smyth Performance kit. I've taken a break from working on it and have been enjoying driving it in its new form. Which begs the question: Can you daily drive a Ute, as Smyth Performance claims?

While you might take one of Mark Smith's previous projects, a Factory Five Cobra, to work on a perfect summer day, there's no way you'd want to drive it in the rain with no roof. If you care about the kit car at all, you'll park it in a garage, not outside in the elements. But the Smyth Ute is different. The interior is not only enclosed and sealed, it's just as comfortable as the Jetta was before the conversion. That means supportive, heated cloth seats in our Wolfsburg Edition. Surprisingly, the air conditioning works perfectly in our 240,000-mile Jetta, and reducing the interior space by half makes it that much more effective at keeping the inside cool on a hot summer day. Though on a pleasant morning, it's also nice to put down the windows and open the sliding back window for great ventilation without getting an earful of wind, like the Ford Rangers I used to drive did.

This, plus around 200 pounds of weight reduction in the rear, make the Ute handle even better than the original car—a benefit I had not expected. On the stock suspension, the rear sits more than an inch higher than stock, giving the car a bit of a forward rake. Adjustable coil overs would easily fix this, but I'm leaning toward either upgrading the front to stiffer OEM springs intended for a VR6 model, or a full set of lift springs tuned to provide more lift in the front than the rear.

I'm more concerned about daily driving a 14-year-old Volkswagen that's already driven as many miles as to the moon than I am about daily driving the Ute conversion. Though I haven't tested how weatherproof it is yet since I'm still doing body work on the roof, I'm convinced that the Smyth Ute is, in fact, a kit car that you can drive every day, not something destined to be a garage queen. The build has been fun, but when it's done, it's done. It's good to know that I'll be able to continue to enjoy it by driving it regularly, including in conditions you wouldn't even consider driving most other kit cars.