How's that for ludicrous? 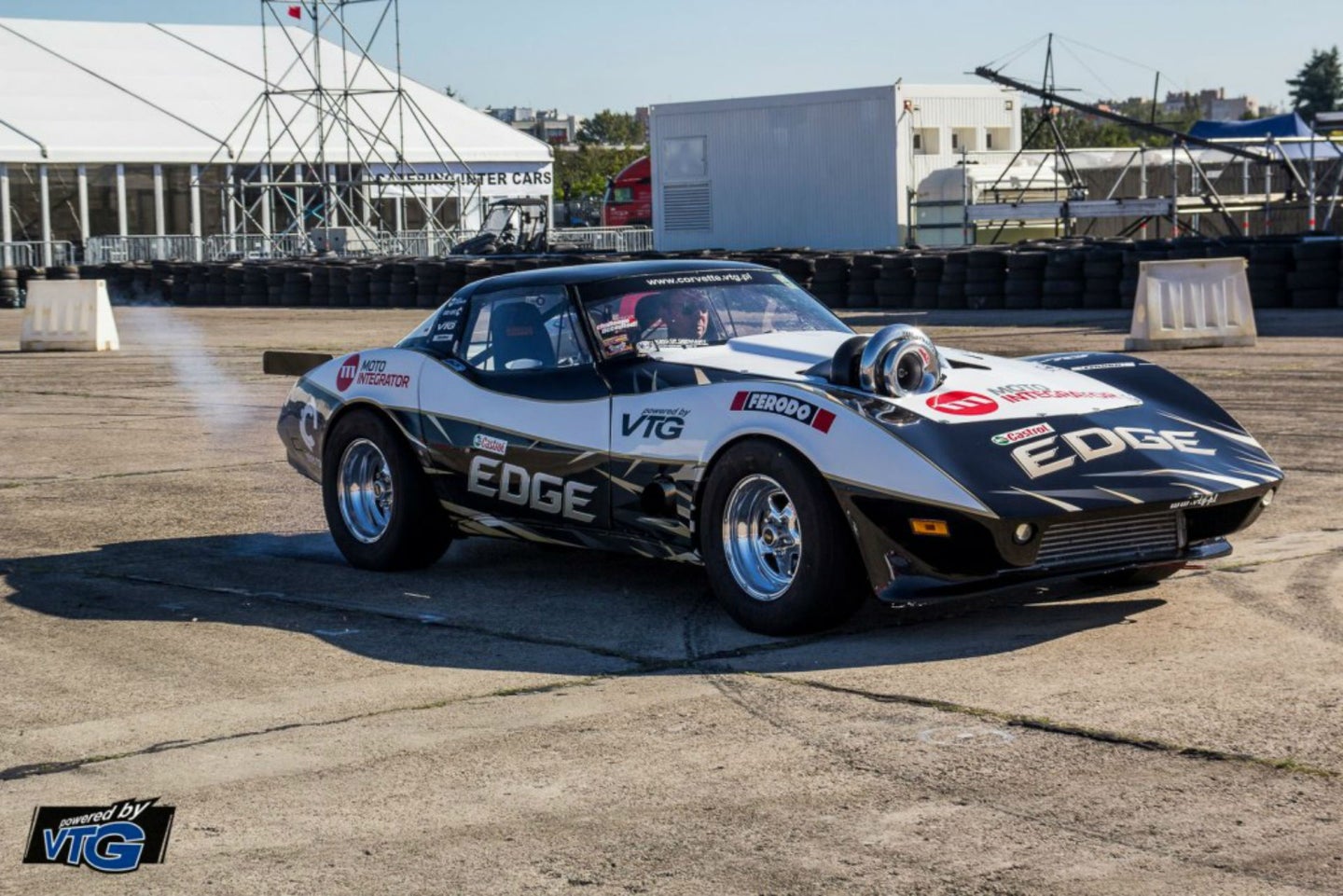 VTG, a company out of Poland, has tested and developed this all wheel drive C3 Corvette as a dedicated dragster that runs—get this—seven-second quarter-mile passes. The nearly 2,000-horsepower machine has every bit of custom fabrication and machine work that you'd expect from a world class race car, and with everything dialed in correctly, it can perform some straight up blistering passes.

The engine itself has been lifted from a newer Corvette as it is a 6.2L LT1 unit. It's been massaged, or rather, man handled, to pump out 1,973 horsepower in top spec thanks to an enormous 91-millimeter Turbonetics blower.

All of that power is transferred through a three-speed automatic trans to a modified GMC Typhoon all wheel drive system, making great use of the GM parts bin. That extra bit of traction helps to improve this car's 1320 times to a current personal record of 7.545-seconds in the quarter-mile ... and that's on low boost. That time was set with just 1,628 horsepower, meaning they've got more than 300 extra ponies to play with once the car is set up correctly.

That's surely enough to blow the doors off of your local competition, and it could very well hold its own in national brackets. While America is definitely known for its drag cars, stuff like this can only come out of power-crazed, European skunkworks.

Can you prove us wrong? Send us a video of your even wackier ride on Facebook or drop us a line to prove what you've got. Don't forget the time slip.