The former owner found out real quick what 460 American horses are capable of. 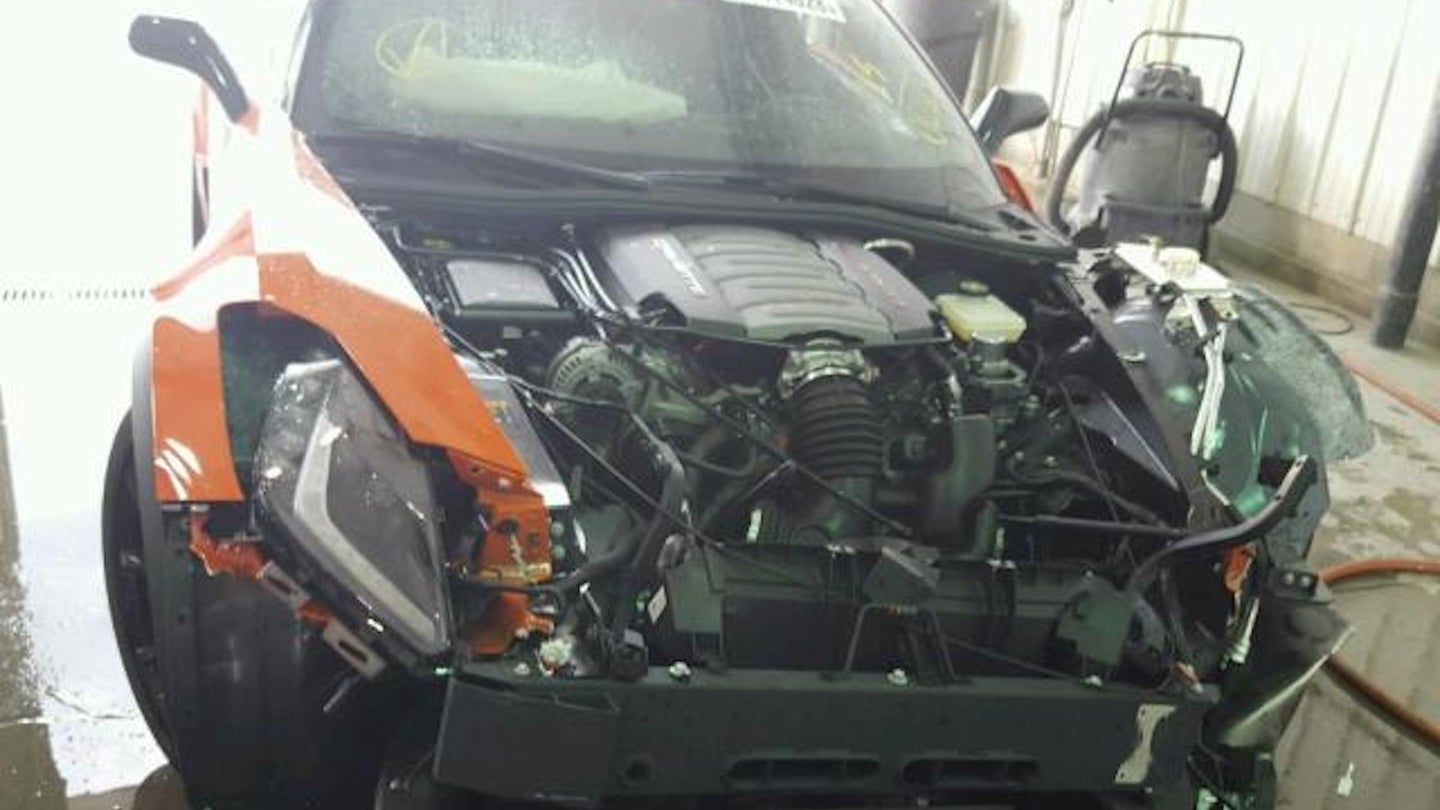 A lovely 2019 Chevrolet Corvette Grand Sport is currently looking for a new loving home after being abused by its previous owner who must have left it for dead on the side of the road after realizing that a 460-horsepower, rear-wheel-drive car simply was too much for him or her. Oh, and after smashing into an immovable object, too.

Unfortunately, or perhaps fortunately for innocent bystanders, the former owner of this lovely Sebring Orange 'Vette found out rather quickly that a machine of this caliber must be treated with respect. How quickly? Just 15 miles. According to Copart, the salvage vehicle auction company in charge of selling the disfigured beauty, this 2019 Grand Sport has only 15 miles on the odometer in addition to front-end and undercarriage damage.

Unlike the McLaren 720S that was recently crashed during the first 24 hours of ownership, there isn't much of a backstory to this Corvette. It's not clear whether it was privately owned or it belonged to a private dealership's inventory. However, it really wouldn't be a huge surprise if it had been crashed by a rogue dealership employee going for a joy ride, or an overzealous customer "sampling the goods" on a test drive. Regardless of what happened, someone's loss can be another person's gain.

As of right now, the salvaged Grand Sport shows a high bid of $13,100, which is considerably less than its $65,590 starting price when new—a mere 15 miles ago. The website doesn't show the cut-off date for the auction, but it's safe to assume that the current price will most likely go up considerably. Just the LT1 V8 block is worth a few thousand, plus the remaining wheels (if in good shape), seats, electronics and other goodies that can still serve a purposeful life in a new, more responsible home.