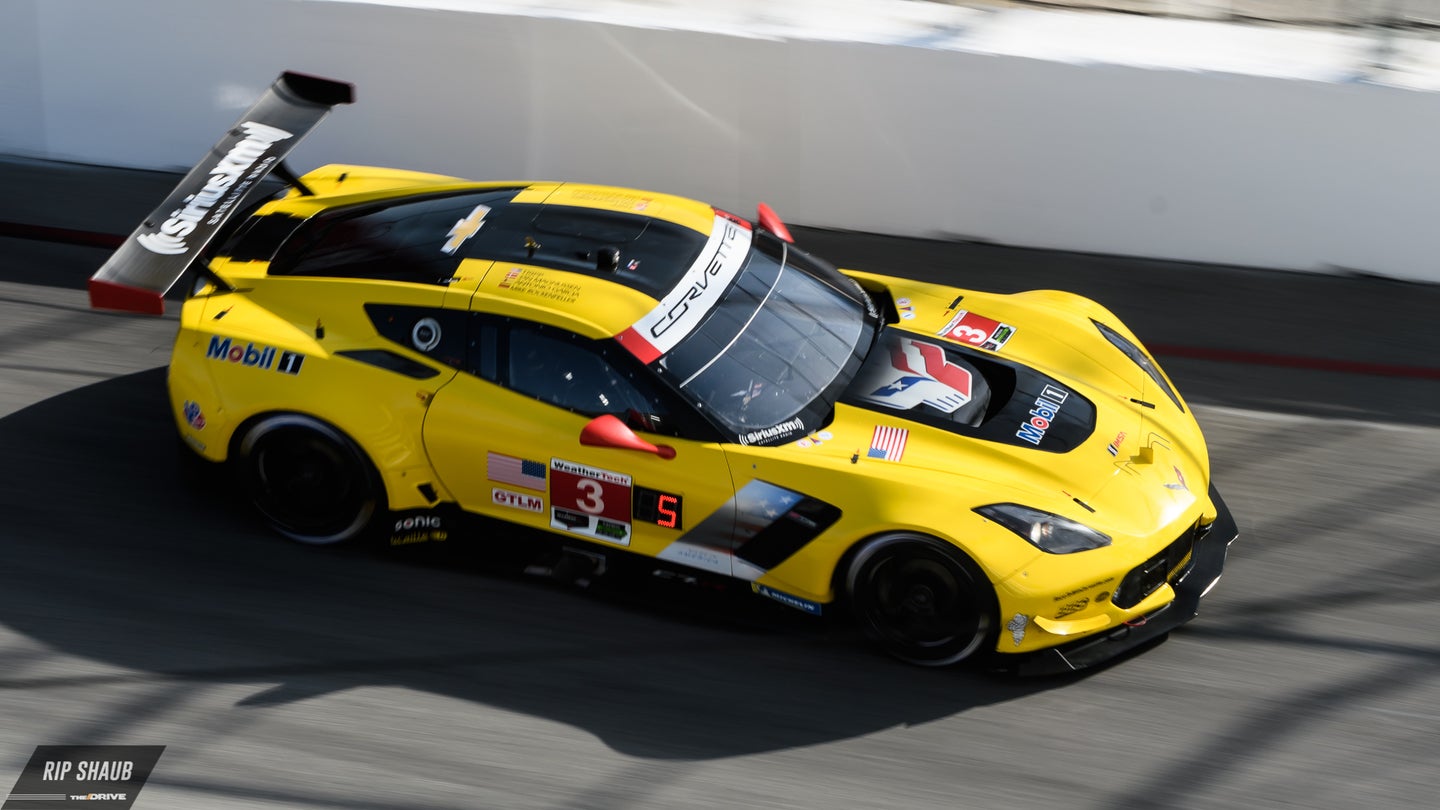 This weekend's IMSA WeatherTech GT-only round at Lime Rock Park will be led by Corvette Racing's No. 3 C7.R as Antonio Garcia set a class track record in qualifying on Saturday. The Spaniard will be accompanied by teammate Jan Magnussen at the Northeastern Grand Prix with Porsche's No. 912 RSR entry joining them on the front row in GTLM.

Garcia swept the field with a 49.754-second run around the 1.50-mile, seven-turn track. Porsche's P2 qualifier and the No. 66 Chip Ganassi Racing Ford GT also clocked a sub-50 second time at Lime Rock, marking a first at the historic road course.

Tommy Milner put the No. 4 Corvette Racing C7.R in fourth and was quickly followed up by Richard Westbrook in the No. 67 CGR Ford.

Both BMW M8 GTE entries fielded by Team Rahal Letterman Lanigan Racing qualified consecutively and will start sixth and seventh. Patrick Pilet rounded out the field in eighth following a pre-qualifying practice crash, eventually setting a time of 50.656—in total, every car in the GT Le Mans class was separated by less than a second.

“It felt really good…fast for sure," Garcia said after Saturday morning's qualifying round. "This is the first time a GT car has been under 50 seconds here. It’s pretty awesome to be able to run on low fuel and good tires; this afternoon will be completely different. This is the fun part…not taking care of the tires! But the race today will be the complete opposite.”

With the Prototype class absent from the July 21 running at Lime Rock Park, GT Daytona will be the only class to race alongside GTLM on Saturday.

American Porsche factory driver Patrick Long was able to place his No. 58 Wright Motorsports Porsche 911 GT3 R on pole, knocking off the recently-dominant Lexuses of 3GT Racing. His 51.491-second best was enough to nab the first GTD class pole for Porsche in 2018.

Dominik Baumann wheeled the No. 14 Lexus RC F GT3 to second place on the grid, snapping his stablemate Jack Hawksworth's two-race pole streak in the process. The No. 15 Lexus will start in third as Paul Miller Racing's No. 48 Lamborghini Huracan GT3 completes the second row.

Saturday's sprint event will begin at 3:00 p.m. EST and FS1 will broadcast a tape-delayed airing starting at 4:00 p.m.

Tequila Patrón to Withdraw from Motorsports After 2018

The spirits company has served in several sponsorship roles for the past 13 years.

Ooooh, feel those 707-horsepower muscles, as only Detroit can build them.