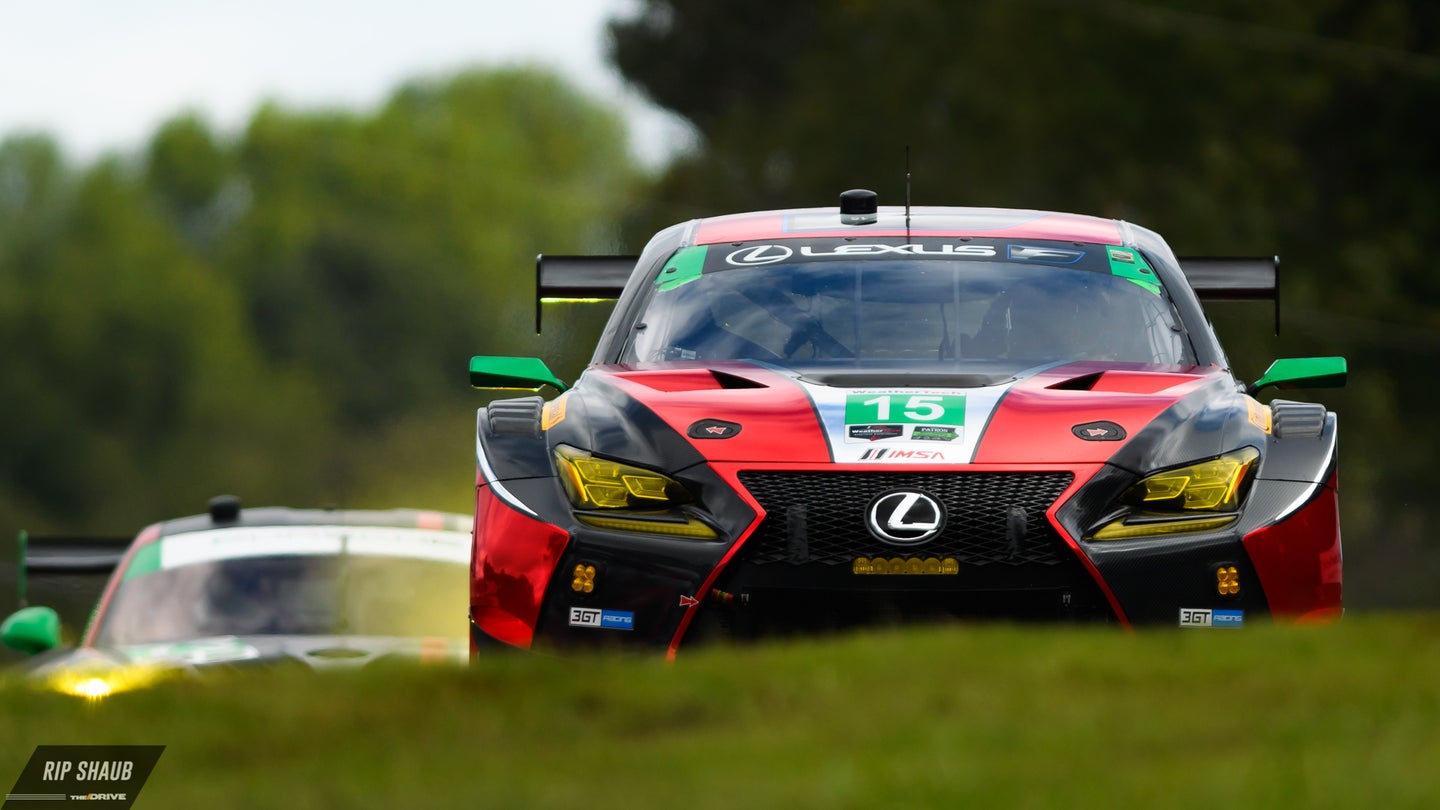 Lexus has confirmed its split with 3GT Racing ahead of the 2019 IMSA WeatherTech Sportscar Championship season, announcing it will partner with AIM Vasser Sullivan going forward.

The Japanese automaker's relationship with Michigan-headquartered 3GT began with plans of an initial IMSA competition rollout in 2016 which was then pushed back by a year. Entering a pair of Lexus RC F GT3 racers, the outfit began to find its footing in 2017 before achieving consistent success during 2018. Ex-IndyCar driver Jack Hawksworth managed three pole positions behind the wheel of the No. 15 entry this past season, and teammates Dominik Baumann and Kyle Marcelli nabbed wins at Mid-Ohio and Virginia International Raceway in the No. 14.

Drama plagued 3GT Racing intermittently as team owner Paul Gentilozzi was involved in a legal battle with IndyCar's Ryan Hunter-Reay, one of his former drivers. The decade-long saga eventually ended in Hunter-Reay's favor but brought about concerns in the meantime with Lexus' name unpleasantly attached to the situation.

“Paul Gentilozzi and the 3GT Racing team played an integral role in assisting Lexus in the development of the RC F GT3, “said Cooper Ericksen, vice president of Lexus marketing. “We are grateful for our partnership and for the growth we experienced together as Lexus returned to the racetrack. We wish them well in their future endeavors.”

“Having the opportunity to campaign two mighty Lexus RC F GT3 cars in the IMSA WeatherTech Championship in partnership with Jimmy and Sulli is fantastic,” said AIM Vasser Sullivan co-owner Andrew Bordin. “To compete for wins and championships in this ultra-competitive class requires excellence in all aspects of racing and we now have all of the right pieces in place.”