Global-spec LMP2s continue their fight against DPis in Canada. 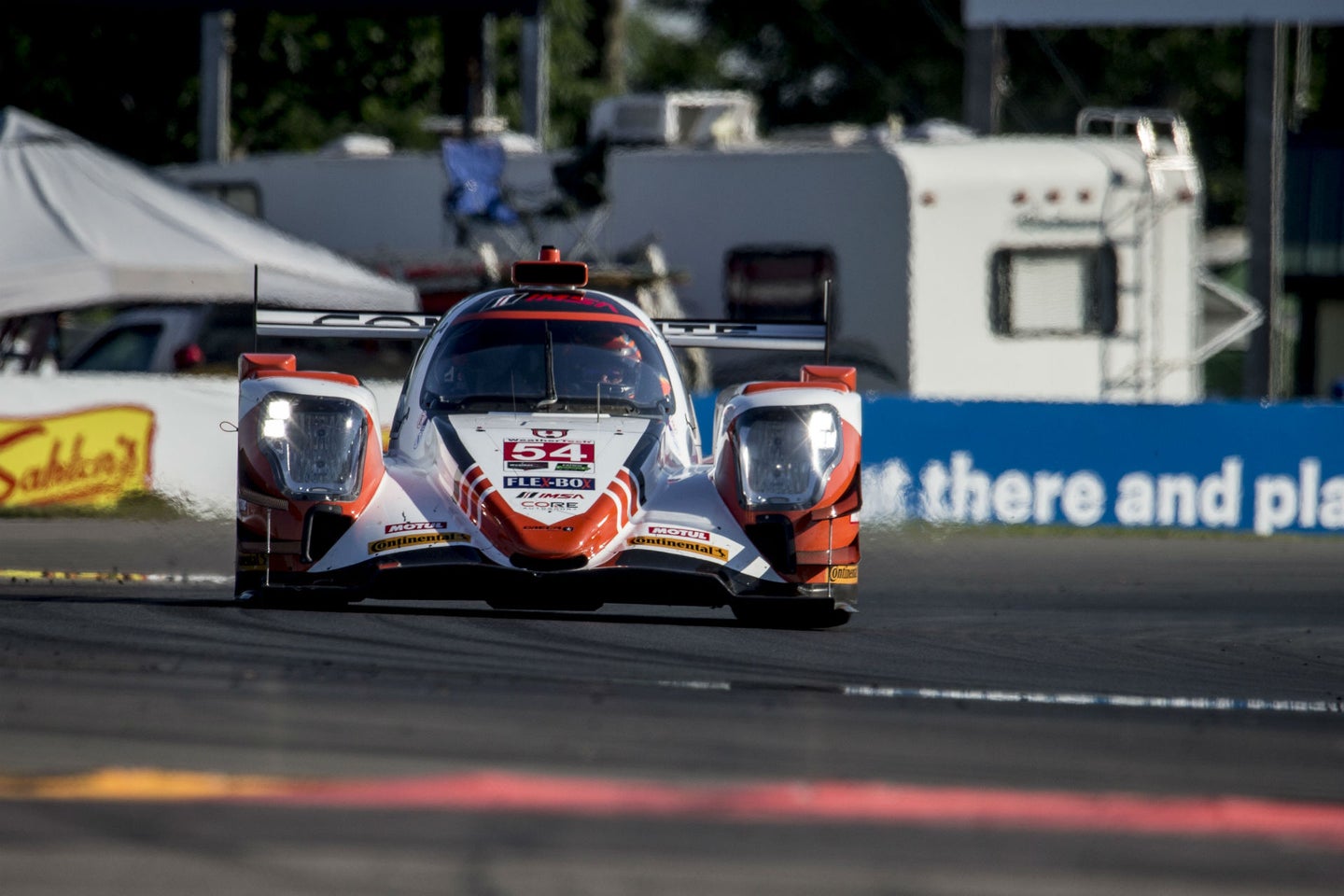 Colin Braun drove his No. 54 CORE Autosport Oreca 07-Gibson to pole for a second-consecutive weekend at Canadian Tire Motorsport Park on Saturday. The Texan was able to fend off the best efforts of Dane Cameron in the No. 6 Team Penske Acura ARX-05 DPi while smashing the lap record in the process.

In total, Braun's time of 1:06.315 was over two seconds faster than the previous benchmark set at the track by Ricky Taylor in 2017.

As a result of Braun's rapid pace, CORE Autosport will lead the charge for global-spec LMP2 cars against the established and successful DPi field. While the P2 Orecas and Ligiers remain the same as they have all season performance-wise per IMSA's agreement with the FIA and ACO, the Daytona Prototype internationals were awarded a power bump for this weekend. However, that still wasn't enough as Cameron was quickly trailed by Robert Alon in the No. 85 JDC Milller Oreca, who will start Sunday's race in third.

"This Oreca is fast, obviously,” Braun told IMSA Radio. “It’s just a blast to drive out here. It’s an efficient car; we’re a single-car team, a small team, and we’re learning along the way. You wouldn’t believe the amount of knowledge we gain at every race. We’re five races into our first season with this car.”

Keeping a good thing going at Porsche, Nick Tandy piloted the No. 911 RSR to pole with his teammate Patrick Pilet in tow. The Stuttgart duo will duke it out with the No. 67 Ford GT of Richard Westbrook and Ryan Briscoe who will start alongside them on the front row.

Tandy's Porsche was more than three-tenths quicker than the Ford of Briscoe as it rounded the track in 1:13.517.  Both were able to beat out the No. 3 Corvette Racing C7.R, whose Jan Magnussen performed a best lap of 1:13.934. He will be accompanied on the second row by the No. 912 Porsche entry of Earl Bamber and Laurens Vanthoor.

“Qualifying’s one thing, but the race is obviously not one lap long,” Tandy said after Saturday's qualifying session. “I’m sure we won’t have such an advantage. We qualified on pole here in 2015 and won the race. So we hope to carry on that stream.”

Jack Hawksworth has found his stride in the No. 15 Lexus RC F GT3 as he gained pole in a one-two qualifying round for 3GT Racing. A gap between him and the No. 14 entry of +0.439 seconds showed his unbeatable pace ahead of this weekend's contest which he hopes will continue in his hunt to recover points for the GT Daytona championship.

Class leader Paul Miller Racing finished best of the rest with its No. 48 Lamborghini Huracan GT3 as Madison Snow and Bryan Sellers will start on the second row at CTMP.

Hawksworth's significant advantage over the rest of the field has him in a good position to climb the ranks as this is his third class pole of the 2018 season.

A shortage of spare engines has forced the team to cut its fielded entries in half for this weekend’s contest.

Braun beat Paul di Resta in the No. 32 United Autosports Ligier by .006 seconds.