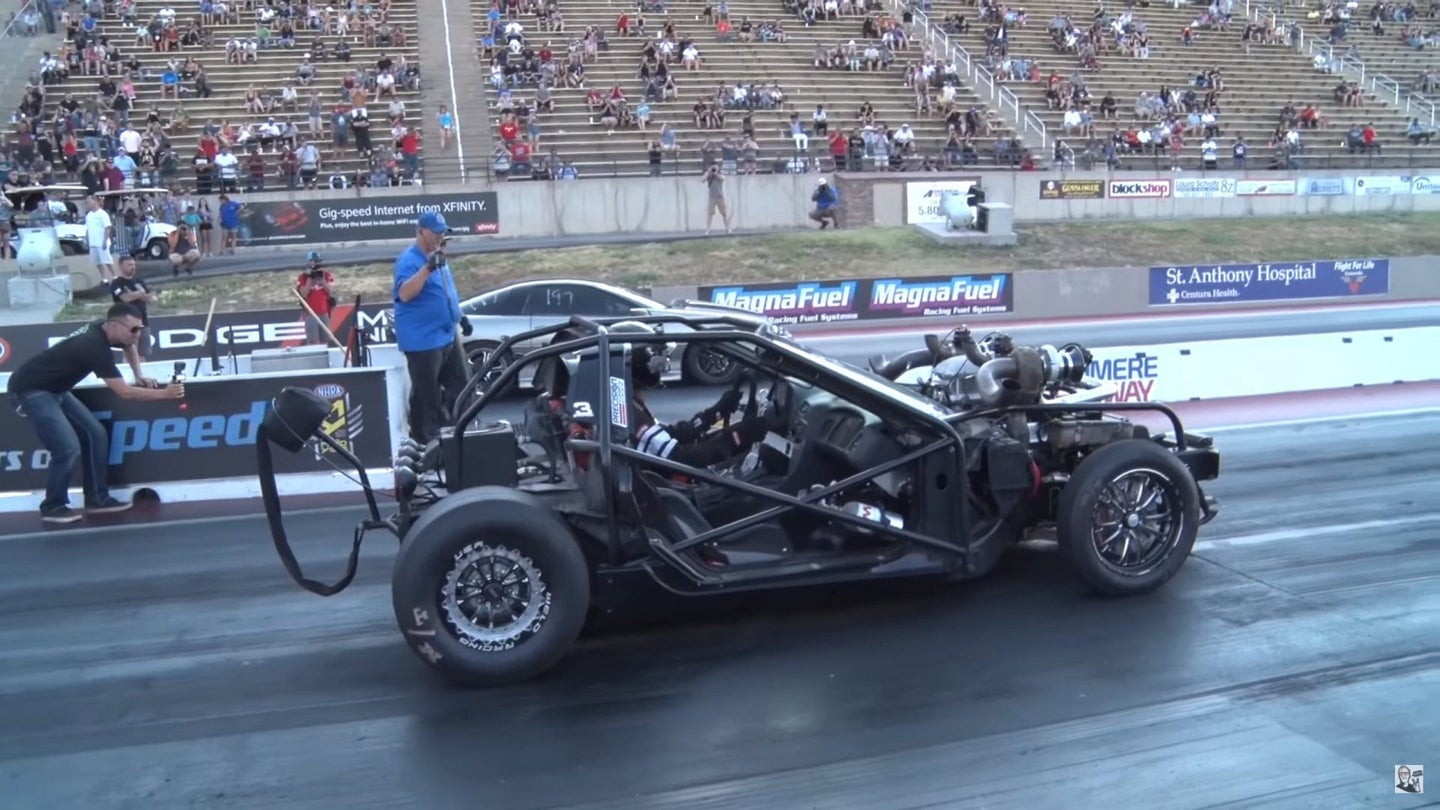 On Aug. 19, 2018 Garrett Mitchell—who goes by the name "Cleetus McFarland" on YouTube—set the quarter-mile Corvette-powered stick-shift record in his ‘Vette kart named “Leroy,” setting a time of 8.106 seconds at 178.25 mph. One day later, he went back and one-upped his record—and became the first GM-powered stick shift car in the seven-second range. Late in the evening of Monday, Aug. 20, at Bradenton Motorsports Park, Mitchell piloted “Leroy” to a record-breaking time of 7.824 seconds at 176.57 mph in the quarter mile.

Mitchell has built quite the following for himself and “Leroy.” What started as a salvage-titled, stripped-out C5 Corvette has become an Internet sensation, setting—and beating—records all over. “Leroy“ is powered by a twin turbo 427 LS Block built by Texas Speed & Performance and tuned by Fasterproms.

Here is the video from his run Aug., 19. The video from the seven-second run was not posted at the time of this writing.

These kart style builds have become fairly popular, thanks to examples like Roadkill's famous C4 Vette Cart. There is even a BMW 5 Series kart, which seems like the most unlikely candidate for the  treatment. There’s also a Yamaha R1 powered go-kart that has been tearing it up at the strip.

Unfortunately, these are not always safe vehicles, so your best bet is to limit the use to private property, closed roads, and tracks. In April, the driver of the aptly-named "Death Kart" was killed during a head-on collision with another vehicle.