For Better or Worse, the Nissan Juke Is No More

The divisively-styled crossover is dead. 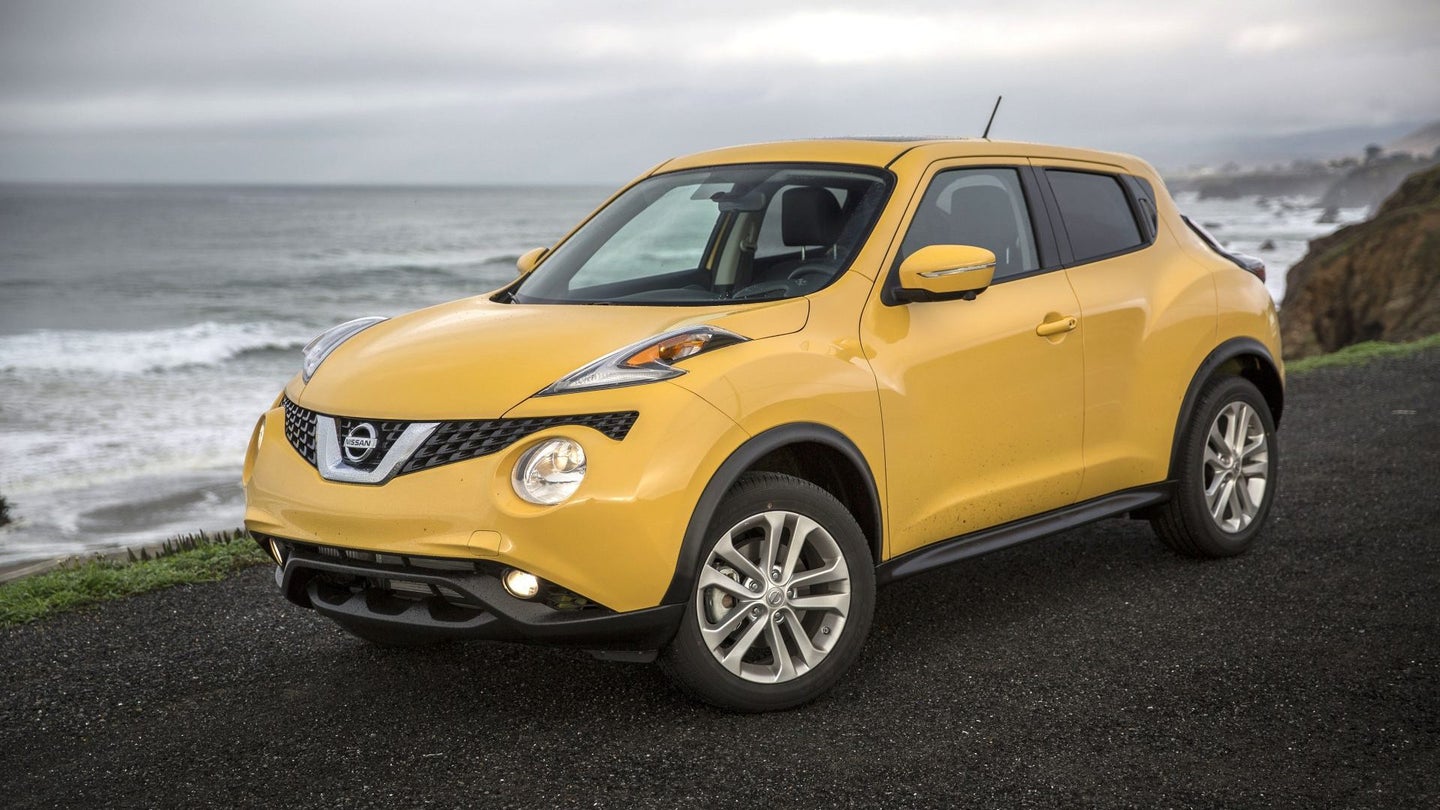 According to a report by Automotive News, Nissan's ever-polarizing Juke subcompact crossover is—in the U.S. at least—discontinued. Dead. Donezo. Finito.

The report explicitly blames its demise on weak U.S. sales brought on by the Juke's, er, divisive styling. In 2017, Nissan reportedly sold just 10,157 Jukes in this country, 48 percent less than the year before.

The small crossover has, however, found decent success in the European market where Juke sales totaled approximately 95,000 in 2017. In fact, the company's plant in Sunderland, U.K. just celebrated building its millionth Juke two weeks ago. Europeans apparently love this crossover so much, they went and built a million of 'em. Yeah, I was surprised too.

On American soil, however, the Juke will soon be replaced by the Kicks, a new subcompact crossover from Nissan with an equally silly name but styling that's quite a bit less outlandish. Starting at $18,965, the Kicks will undercut the car it replaces by more than $1,000.

Automotive News reported the Juke was originally built as a "sports car crossover" aimed at single, young males who would then trade up to a 370Z rather than a Rogue or Pathfinder. We'll leave it up to you to decide how successful the Juke was in garnering a cool-guy, sporty-car image but the sales figures don't lie. Perhaps the wild-looking Nissan was just too cool, too edgy for most American buyers.

And with that, we bid it adieu.

A 2015 study shows dehydrated driving can be as bad as drunk driving.