Rest easy, though, because the gas-powered "400Z" is expected to drop next year. 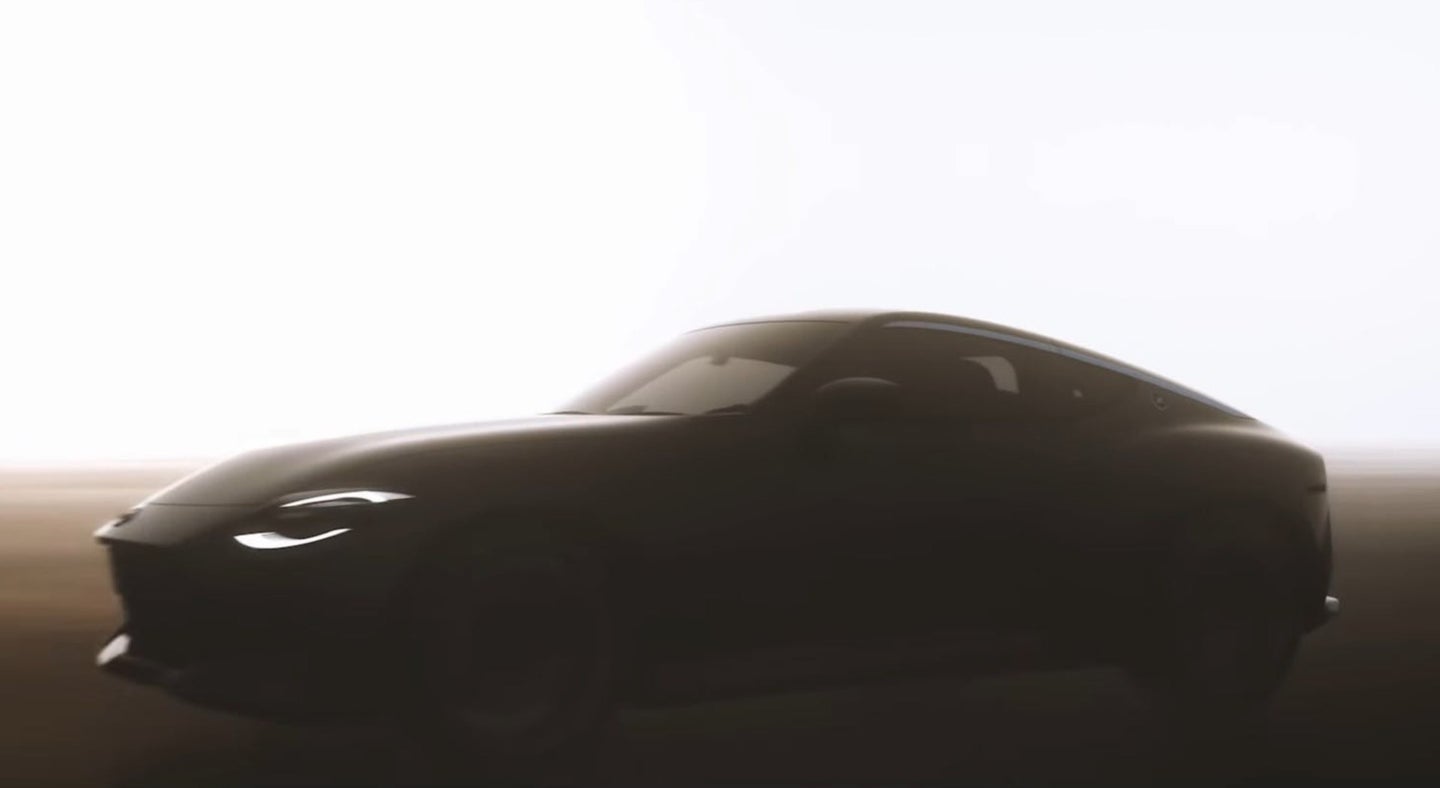 After giving us our very brief first look at the next-generation Z sports car back in May, Nissan has stayed mum about the future coupe. No engineering details, no timelines, nada. If a new report out of Australia holds any water, however, we now have a good idea of when we'll actually start seeing them on the streets as well as when electrification will come to the Nissan Z.

According to CarAdvice, Nissan is currently wrapping up development on the so-called "400Z" and will be shipping the car off to dealerships sometime next year, with Nissan strategy boss Ivan Espinosa saying the car is "very close." Espinosa also says that while the Z will stay gas-powered for now, we definitely shouldn't rule out the possibility of a hybrid and possibly even an all-electric variant sometime in the back half of the decade.

"What I can tell you is I still see space for two different things," Espinosa told the press. "Probably in the short term you can still see...a bit more conventional technology coming. By conventional I mean [an internal combustion engine.]"

If or when electrification eventually does come to the Z, it'll come in the form of a hybrid first before the company toys with a pure EV Z. In case you missed it, Nissan unveiled an all-new electric crossover just last week called the Ariya.

Espinosa adds, "The technology of [electric cars] is very well advanced, but it's not at the level you can deliver the performance expected in a sports car," pointing to "some challenges with the weight of batteries" and the ability of said batteries (or lack thereof) "to do lap times." Companies like Rimac will likely have something to say about that but, then again, the limitations of engineering a $2 million hypercar likely aren't the same as those of a relatively mass-produced sports coupe (hopefully) coming in at well under $100,000.

Now for the bad news. CarAdvice alleges that because the "400Z" will still be built on the same basic FM platform as the existing 370Z, electrification will have to wait until the next-next generation car which the publication doesn't expect to be out anytime before 2025.

"You’d have probably two steps in the early stages or the coming years," said Espinosa. "We still see space for a bit more innovation [with internal combustion engines] and in the mid to long term you could start hearing from Nissan maybe exploring on the sports cars with electrification."

The Drive has reached out to Nissan for comment and will update this story when we hear back.