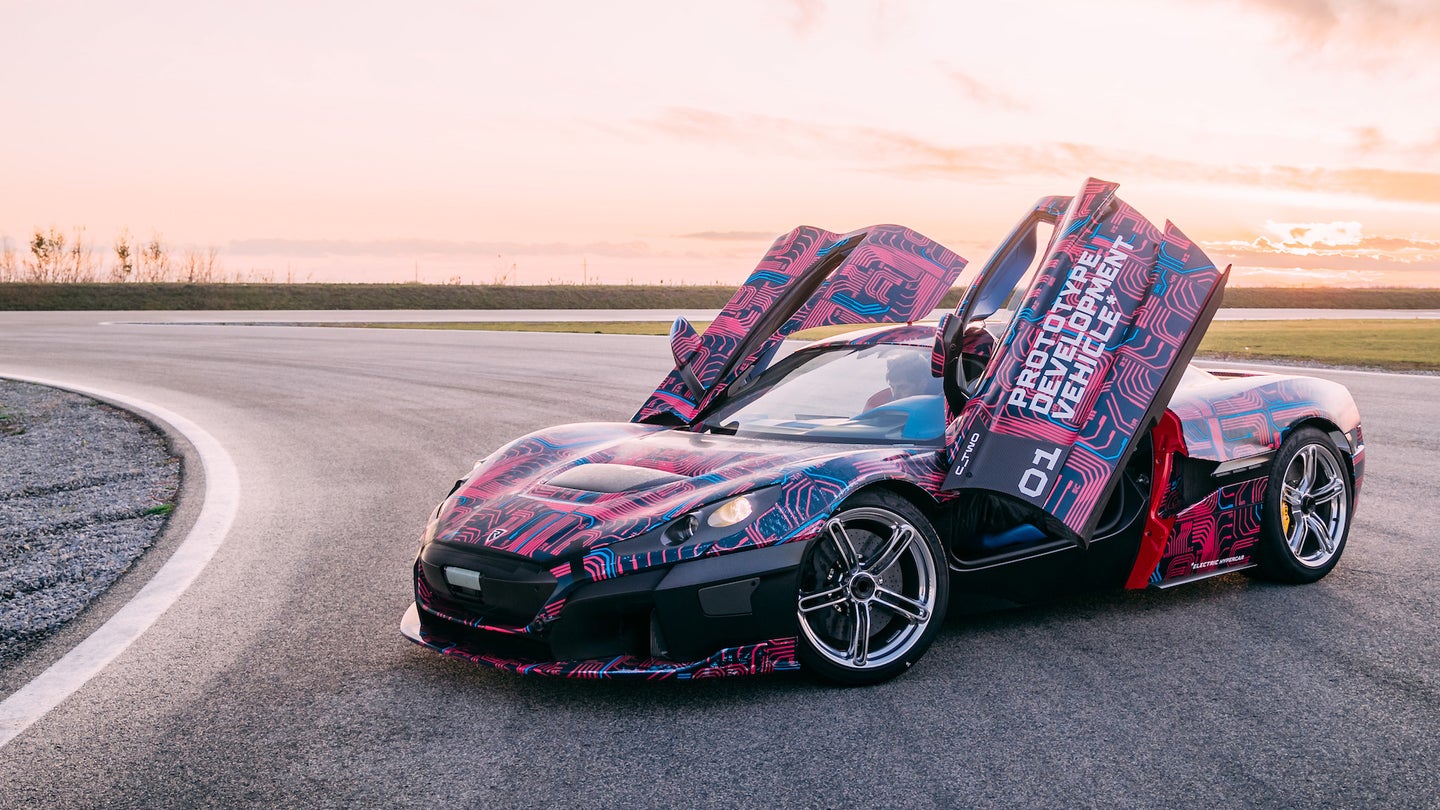 There, Rimac will debut the car's production-spec body, its updated ergonomics, and finalized performance specs along with the model's name—as C_Two is just its working code name. As a successor to the limited-run Concept_One, whatever the C_Two will be called will be a manifestation of every high-performance vehicle technology possible today (minus fan car tech of course). Its quad-motor electric drivetrain will offer all-wheel torque vectoring and produce 1,888 horsepower and 1,696 pound-feet of torque. Combined with active aerodynamics, these specs are anticipated to give the C_Two a zero-to-60 time of as little as 1.85 seconds, and a top speed of 258 mph.

During the past year, Rimac has been testing a 17-strong fleet of prototype cars. Some C_Two prototypes have been sacrificed to important evaluations such as crash testing, while others have been used to play with adventurous technologies such as automated high-performance driving. Noted, it's automated, not autonomous; as the two are distinct concepts.

Rimac plans to produce only 150 C_Twos, which will begin to arrive in clients' garages around a year from now. All examples have reportedly been sold already, at more than $2 million apiece. That's quite the accomplishment for a Croatian automaker founded only a decade ago, though we can't quite yet coronate the C_Two the king of electric hypercars—it'll have to first conquer its closest competitor to the throne, the Lotus Evija.