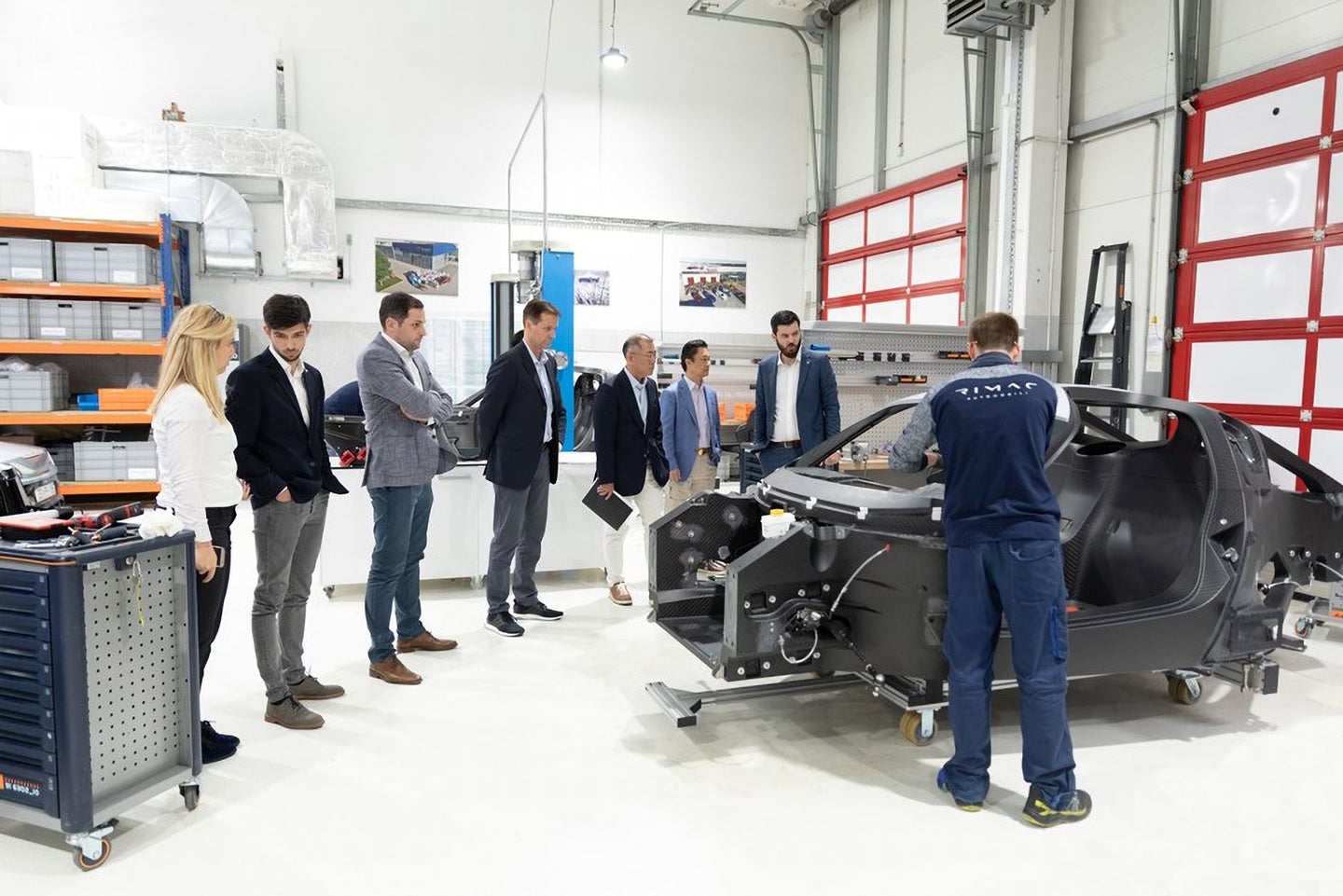 While the Western Hemisphere was asleep, Hyundai Motor Company and its sister Kia Motor Corporation invested a grand total of 80 million euros into small-time Croatian electric hypercar manufacturer, Rimac Automobili. With current conversion rates, that equates to a more than hefty $89,908,000.

The strategic performance is to move one major step closer to phasing out internal combustion by accelerating Rimac’s research and development into high-performance EVs. It’s also apart of Hyundai Motor Group’s major “Clean Mobility” initiative as the Korean giant aims to become a major leader in this transition.

“We are very impressed by the Hyundai Motor Group’s vision and prompt and decisive initiative. We believe that this technology partnership will create maximum value for our companies and their customers,” Mate Rimac, the company’s founder and CEO said in the official press statement. “Rimac is still a young and relatively small but fast-growing company. We see a strong investor and technology partner in Hyundai Motor Group and believe that this collaboration will charge the company’s position as a Tier-1 electrification components supplier to the industry. “

Rimac is the company that introduced the radical Concept_One, which boasts a grand total of 1,224 horsepower from four liquid-cooled magnet synchronous electric motors powering each wheel. With a massive network of laptop batteries churning out 90 kWh, the result was a zero to 60 time of just 2.5 seconds and a range of 210 miles. When introduced in 2013, Rimac claimed it to be the world’s fastest accelerating electric vehicle. It was so fast, that former Top Gear host Richard Hammond crashed one on Amazon’s The Grand Tour.

Rimac also just introduced its second electric supercar, the C_Two, which boasts 1,888 horsepower and a zero to 60 time of just two seconds.

Rimac, Hyundai, and Kia will all collaborate to help introduce an electric lineup of Hyundai’s hot new N Performance brand with a new mid-level sports car as well as a high-performance hydrogen fuel cell electric vehicle. Last year, Porsche also got involved by purchasing a 10 percent stake in Rimac.

“Rimac is an innovative company with outstanding capabilities in high-performance electric vehicles,” said Euisun Chung in the official statement, Hyundai Motor Group’s executive vice chairman. “Its startup roots and abundant experience collaborating with automakers combined with technological prowess makes Rimac the ideal partner for us. We look forward to collaborating with Rimac on our road to Clean Mobility.”