Microlino is an Electric Isetta but Cuter

Swiss scooter maker aims to have the EV microcar on European roads by 2018. 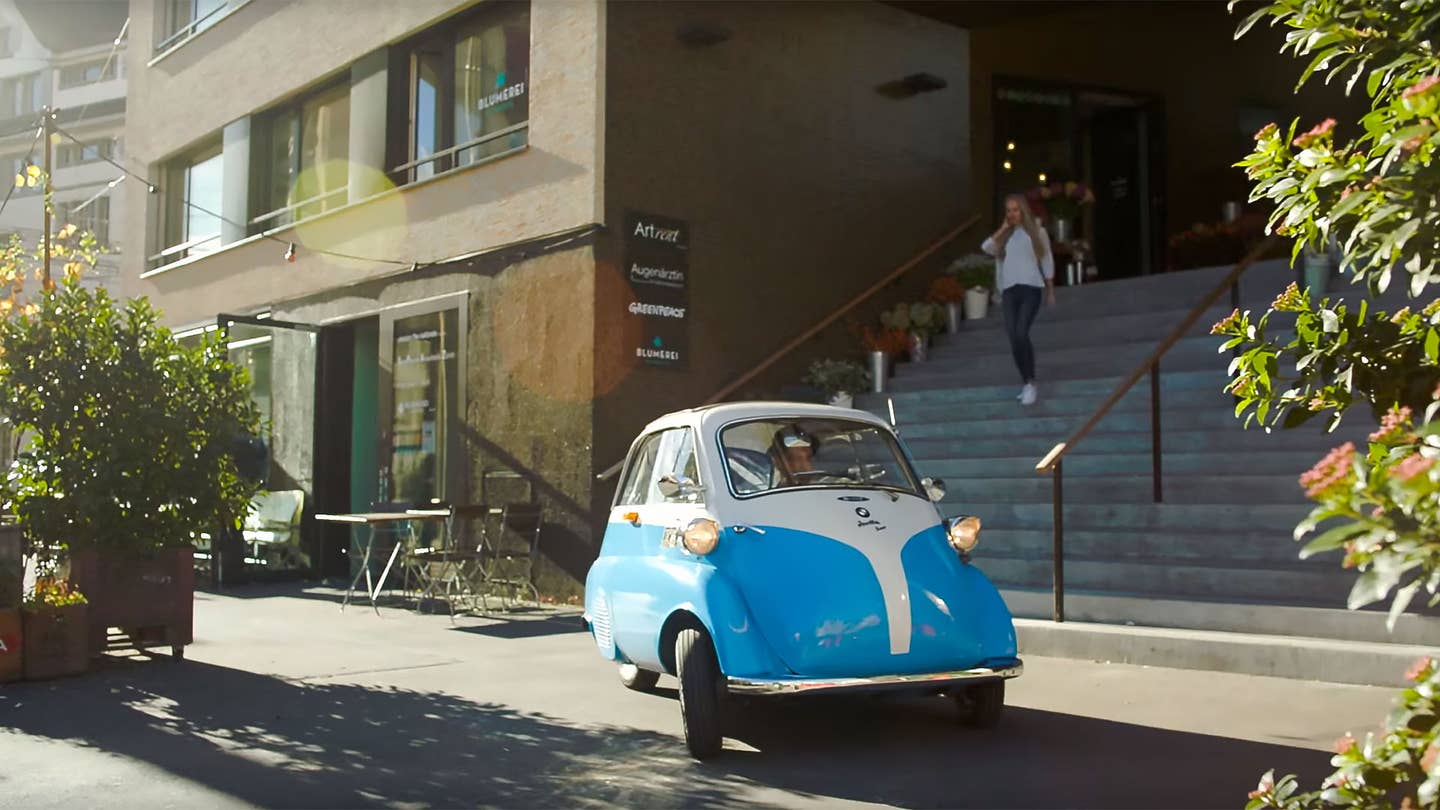 Globally, the Isetta microcar is best known as the “bubble car” that kept BMW afloat after World War II. Designed by Ermenegildo Preti and Pierluigi Raggi for Italian carmaker Iso in 1952, the Italian company licensed its design to three other makers; together they would sell more than 217,000 examples and keep it in production until 1962. When BMW re-engineered it in 1955, their Isetta became the first car in the world to use less than three liters of gasoline to travel 100 kilometers. Swiss entrepreneur Wim Ouboter, founder of Micro-Mobility and inventor of the battery-powered Micro Scooter, wants to resurrect Isetta as an electric vehicle called the Microlino that would put an overdue dose of Dolce Vita back on European roads.

Seem like a stretch for a scooter company to make a car? Micro-Mobility considers the Microlino “a scooter with a roof” and emblazoned its Geneva Motor Show stand with the tag, “This is not a car!” In this case they’re closer than one would think. Developed with the Zurich University of Applied Sciences and the UK industrial artists at Designwerk, the Microlino falls into Europe’s L7e category for heavy quadricycles. That covers transport weighing no more than 400 kilograms not including the battery, powered by a motor of no more than 15kW (20 horsepower). The Renault Twizy and Nissan New Mobility Concept are in the same family, but with tandem seating instead of a bench.

The bubble EV gets on with a lithium-ion battery powering a 15-kW motor from German firm Linde, good for a maximum speed of about 62 miles per hour and a range between 62 and 75 miles. The salient Isetta cues are there like the front-entry door, Pixar-worthy headlight arrangement, and being able to line up two of them in a traditional parking spot or three of them side-by-side. The company showed off its second prototype at this year’s Geneva Motor Show and filled its order books with 500 reservations. If all goes well they’ll begin a small production run at the end of 2017, with Chinese company Kandi Technologies handling the build. Estimated pricing is from €8,000 to €12,000 (from $8,950 to $13,400).

Don’t expect to see the Microlino here, though. Not only would our laws not allow it (even though it has passed a crash test at 31 miles per hour) and US buyers be dubious of a Chinese carmaker called “Kandi,” the original Isetta is familiar to most Americans of a certain age for being the daily driver of Steve Urkel on Family Matters. It’s probably best that we flush that association out of our system before any reintroduction, even if it comes in the obscenely cute form of the Microlino.