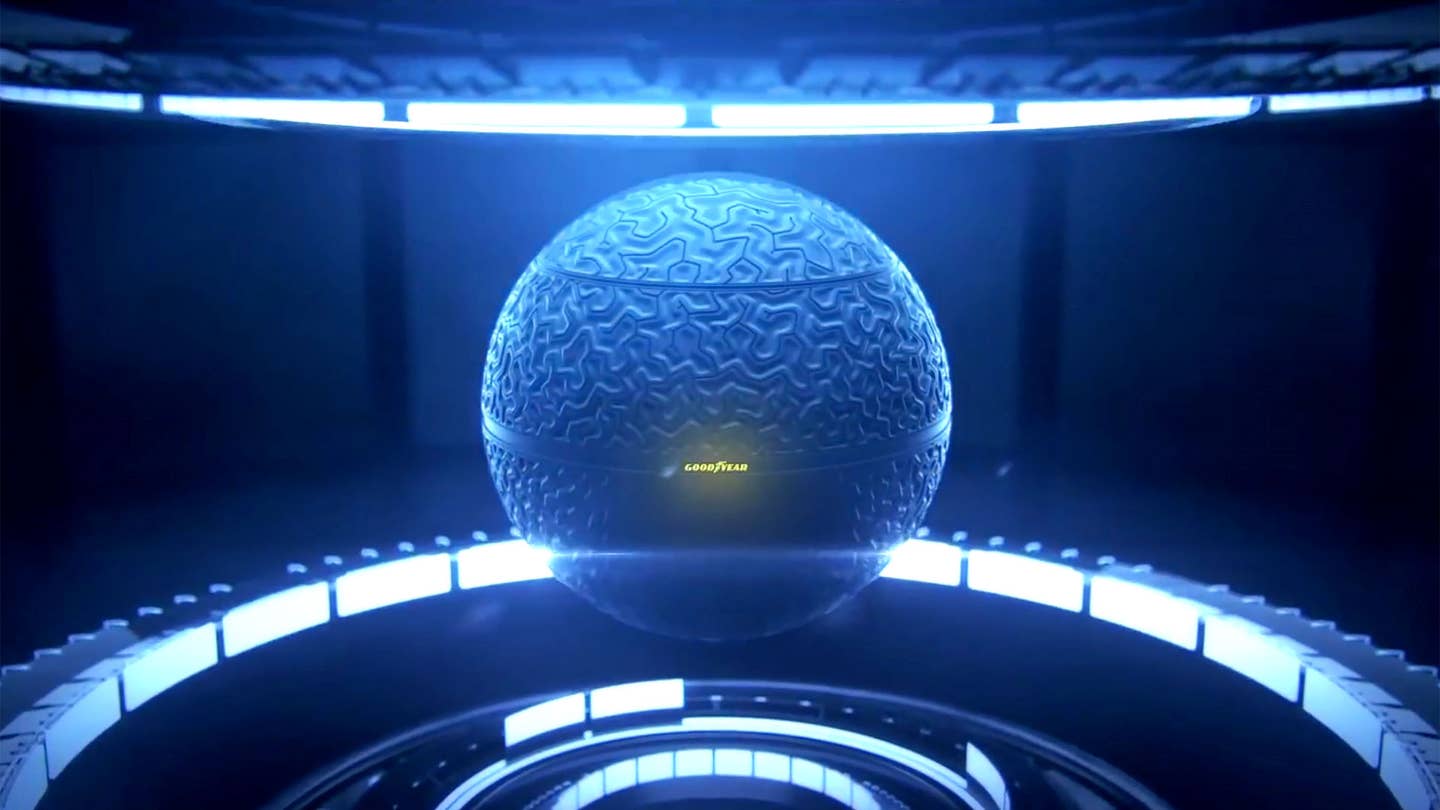 The Bugattis, Koenigseggs and Lamborghinis may draw most eyeballs, but there’s more to the Geneva Motor Show than hypercars. Case in point: Goodyear has unveiled the strangest concept for a future tire in recent memory. It's called the Eagle-360, and it takes everything people assume about tires, then throws it out the window into the icy Swiss breeze.

The biggest change is pretty obvious. Goodyear’s Eagle-360 concept tire ditches the tire’s traditional torus shape for a spherical design that looks perfect for Will Smith’s “I, Robot” Audi RSQ. The rubber ball design would allow a car equipped with Eagle-360s a degree of maneuverability that today’s cars can only dream of; they could crab sideways, rotate around their own axis, or catch and maintain any drift angle.

If the Eagle-360’s tread pattern reminds you of that chunk of gray matter sitting between your ears, there’s a good reason—it’s designed to take after brain coral. It’s also designed to act like a sponge; while firm in dry weather, the tire would absorb water in damp conditions, softening and providing better grip in the wet.

Obviously, a spherical tire couldn’t use a traditional axle or suspension. So, hypothetically, Goodyear’s Eagle-360 would trade those bits for a magnetic setup that'd the car’s body hover above the wheels (orbs?). Embedded sensors would feed a flow of constant data to the car, allowing the tires to rotate themselves, wearing evenly.

Goodyear also showed off a second, slightly more realistic tire called the IntelliGrip at Geneva. Designed for use on autonomous cars, the IntelliGrip would sense road conditions, tire temperature, and other factors, then pass that information along to the car's CPU, enabling it to make better decisions about speed and driving style.

It's still a concept, but the IntelliGrip's less-ambitious design means we're more likely to see it on the road than the Eagle-360. Still, it's nice to see Goodyear isn't afraid to reinvent the wheel every now and again—even if that means turning it into a ball.