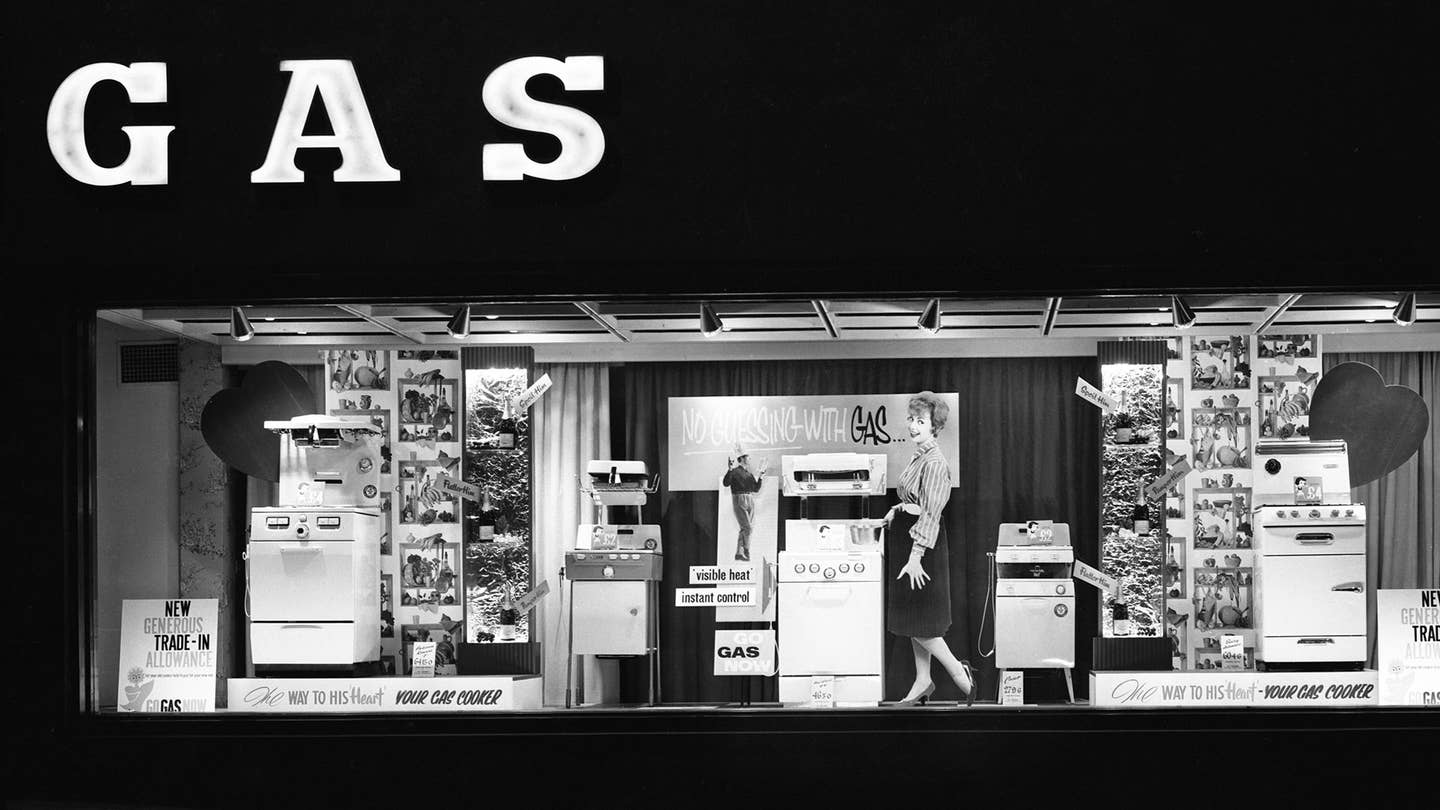 Like good comedy, good advertising should be novel and inspiring, not trade in widely accepted “truths.” The tropes of the put-upon wife, nagging mother-in-law and bad woman driver are boring and moreover, unfunny. Still, Madison Avenue’s copywriters didn’t get the memo for a couple of decades, serving up course after course of softball, sexist drivel. On this International Women's Day, it's looking like times have changed for the better. Most car buyers are women, and the nation's largest company (General Motors) is run by Mary Barra. Now, we live in an explicitly feminest age, when the "blonde" in the Budweiser ad is Amy Schumer; then, major publications ran spreads that compared Subarus to "women yearning to be tamed."  May the ads whip you into giggles and/or an explosive feminist rage.

As far as sexist car ads go, this has a shabby charm. While it still operates essentially within the bounds of sexist tropes (men are solid, rational and intellectual, with minds for mechanisms and numbers; women like shopping), the featured heroine is leveraging her disenfranchisement to steal her husband’s car. Come in like a lamb, all cooing and wooing over the “tidy styling” and “tasteful interiors,” and then, like a lion in an avocado-hued headscarf, use the Corvair’s power, grip and maneuverability to chase down your husband and run him over for being a patronizing, withholding s.o.b. Brava.

First of all, “Ralph” is sporting a blue-and-white striped mock turtle and a Rock Hudson coif, so any romantic coolness this woman feels should not be taken personally. Yet, Ralph’s 4-speed synchromesh-fondling brand of pre-Stonewall self-repression isn’t the issue. Rather, it’s the female character’s simpering servitude. She's depicted with a spine as limp as Ralph making an attempt with the lights on. In the language of a long-suffering wife learning to bear the presence of her husband’s mistress, our tragic heroine expresses her new understanding of her place in the “triangle”: She’s around to curate the 8-track, bat at the 4-speed and clean the seats. Tragic heroine: Dump Ralph, get a Beetle and head to California.

Especially in the Sixties, words like “extravagant” and “fattening” tended to have a chromosomal bias. But the hook here, in an early act of “negging,” all but purrs, “Ladies, we know you’re all just pretentious dieters with Louis XIV tastes.” Perhaps because the concept of advertising a performance car to women was altogether too strange, the writers immediately redirected the copy to a male audience: The Chevelle is for the “guy who’d rather drive than fly.” Female drivers of the Sixties: insulted, then ignored. No wonder the model looks peeved.

It’s a simple conceit: Men are sporty and daring, women are practical and domestic. So, the couple buys its respective cars, and things are fine for a while. She does the errands, smokes with the baby, practices her bust exercises. He drives the Spider home from the steakhouse after six martinis, gets rebuffed by the secretary who, again, does not need a ride, and forces the mailman to listen to a lecture about his car’s Superior Italian Styling. One night, after a double-date with the neighbors and a couple tumblers of scotch, he drives himself and the babysitter into a sycamore, his severed hand on her thigh the only recognizable parts. The wife? She’s fine. Burt the mailman makes her feel things she has never felt before. On the way back from the wake, she buys a Corvette. Gender is a fallacy. Monogamy is impossible. Love is a lie.

This image of a husband soliciting a pledge from his wife, like an overbearing scoutmaster, is pretty crass, as is the idea that any sentient, photophilic human with access to a car would promise always to privilege “washday blues” over “scenic views.” We offer alternate copy: Before buying your wife a new cross-flow Cortina, inquire if she might like to author an enfranchising pledge to herself, her sisters-in-arms, Elizabeth Cady Stanton’s ghost and the memory of the fierce one-breasted Amazons. Encourage her to act in her own self-interest; the world, after all, is her domain. Then, pledge to do your own damned laundry, and to provide two-thirds of your own salary as reparations for her years of thankless work. Pay her speeding tickets, and may she accrue many.

The dustbin of history keeps regurgitating its contents. While it is unlikely Subaru (or any other brand) would compare its latest product to a “spirited woman who yearns to be tamed,” Robin Thicke had a top hit in 2013 crooning, “Tried to domesticate you/But you’re an animal/Baby, it’s in your nature.” The premise—that owning a Subaru GL Coupe would be like owning a woman—is inherently flawed. Of course, a man cannot own a woman, nor be her “master,” nor “control [her] every movement.” Comparing a woman to a car, especially when that car is an entry-level Subaru, is poor form. Why was Subaru chasing the Neanderthal dollar? Thank Sapphos it has totally revised its marketing strategy.

There’s a lot to love about this era of Volkswagen advertising. In the late Fifties, Doyle Dane Bernbach produced simple, funny, self-deprecating ads that championed the simple joys of Volkswagen Beetle ownership. Campaigns like “Think Small” and “Lemon” are recognized as peaks of the form. However, while this ad keeps the black-and-white scheme and engaging formatting, the copy itself is regressive. The crux is the absolutely exhausted trope that women are bad drivers. (Statistically, men are responsible for the lion’s share of car accidents, especially fatal ones. Like, over 70% of them.) Stripped of its clever language, the message remains: Your wife is a doe-eyed, bosomy lump with the intellectual verve of a blintz and a finger-on-the-wheel, head-in-the-clouds driving style that will cost you money. Goldie Hawn, if her shtick weren’t shtick, is losing a demolition derby on your dime! Why did you even marry that devil in a mini dress?! The ad looks good, reads dumb. A rare miss for Volkswagen.

And now, for a lovely respite, a Honda ad based on the simple premise that, hey, women love driving, too. A uterus rarely gets in the way of a snick-snick shift from second to third, and a size 8 women’s is just as adept at pumping the clutch as a 12 men’s. The gendering of cars, like the gendering of soaps, razors, clothes and bathrooms, is altogether pretty arbitrary, so it’s nice to see Honda recognizing as much back in the Seventies. (Maybe the androgyny of David Bowie and Grace Jones jolted the copy writers to attention?) Then as now, pretty much everyone loves a Honda with a manual transmission.