Croatia’s electric hypercar is about to get some TLC from one of the brightest minds in the electric car biz. 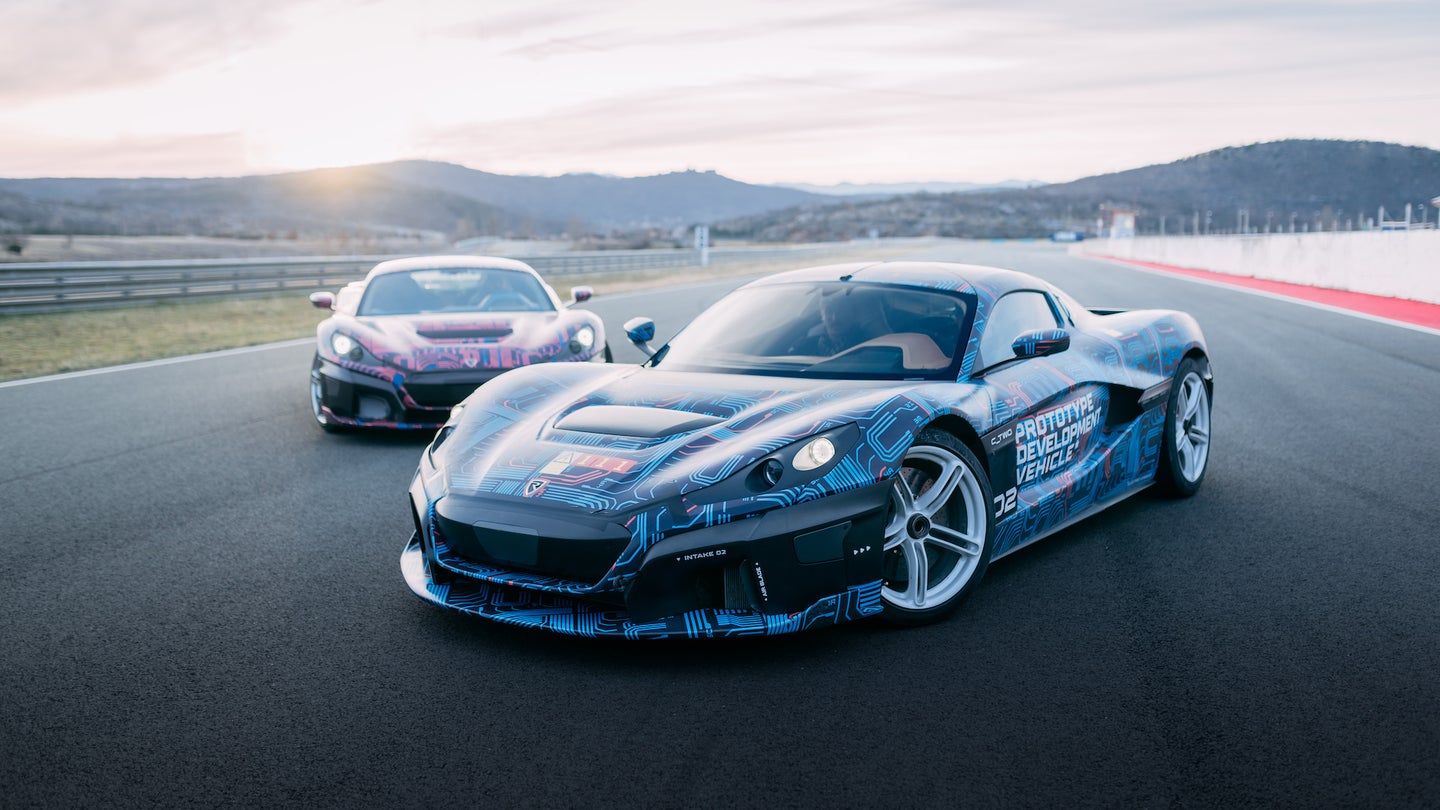 Many companies have tried to surf the Tesla-driven rise of electric cars, but few have shown the ability to hang ten like Croatia's high-tech dark horse Rimac. Despite being rolled off a Swiss hillside on The Grand Tour, its Concept_One prototype wowed Porsche, which purchased a minority stake in the company and paved the way for later investment by Hyundai. Rimac remains one of the few electric vehicle startups worth taking seriously, and its already bright prospects have become even brighter with the shrewd hire of former Aston Martin, Apple, and Tesla engineer: Chris Porritt.

Porritt's trajectory toward Rimac began with a stint at Aston, where he served as chief engineer for the V12 Vantage Zagato and One-77 hypercar. In 2013, he took up the mantle of Vice President of Engineering at Tesla; a role that catapulted him to a senior position with Apple's Special Projects Group in 2016. Porritt labored there—presumably over the long-rumored Apple electric car—until earlier this month, when he joined Rimac as its Chief Technology Officer, a role in which his hobby of vintage racing will help him fine-tune the 1,888-horsepower C_Two electric hypercar.

"The opportunity to join Rimac Automobili is an engineer's dream. Since nearly every key component is designed and built in-house by Rimac, this gives us the freedom to create something that's unlike anything else that has been done before in the hypercar world. Rimac is the perfect place to use my combined experience in the engineering of supercars at Aston Martin and the EV engineering experience I gained in California," commented Porritt in a Rimac release.

"What the team has already achieved with the development of C_Two thus far is phenomenal, and I look forward to guiding the engineering development of future Rimac products that will push the envelope of performance."

Porritt, however, may want to be careful not to repurpose too much of his EV expertise, lest he attracts legal bullying from Tesla. This week, the Fremont-based car manufacturer sued nascent electric truck producer Rivian, accusing the Ford-aligned company of systemically poaching its staff, and encouraging them to steal trade secrets. It's odd behavior for a company whose blog boasts about sharing patents to accelerate the adoption of EVs.

Tesla’s skyrocketing stock price has lifted up all the EV startups—but so has a mysterious financial tool that’s captivating Wall Street right now.