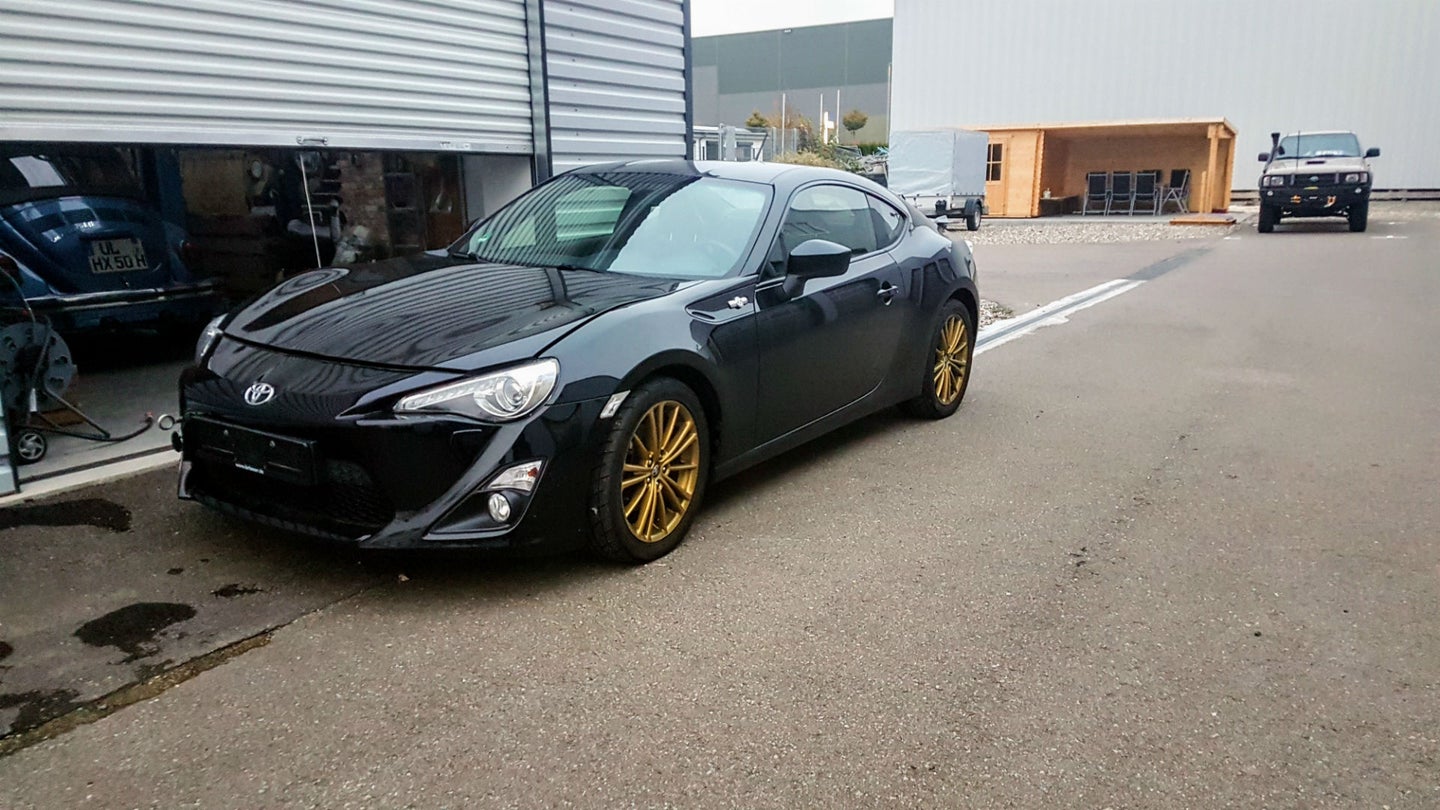 With its noticeable torque dip and sometimes-problematic valve springs, the 2.0-liter boxer engine powering the Toyota 86 and Subaru BRZ has always been the cars' weakest link. One German tuner has taken things into his own hands, swapping the flat-four out. However, instead of a cliched 2JZ straight-six or LS V8 swap, Philip Schuster has gone for a powerplant that doesn't feature any cylinders at all: the electric motor out of a 2014 Nissan Leaf EV. To be clear, that's the frumpier-looking first-gen Leaf and not the current one that Nissan has built race cars and hot Nismo versions out of.

Even so, Schuster says the car now makes around 200 horsepower and 295 pound-feet of torque, according to Australia's Whichcar. Compared to the stock internal combustion engine, that's pretty much the same amount of power but almost double the torque available instantaneously. In terms of drag times, the switch to electricity is a marked improvement.

Interestingly, this Leaf-powered 86 retains the factory six-speed transmission hooked up to the electric motor by a custom adapter plate and a Honda clutch. Schuster also creatively spread out the 48 battery modules throughout the chassis, putting 16 of 'em under the hood, 12 where the 86's fuel tank used to sit, and 20 in the spare tire storage underneath the trunk.

It's unclear what replacing the 2.0-liter with Nissan's electric powertrain has done to this car's overall weight and balance. In any case, however, it's mechanical proof that once the oil runs out, the basic and affordable rear-drive sports cars need not die.

You can view the entire build thread on Philip's car via the Openinverter forum.